Yass, Stonebwoy is out there trying to get Ghana noticed.

Yes, he is doing that by making sure his name is mentioned at the international level.

The year 2017 was big for Stonebwoy – among other amazing things he got signed to Zylofon Music, got married and launched his “Epistles of Mama” album.

According to reports, Stonebwoy and his wife, Dr Louisa have had a child; as the home is flourishing so is his music career. 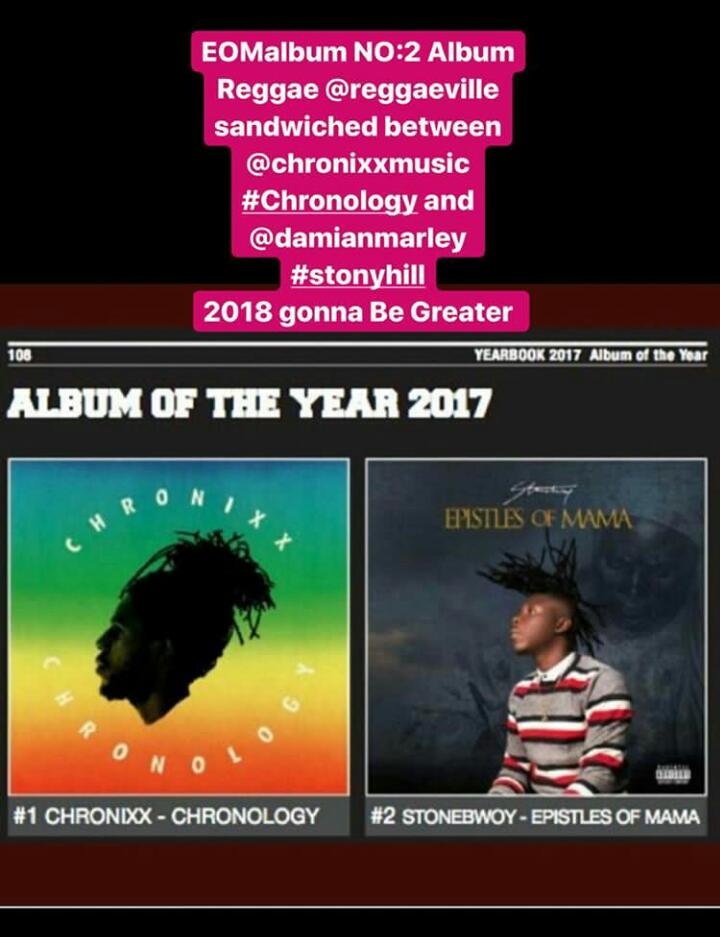 Announcing this via Instagram stories, Stonebwoy said “We received votes from more than 3,300 registered users.

See Also: Epistles of Mama by Stonebwoy is OUT! Stream And Download Here!

See Also: UPDATE: Heads Must Roll For This Unforgivable Blunder By BBC Africa

Big up man, making Ghana shine all over the world.