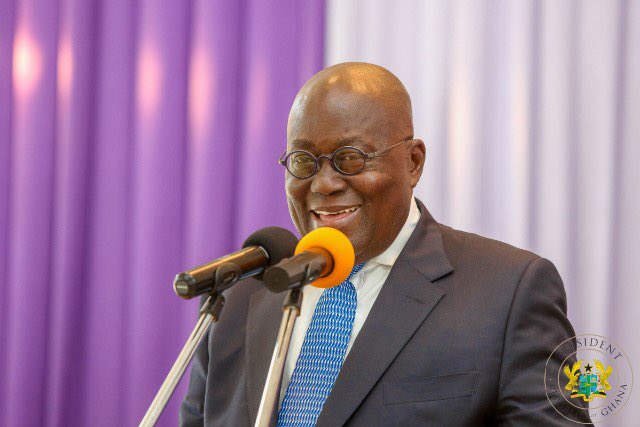 Yes, today the President Nana Addo Dankwa Akufo Addo took over our Twitter timeline. The hashtag #NanaAt1 was all over the place.

If you missed it, we are here to draw your attention to super boring things the president said about the youth (of which you’re one) when the media met him at the Jubilee House.

Yes, a lot was said about corruption, illegal small-scale mining micro and macroeconomics indicators and since we don’t want to lose you, let’s end it there.

However, if you’re an unemployed young person and you’re looking to secure a government job because you think H.E Nana Addo will fight the IMF and recruit government workers, then you need to renew your mind.

According to the President, “the solution to the unemployment crisis lies with the SMEs and with the large-scale industrial enterprises” not the government.

Government’s role in this is trying to grow the SME through the National Entrepreneurship & Innovation Plan (NEIP) that is responsible for providing an integrated national support for start-ups and small businesses.

“We have set out 5 main areas that will grow the economy – agriculture, energy, industry, education and health,” he said.

“The grimmer story of youth unemployment has been a part of our lives for far too long. I knew my job was cut out when I became president,” he added.

Kuulpeep, if you have a business idea, you need to pack your documents and head to the NEIP. Helping you start your own business to employ other young people is their purpose of existence.