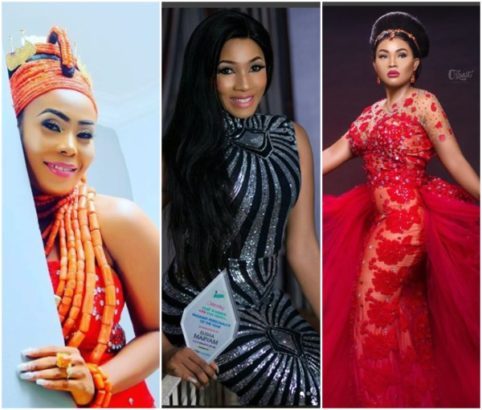 You were thinking that the Red Dress Saga was over right? Well as of today, things have taken a legal turn. The victim of the scandal has filled a lawsuit against the designer Rikaotobyme and the celebrity Mercy Aigbe who wore the dress. Thanks to the Internet, we have obtained a copy of the Lawsuit file the Victim filed. 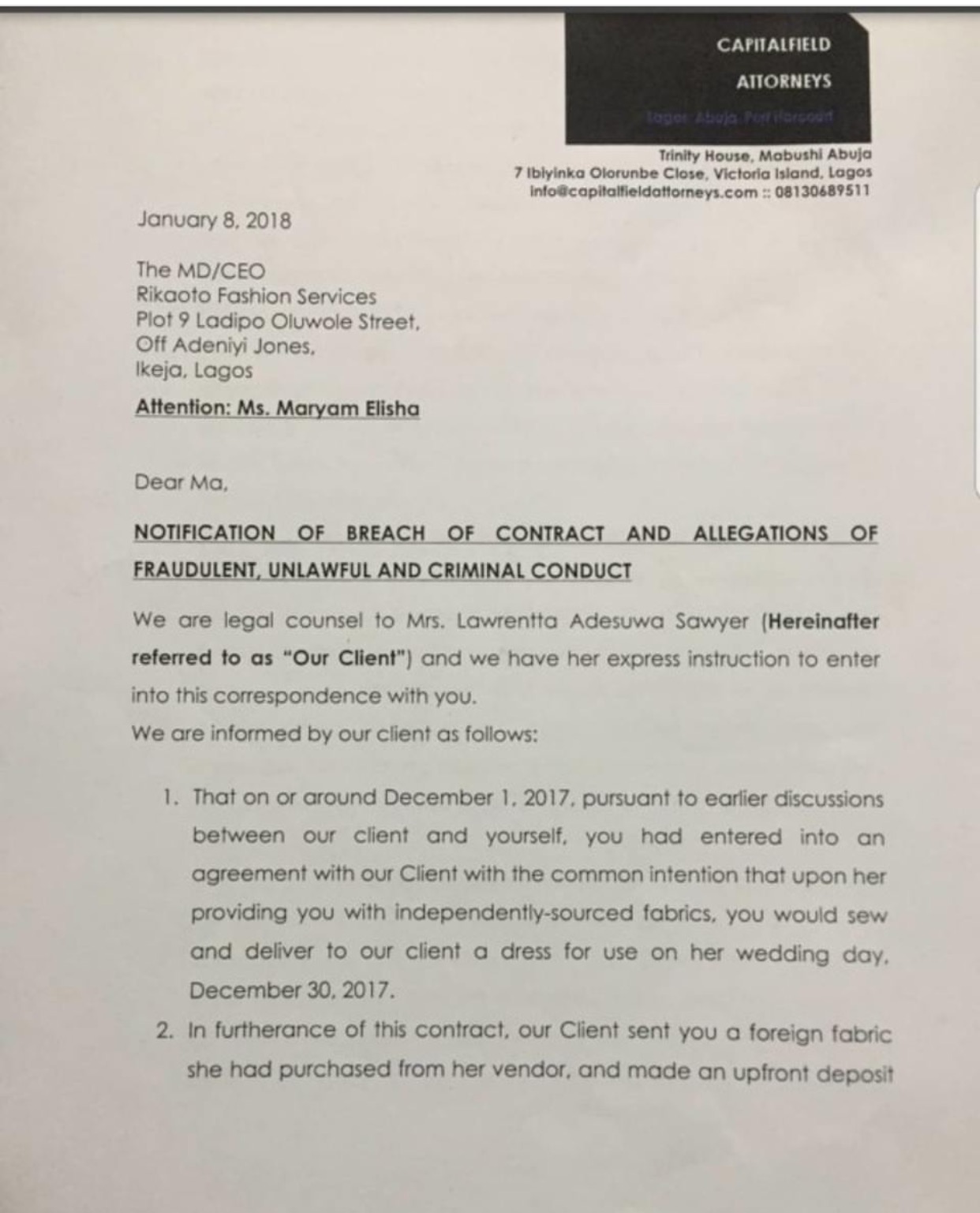 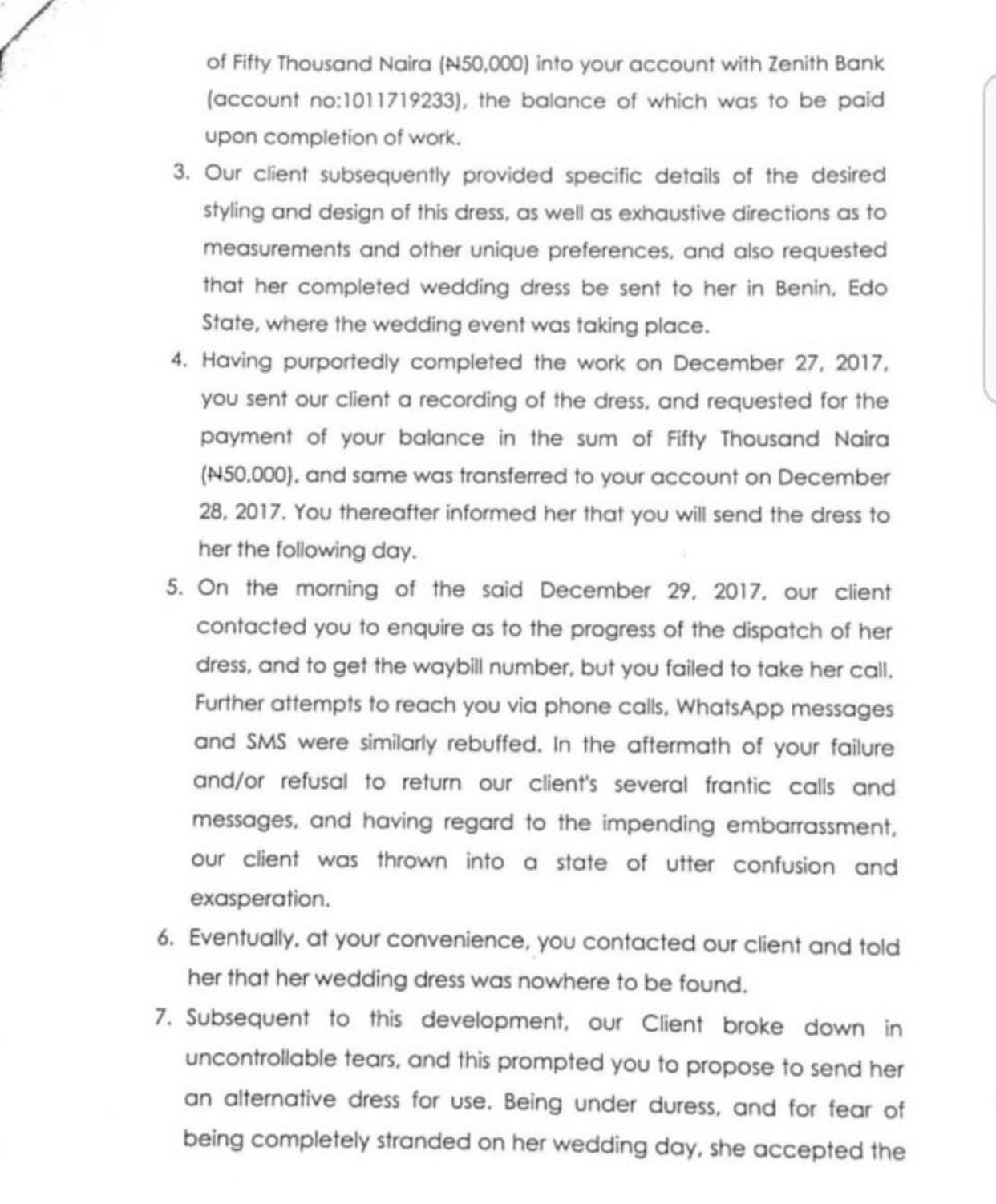 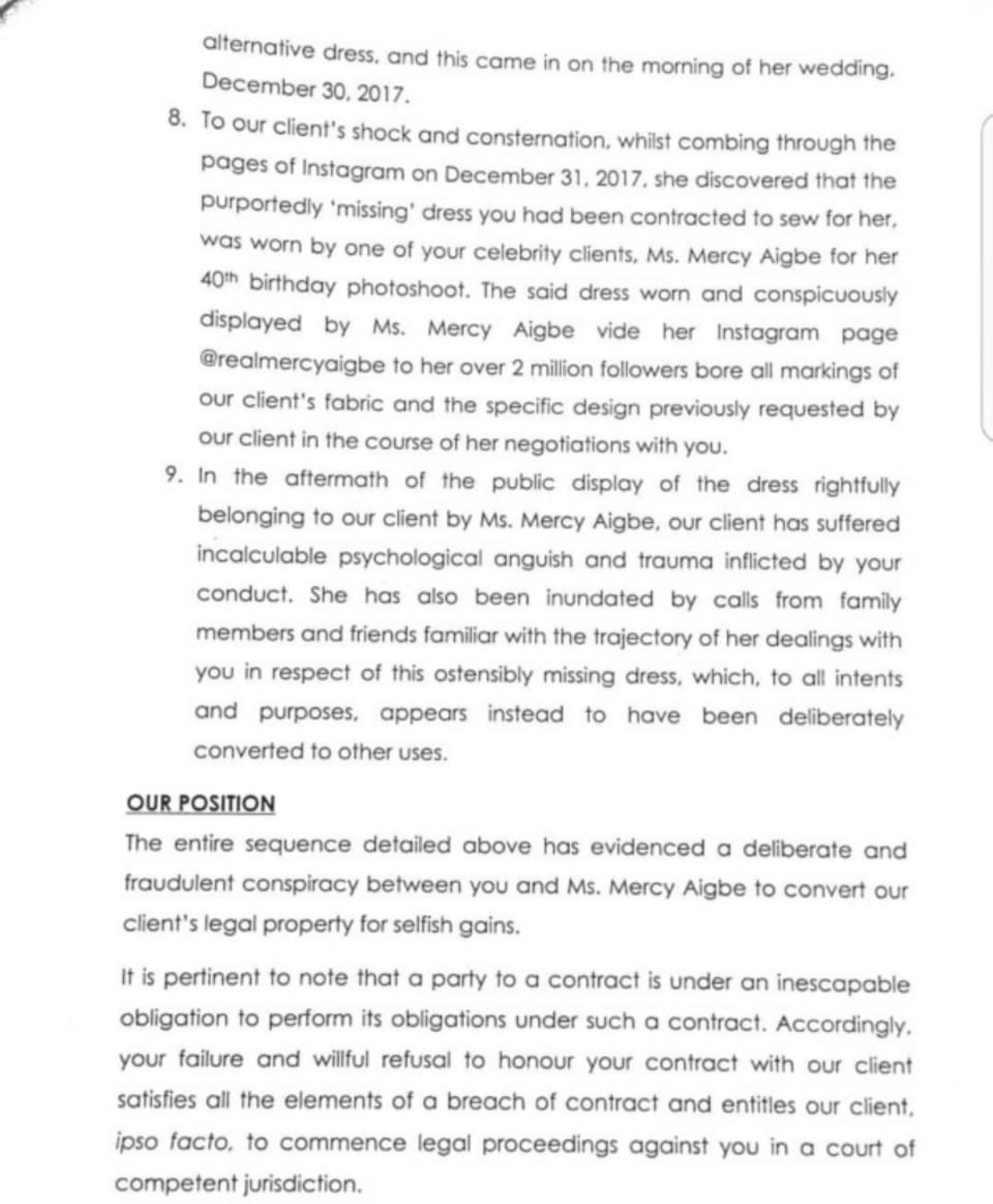 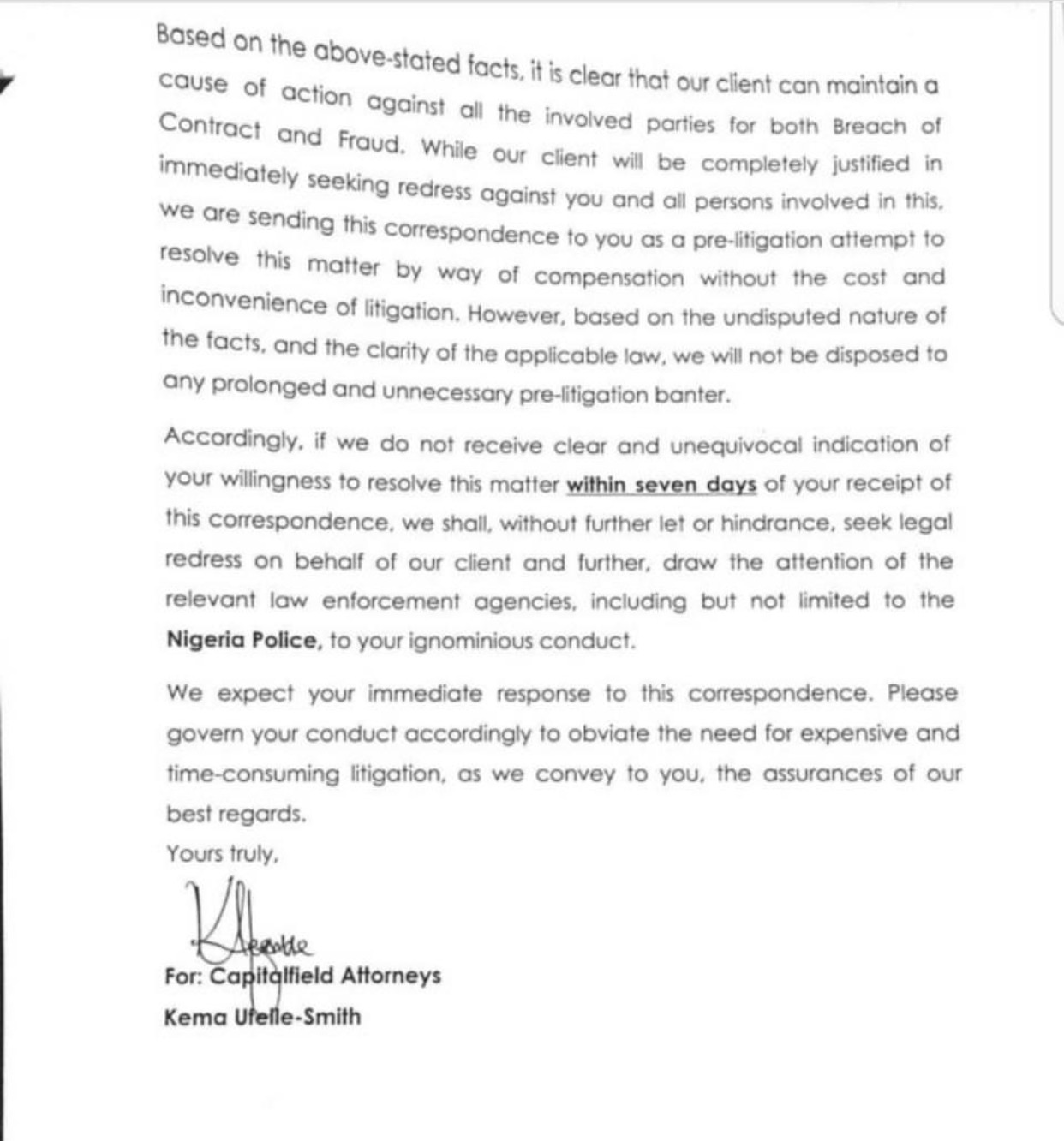 In case you have no idea what is going on, here is a summary of the drama that is unfolding. Once upon a time, there was a bride to be (Lawrentta Sawyer) who hired a designer Rikaotobyme to design her wedding dress. Lawrentta made a deposit towards her wedding dress only to be disappointed.

She never received her dress, she called the designer to no avail, leaving her to improvise on her wedding day. The day of the wedding she got on social media only to see her dress being worn by the actress Mercy Aigbe for a photoshoot. Can you imagine dealing with such disappointment on your wedding day?

The bride later took to social media to discuss her ordeal. After the incident went viral the actress made a statement stating that she had no idea that the dress belonged to anybody because she hired a stylist who styled her for the photoshoot. The stylist Seun also stated that when she went to go pick up the outfits for the photo shoot the designer never informed her that dress belonged to another client.

The designer finally came out with a statement of an apology to all the parties involved in the situation. But the bride is saying an apology is not enough, she did not deserve such treatment on her wedding day. The internet trolled the designer for days and it looks like the drama is just warming up.

The designer has 7 days to respond to the legal papers served to her. So stay tuned as the drama on folds. 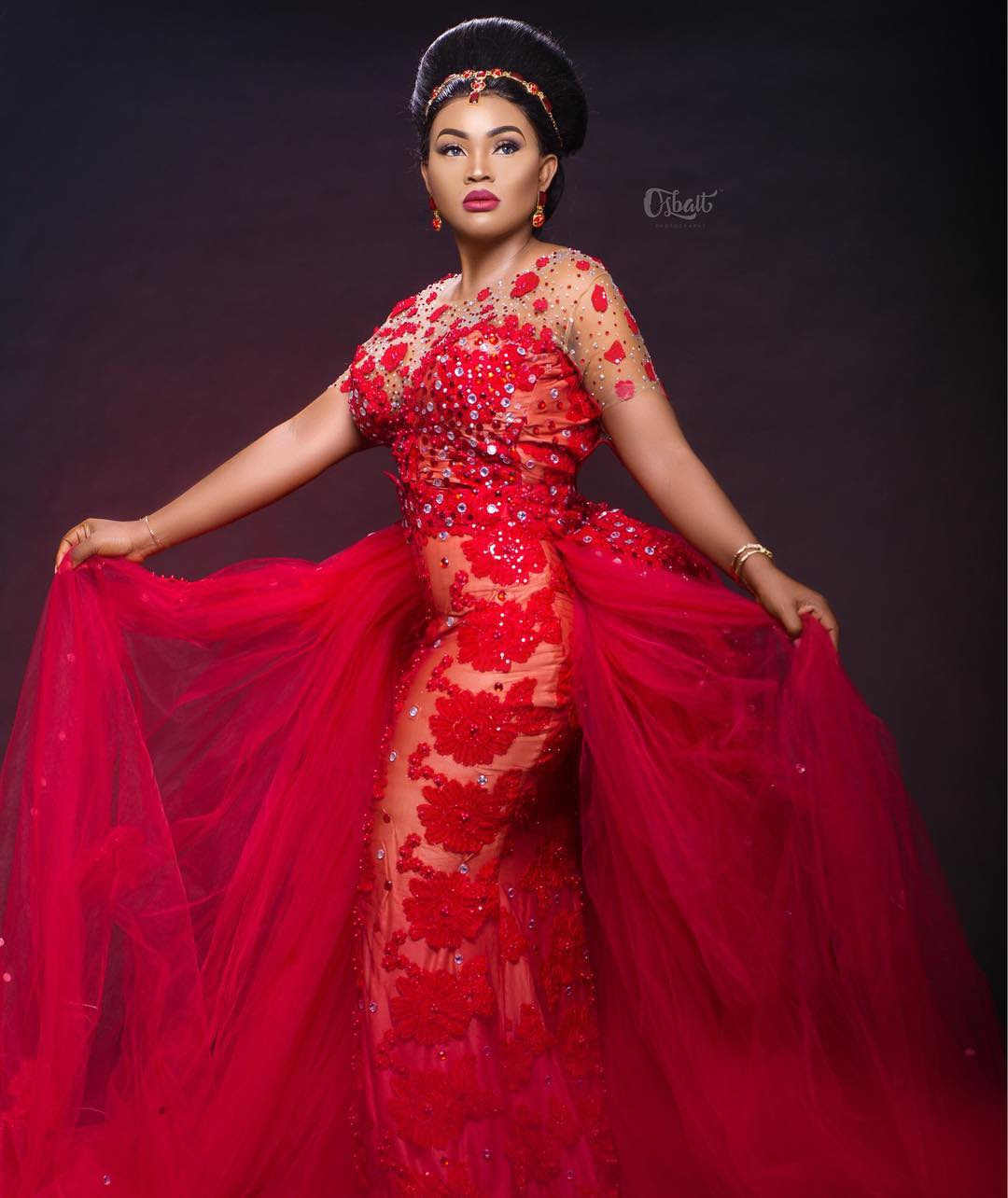 The dress is beautiful but it is not about the dress, it is about the fact that the designer was not professional and acted in a fraudulent way… Issa scammer!!