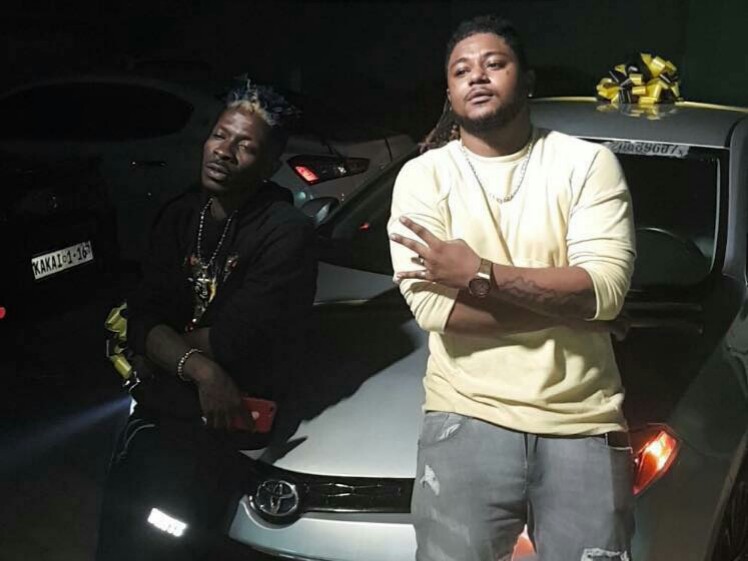 Self-proclaimed dancehall King, Shatta Wale, last night surprised a member of his clique, Captan Abdul Kadir with a brand new Toyota Corolla as an appreciation for his loyalty and commitment to the Shatta Movement Family.

Captan was featured on two of Shatta Wale’s hit songs last year, “Taking Over” and “Forgetti”.

This is however not the first time Shatta Wale is giving out a car as a gift. He bought a Maserati for his friend, Solash, last year.

He also gave out a brand new car to a lucky fan at the festival of lights at the beginning of last year.

See Also: Shatta Wale Gave One Lucky Fan A Car At The Festival of Lights

It seems like Shatta Wale is a man who likes giving. Big ups to him!