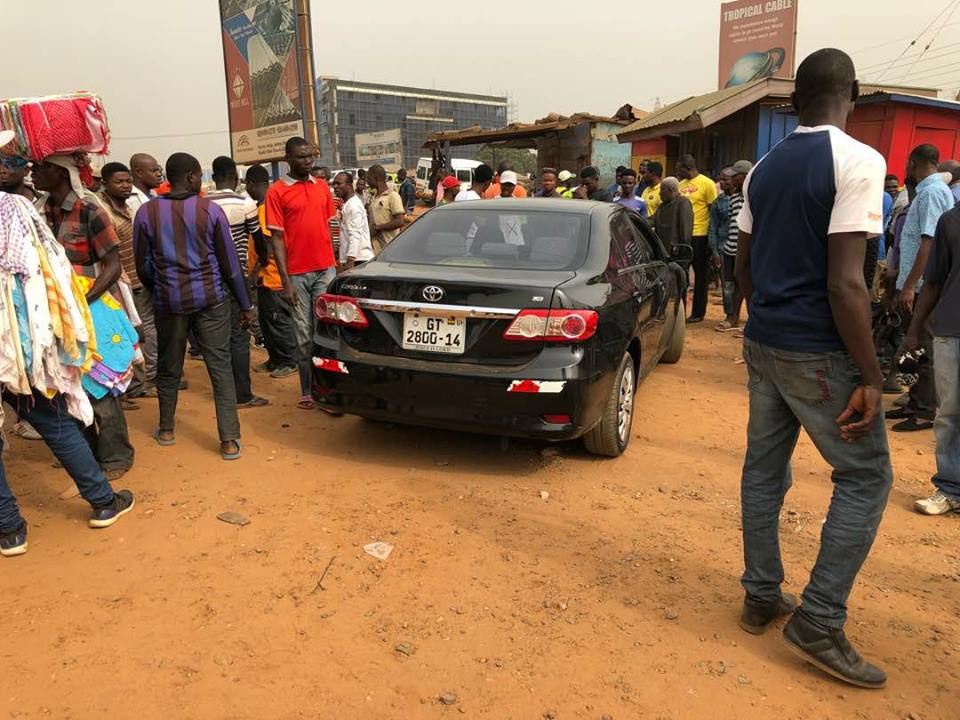 This man probably had the shock of his life when instead of the police helping him, they neglected him.

According to a post that has received over a 100 shares on Facebook, a man who felt he was being followed by robbers drove straight to a junction that had 6 police officers only to be disappointed.

Check out the full details below: 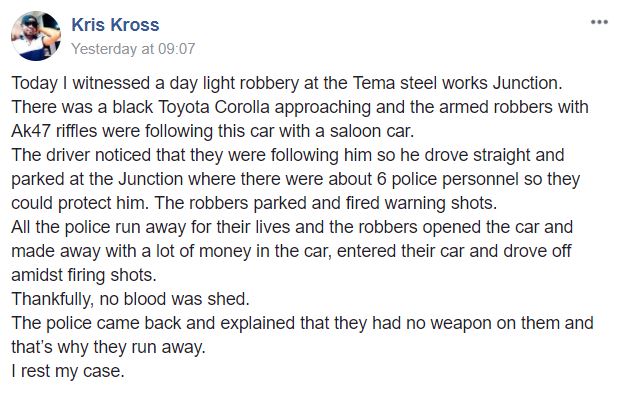 These pictures were taken after the unfortunate incident. 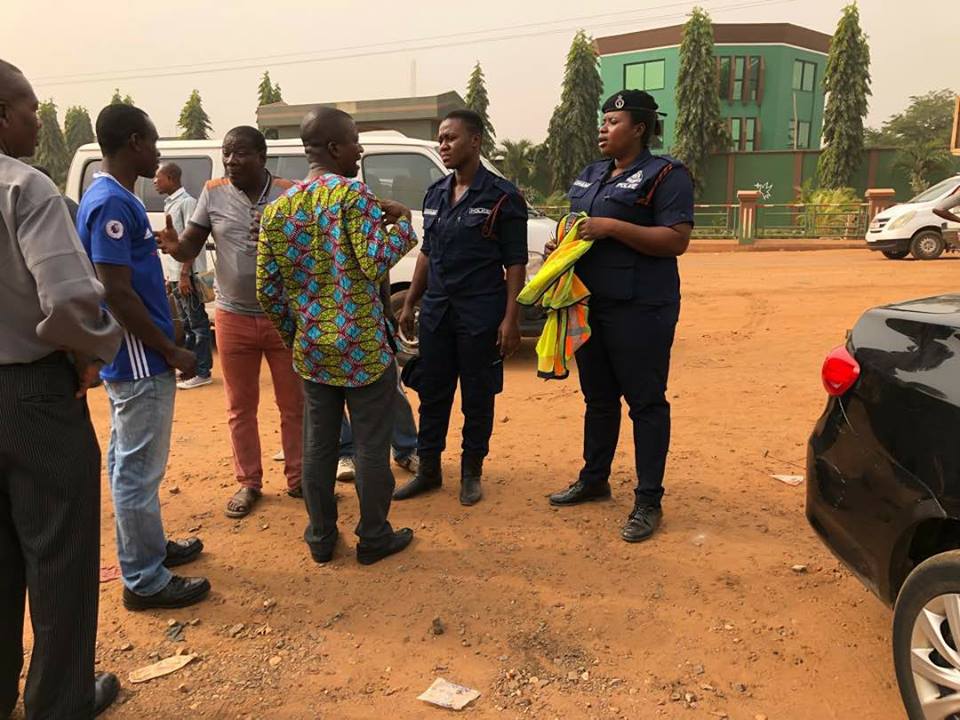 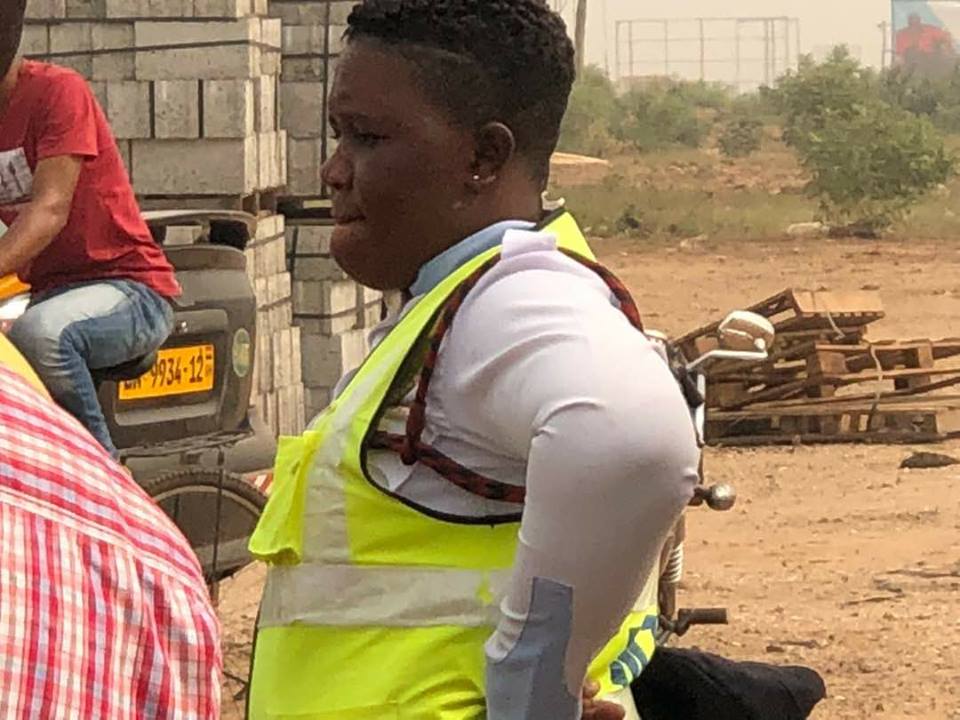 The question we are however asking is, are the police officers supposed to have weapons on them or not??

We have come across a couple of them at checkpoints who were armed and went about their duties.

How then is it that at the point where we needed them to have arms and save the day they didn’t have any?