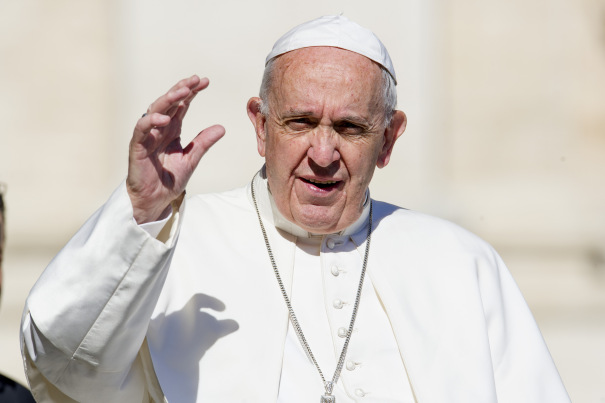 Kuulpeeps, left to Pope Francis alone, the Lord’s Prayer, as you know it will be changed.

Apparently, the Catholic Pope does not like a line in the centuries-old Lord’s Prayer.

Pope Francis has called for a translation of a phrase about temptation in the Lord’s Prayer to be changed, the BBC reports.

The current wording in Mathew 6:13 says “and lead us not into temptation” is not a good translation because God does not lead humans to sin, he says. 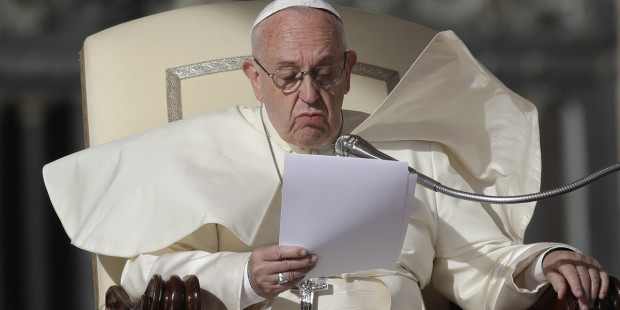 His suggestion is to use “do not let us fall into temptation” instead, he told Italian TV on Wednesday night.

The Lord’s Prayer is the best-known prayer in Christianity.

The pontiff said France’s Roman Catholic Church was now using the new wording “do not let us fall into temptation” as an alternative, and something similar should be used worldwide.

“Do not let me fall into temptation because it is I who fall, it is not God who throws me into temptation and then sees how I fell,” he told TV2000, an Italian Catholic TV channel.

“A father does not do that, a father helps you to get up immediately.”

It is a translation from the Latin Vulgate, a 4th-Century Latin translation of the Bible, which itself was translated from ancient Greek, Hebrew and Aramaic.

So Kuulpeep, which one is it for you?