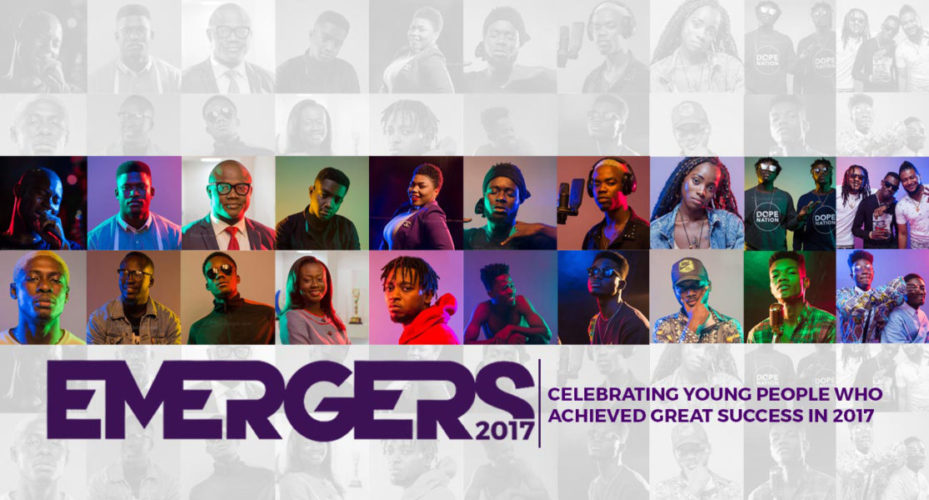 When we started the year 2017, everyone looked out for their favourite personalities in the industry and looked forward to what their idols had in store for them.

No one expected that this year was going to have a new crop of personalities who were going to make changes to people’s playlists and have a relook at what their interests could also be.

These fresh blood have brought new genres and interests into the existing industries, cutting across from music to film to lifestyle to fashion to media and even culinary.

The most notable trait with these individuals is that they are very young and carry around an energetic vibe and positive aura that is hard to miss.

Initially, half of us were confused as to what they had to offer, because the difference between what they were bringing on and what already existed was really HUGE.

The doubt of the masses, however, did not kill these ever-determined souls; it is safe to say that they used it as the yardstick to prove why they needed to be recognized.

Kuulpeeps.com, a platform that recognizes the efforts and achievements of young people decided that they needed to let people know what the background story of these individuals was and that led to the concept of EMERGERS 2017.

Through a poll conducted on social media, we were able to put together a list of individuals who emerged this year and had made an impact with their talent on the general public.

After the polls, the response on social media was shortlisted to the following people (not in any particular order):

For the next few weeks, we will be profiling these individuals and get to know who they are and what their background is.

We would also get to find out some things about their personal life and what their thoughts are about the everyday happenings around us.

For those of you that know these individuals for just their art, this will be an opportune time to get to know them on a more personal note and for those who are yet to discover who they are, this is the time to orient yourselves as to who these talented folks are and why they mattered so much in the year 2017.