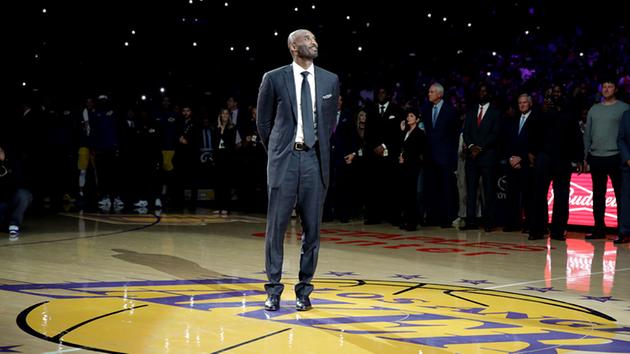 Kobe Bryant aka “The Mamba” retired last year with a spectacular 60 point performance against the Utah Jazz. His great career finally came to an end last night when his No. 8 and No. 24 jerseys got retired at the Staples Center.

This, however, means that no player in the future of the Lakers franchise will have the No.8 and No. 24 jerseys. Kobe’s legendary jerseys were put up on the rafters and will be there for generations to see. He won three NBA titles with the No. 8 jersey and two NBA titles with the No. 24 jersey. Kobe Bryant is an 18-time All-Star, a 4 time MVP and the leading scorer in franchise history. Kobe played 20 seasons for the Lakers and he becomes the 10th player in the history of the Lakers to be honored with a jersey retirement ceremony. He attended the ceremony with his wife, Vanessa and his three daughters Natalie, Bianka and Gianna.