The Parish Priest of St. Kizito Catholic Church, Nima, has entreated Christians to be each other’s keeper in love and harmony.

“We should live in brotherly love and fully dedicate ourselves to the service of God.”

This message was contained in the homily at the Inaugural Thanksgiving Mass of the St. Thomas Aquinas Commandery number 911, Knights of St. John International, Legon on Sunday, 22nd October, 2017. The Commandery was inaugurated, having received an official charter from the Supreme Commandery in New York. In all, 29 members were initiated into the Order.

He blessed the newly initiated and admonished them to be the light of the world. The various officers were outdoored by the Grand Secretary.

The Knights of St. John International is a Catholic Fraternal Order, with headquarters at the Supreme in the USA. The semi-military Order is formed on the pillars of faith hope and charity. The St. Thomas Aquinas Commandery #911 falls under the Accra West Grand Commandery. 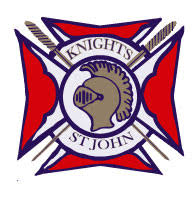