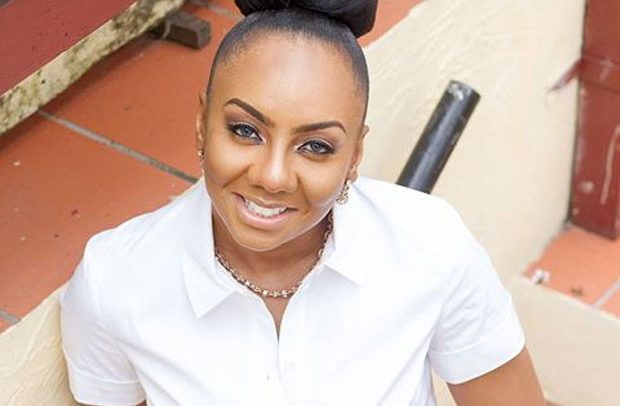 You might have heard some stories surrounding Miss Ghana.

You might have also heard the name Inna Patty in these stories. Let’s tell you everything you need to know.

This is Ms Inna Patty.

She’s the CEO of Exclusive Events, the company in charge of organizing the Miss Ghana pageant.

Inna Patty is also a former winner of the pageant. She was crowned Miss Ghana in 2004.

Ms Inna Patty has been in the news because she’s being accused by three former Miss Ghana winners of dishing them out to men for monetary gains.

Three former queens of the pageant in a recent audio conversation from Ghanacelebrities.com revealed that Inna ‘used’ them for her selfish gains. 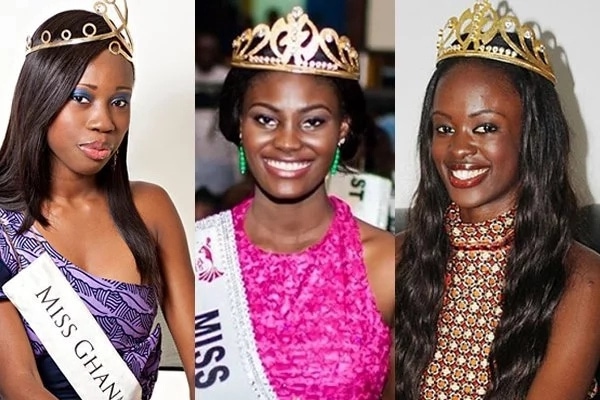 According to the three – Stephanie Karikari (Miss Ghana 2010), Antoinette Delali Kemavor (Miss Ghana 2015) and Giuseppina Nana Akua Baafi (Miss Ghana 2013) – being part of the pageant is the most terrifying thing they have experienced, adding that it is not as glamorous as it may seem.

See also: This Is What People Had To Say About Inna Patty And The Miss Ghana PR Nightmare

“She is vindictive. She told me to my face that I was ugly. She asked me to raise GH¢10,000 a month and sends me to meet men, adding I should be ‘nice’ to them,” Stephanie said.

Inna Patty is yet to comment on any of these allegations.

Inna Patty was supposed to be on Okay FM earlier today to have an interview with Abeiku Santa surrounding the issue but she didn’t show up.

A statement has been released by Ms. Patty’s law firm debunking the above accusations. 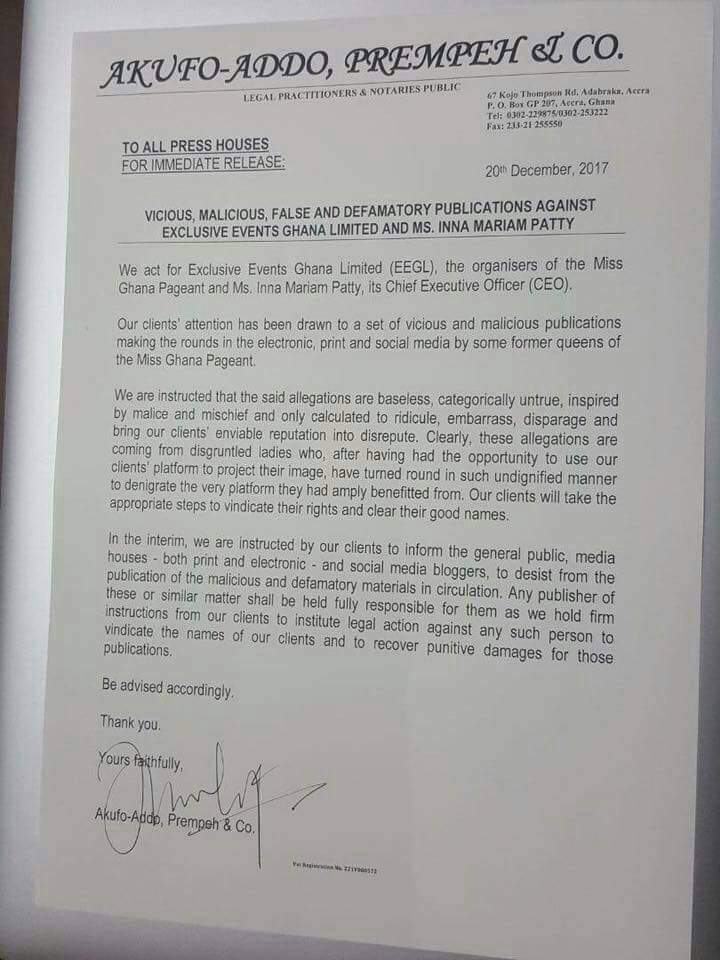 The whole issue has got a lot of people talking on social media.

Ladies please beware of @innapatty she’s a pimp and a liar.
She needs to be dealt with. ASAP#innapattythethief

How a woman uses her follow women to enrich herself. Inna Patty should be seriously investigated. https://t.co/00B2ZT9Wby