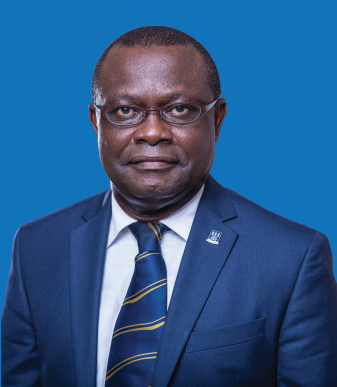 After the stabbing incident in Commonwealth Hall on Saturday, many people have been speculating on the suspect’s student status. Although it was established that the victim, Chief Tipsy was an old student of the University, people are still not sure whether or not George, the suspect also is an old student of the school, especially as his Facebook account states he ‘studied at Legon’.

He expressed his condolence to the victim’s family and assured them that the University is heavily involved in assisting the police in their investigations. He went on to let the public know that the lives of the students and lives of the people on campus are not in danger or in any way affected by the incident and insisted that the whole situation had nothing to do with students.

“It has nothing to do with students, they are not students. The hall management is trying to look at it. They are meeting and they are also doing their own investigations but no one should try and drag our students into this.”

The University’s Counseling and Placement Center has also informed students that their offices are open to anyone who is traumatized by the events which took place on Saturday.