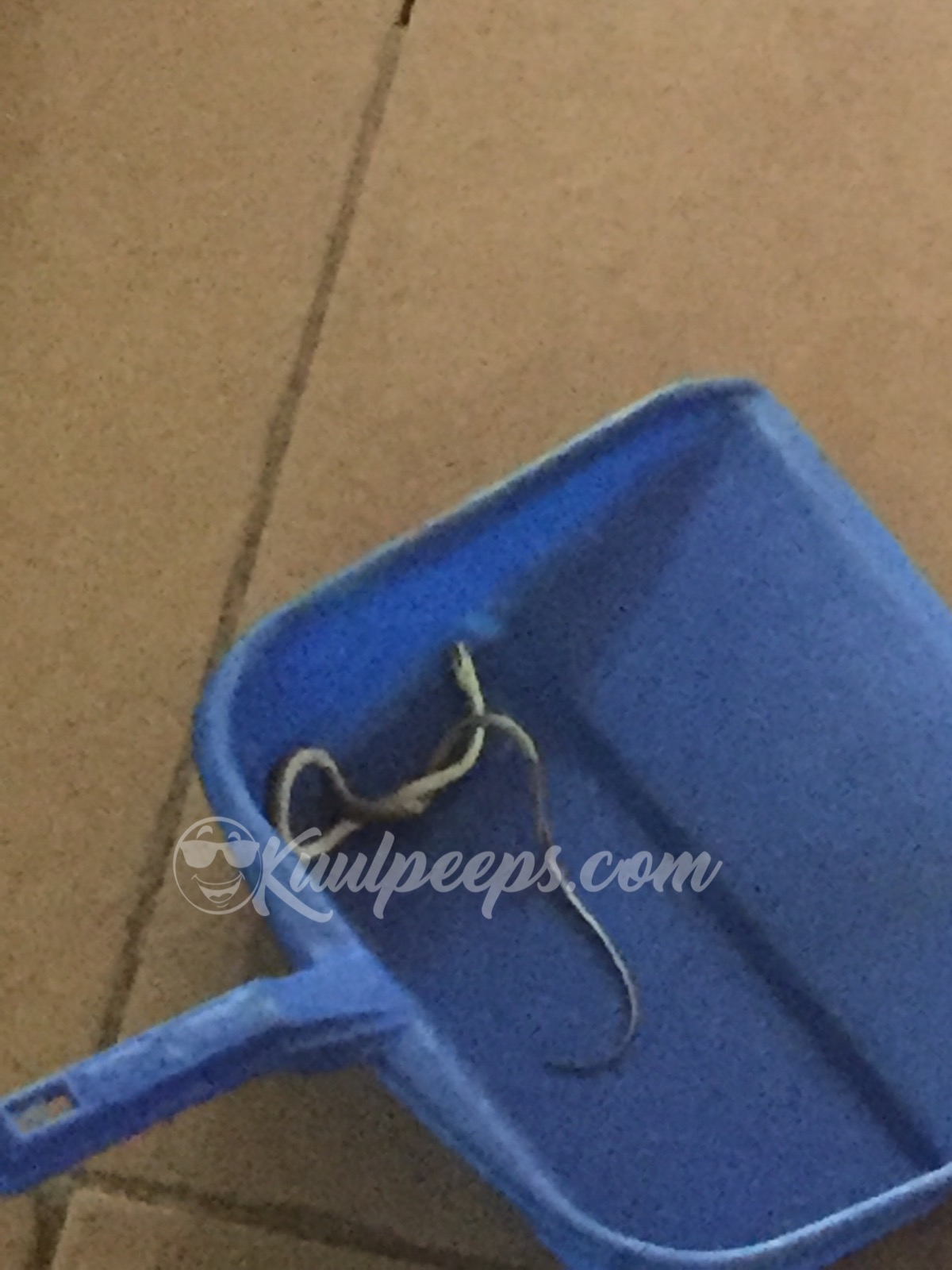 A snake has been found in Jean Nelson Hall again!!!!

Shocking news is, it’s the same room a snake was found in, earlier this semester.

See Also: A Snake Has Been Found And Killed In A Girls Room In Jean Nelson Hall

A resident of the room spoke to Kuulpeeps and confirmed that this was the third time a snake had been found in that particular room.

When asked about what the hall’s authorities had done in an attempt to address the situation, she said aside fumigating the room after the first and second snake encounters, nothing else had been done.

Weezy, the barber in the Jean Nelson Hall who killed the first two snakes and this one too said it was possible that a ‘mother snake’ had laid eggs and now they were hatching all over the room. He also mentioned that the presence of a hole in the washroom might be the entry point for these snakes.

The resident in the room insists that the hall authorities are well aware of all these, but are yet to do anything…aside the fumigation of course.

This is not the first time a snake has been found in rooms on the same floor facing the construction site behind the hall.