It has been in this news that David Addison, popularly known as KillBeatz has been thrown out of the ODG Mansion by London based Fuse ODG.

A statement released by the beat maker has stated that he left the mansion of his own will.

He also went ahead to clear the air on allegations being imposed on him that he is a ritualist.

Here’s a full copy of the statement. 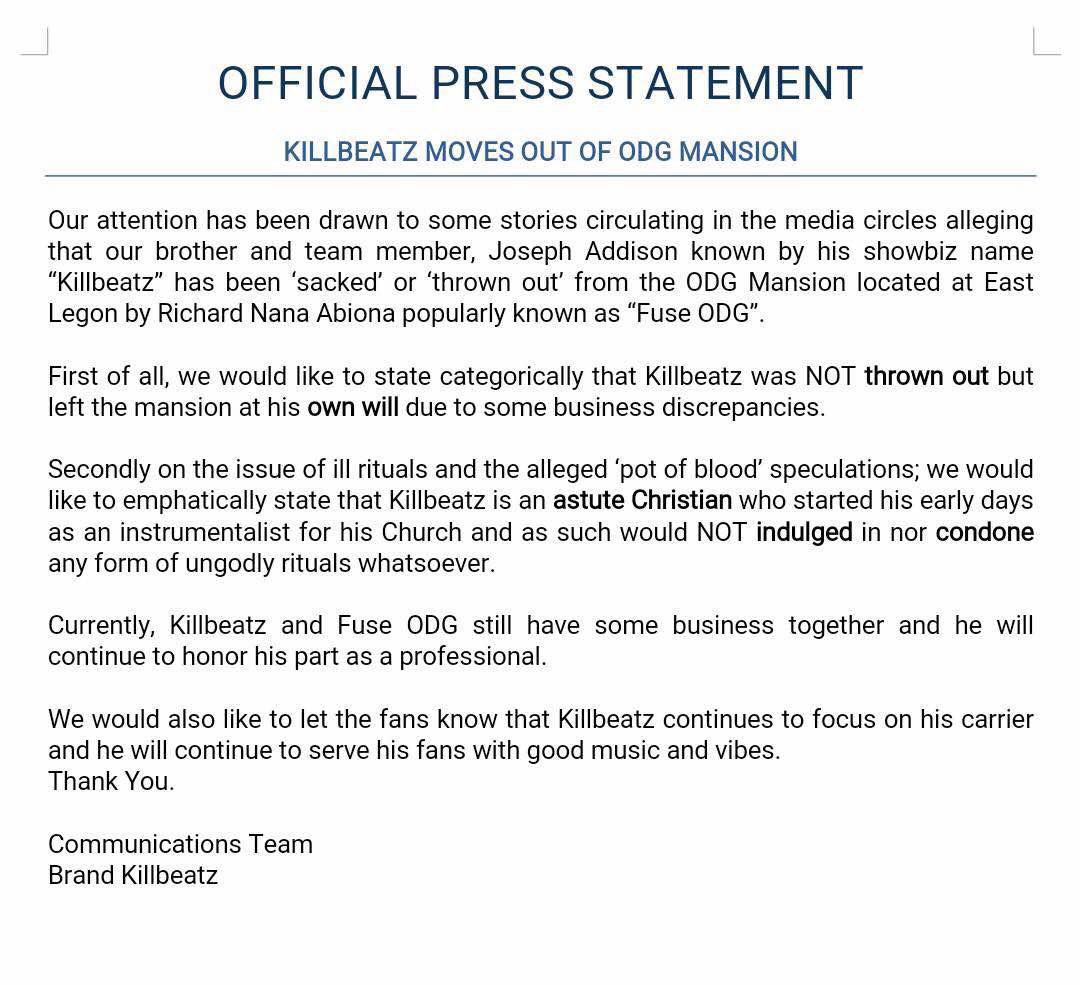 Award-winning music producer, Killbeatz featured in this year’s Coke Studio Africa together with other artists from different parts of Africa.