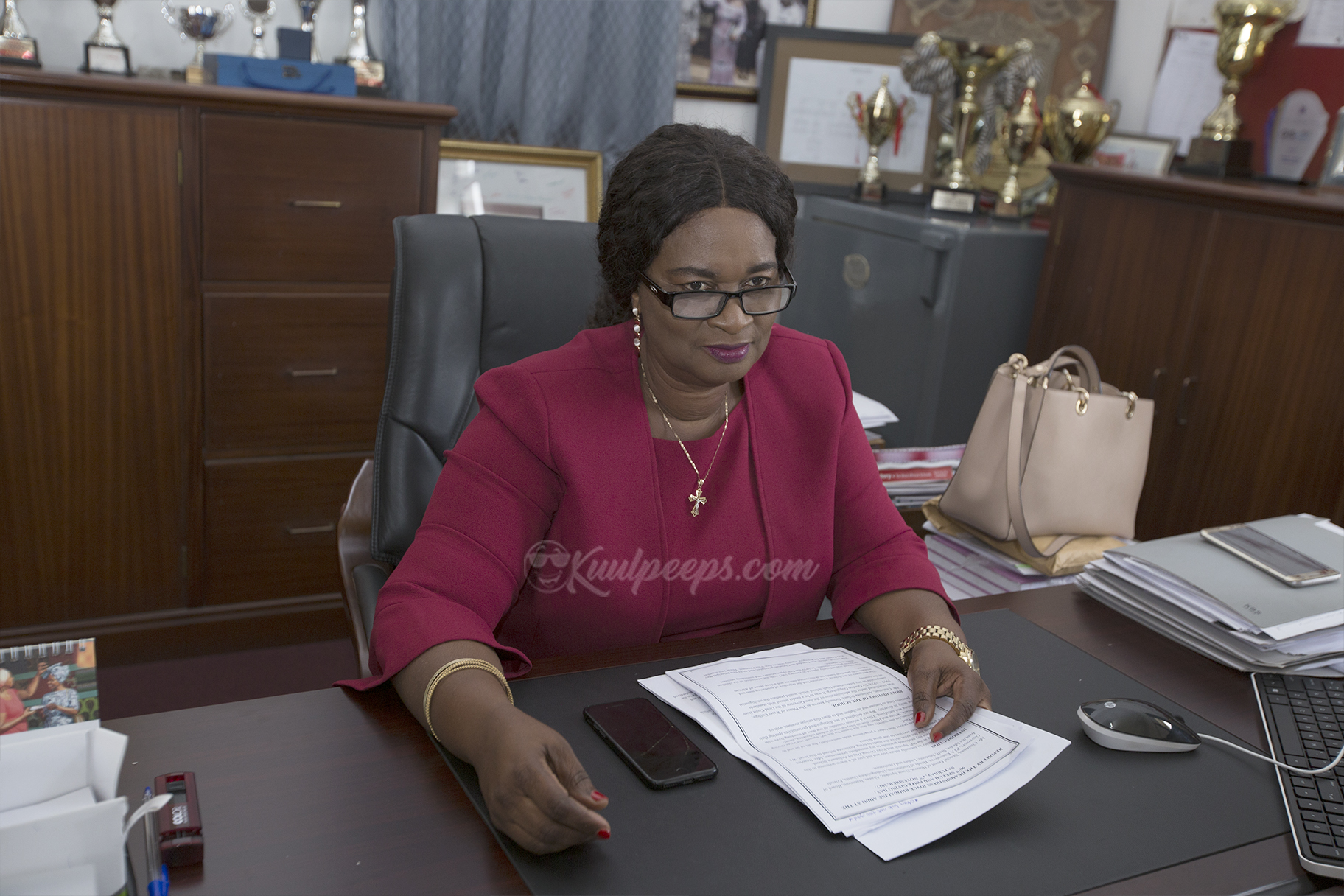 High school, they say is the best time you get to be young because the moment you get to the university then the adult responsibilities start pouring in.

Some of us had a love and/or hate relationship with our school heads back in high school.

Kuulpeeps had a chat with the new headmistress of Achimota Senior High School, Ms Joyce Rhodaline Addo who had a lot to say to us even though she’s been in office for barely four months. The affable and charming headmistress is an Akora, she attended Achimota School between the years of 1973 to 1978. 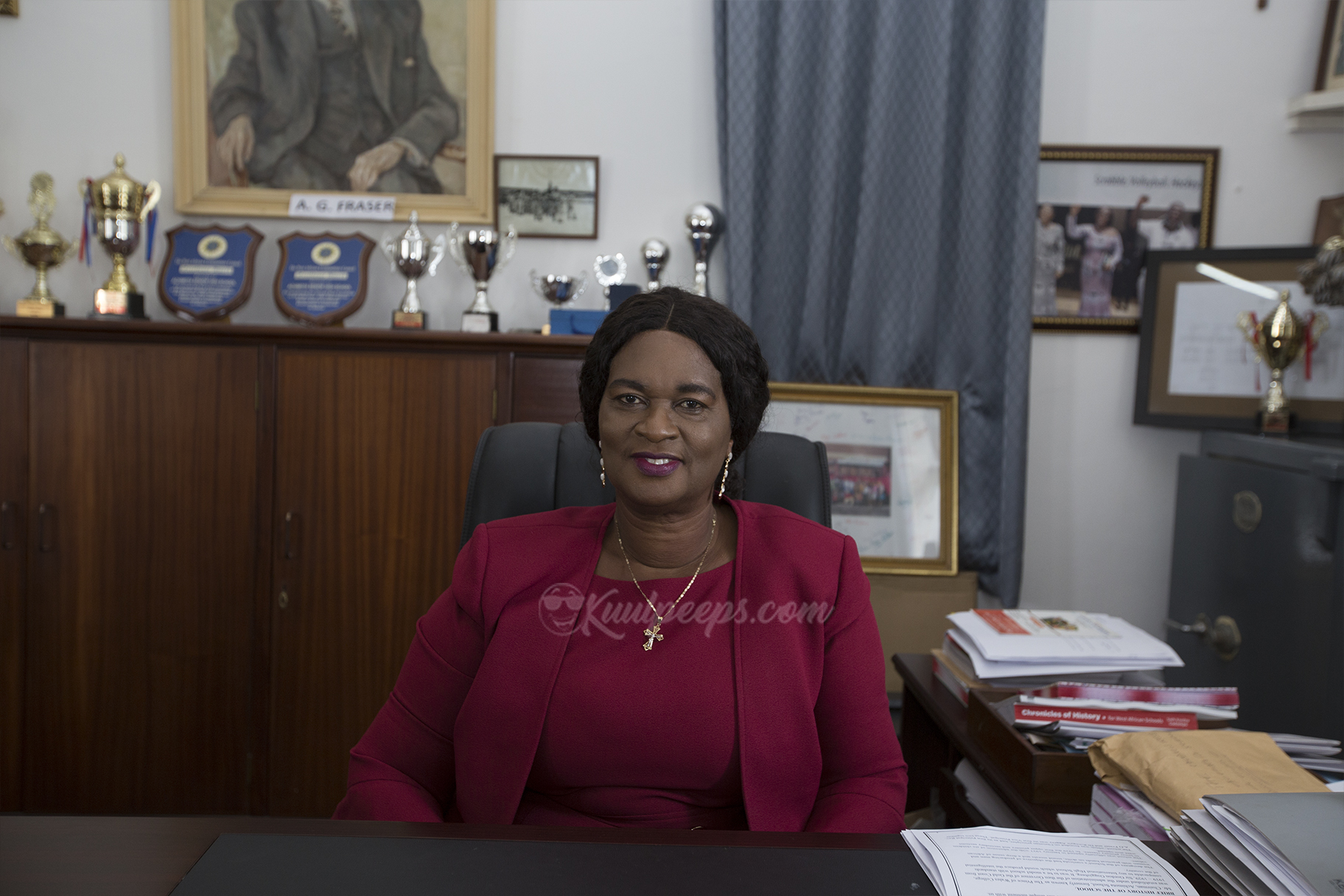 Kuulpeeps: Can you please share with us some of your memories here on campus?

JRA: During my time on campus, the school population wasn’t this huge. Also, the beautification of the various houses is another wonderful change.

Kuulpeeps: What was your next step after you completed Achimota School?

JRA: Upon completion, I attended Presbyterian College of Education from 1978 to 1981 where I got my teaching Cert A certificate. I later taught at Amamoma Middle School, Ashia Mills JHS and then Accra Royal JHS. I was then released to the Eastern Region where I taught at Akropong Presby JHS.

Kuulpeeps: It was obvious that your education didn’t end at the Presbyterian College of Education, where else did you pursue your education.

JRA: Yes that’s true. I later pursued my first degree at the University of Ghana, Legon from 2000 to 2004. I also went to the University of Education, Winneba to pursue a two-year program in Education Administration and Management which I completed in 2015. 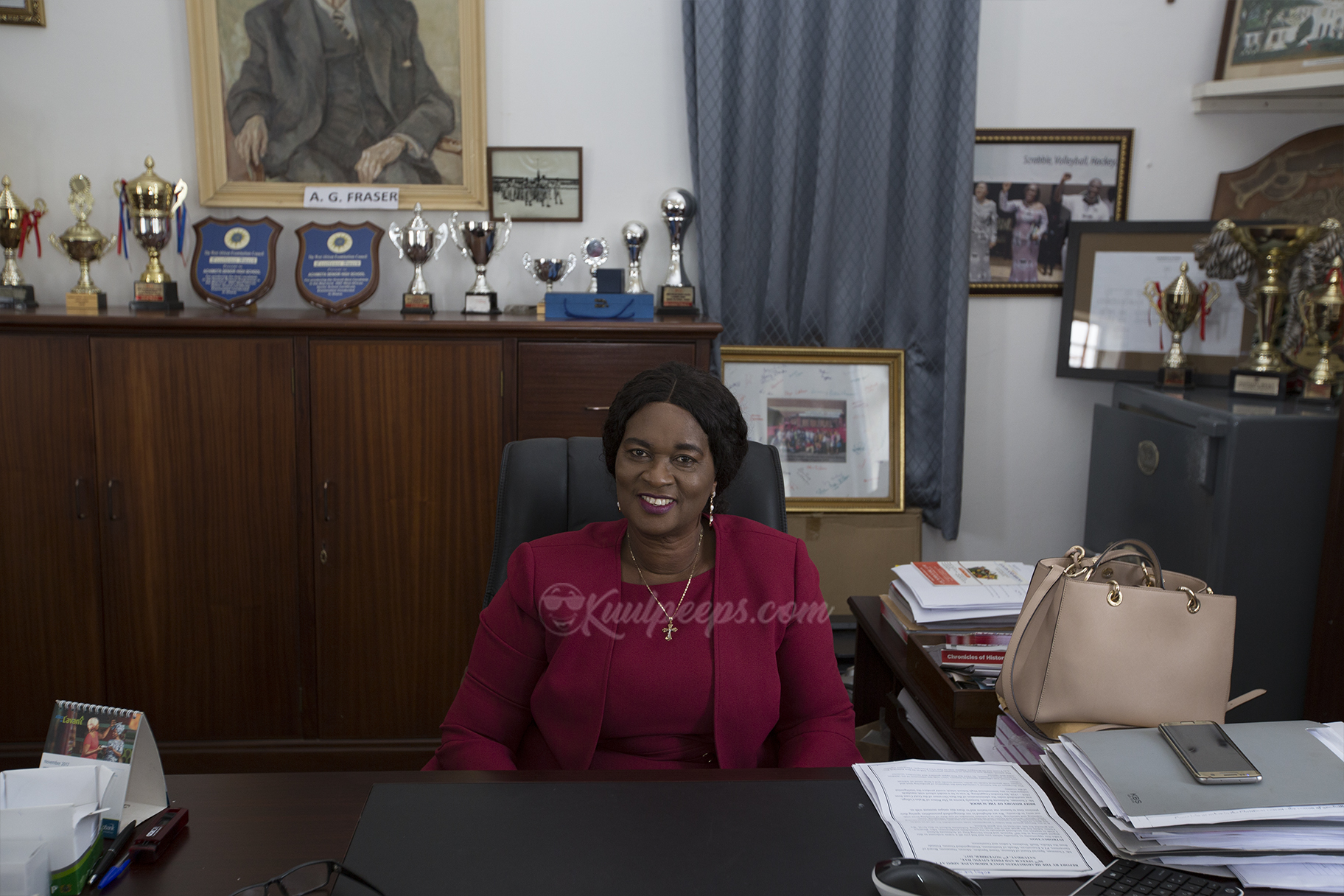 Kuulpeeps: Which other schools have you been appointed as headmistress.

JRA: I was appointed the headmistress of Obosomase JHS. Then I became the Headmistress of Osino Presby Senior High Technical School. I was again transferred to Abuakwa State College before I was finally transferred here in August 2017.

Kuulpeeps: When you were appointed headmistress of Achimota, what was the first thing you did when you got back here?

JRA: Frankly speaking, the first thing I did was to visit Slessor House because that was my house during my previous time here. The truth is, all Achimotans and Akoras have a special bond with their house of affiliation.

Kuulpeeps: What are some of the good things you’ve ever heard teachers or students say about you?

JRA: The common one I get is, I’m hardworking. I’ve also heard some say I’m an open person. 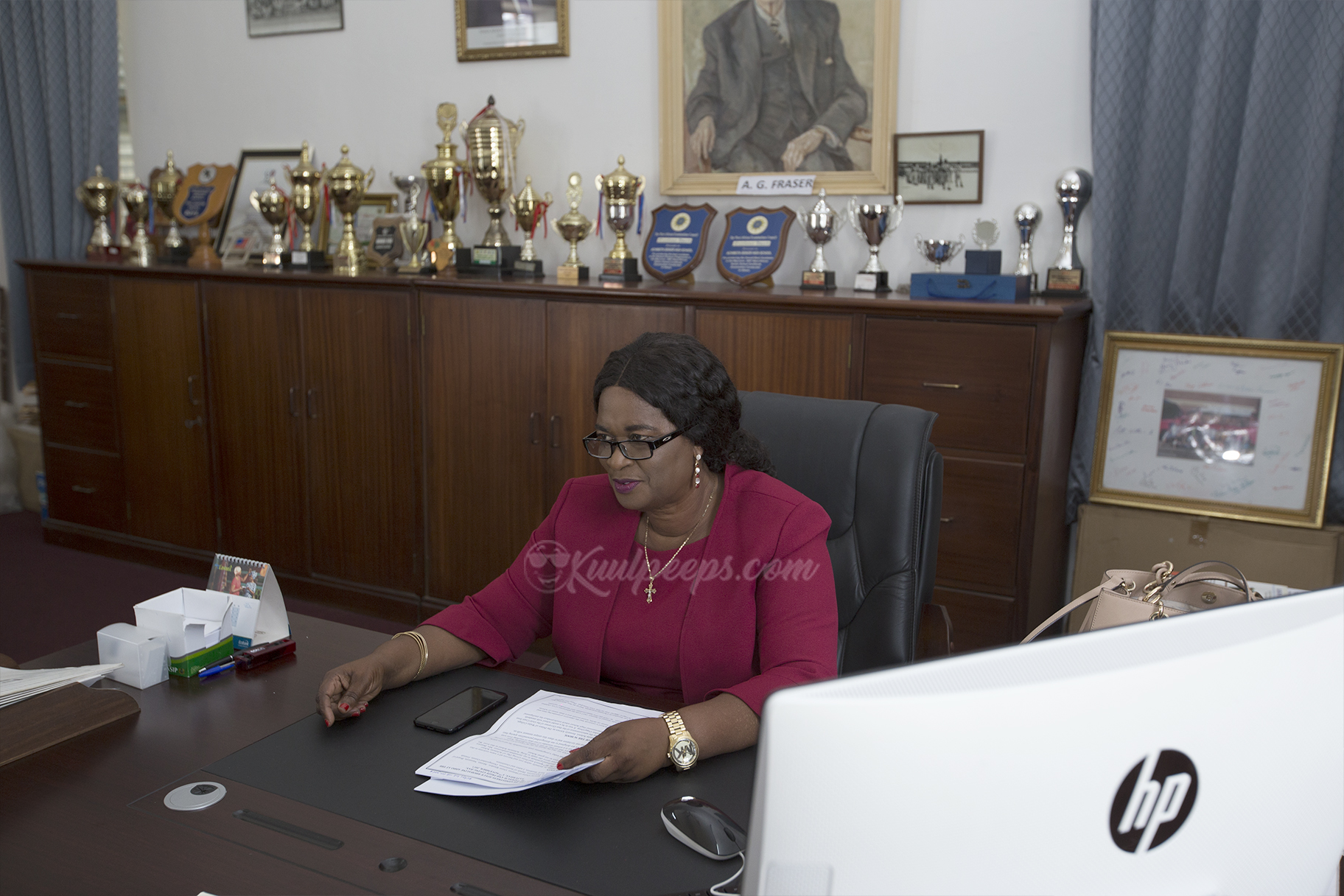 Kuulpeeps: What are some of the changes the school has undergone, from your time here as a student to now that you’re its headmistress?

JRA: Achimota has undergone immense progress in terms of student population and improvement in infrastructure with the addition of two houses. A couple of modern structures are also under construction.

Kuulpeeps: You returned to Achimota as the lady in charge just three months ago, what has your relationship with the students and teachers been so far?

JRA: My relationship with them so far has been very good. I believe in the open door policy, so working with others have been good. 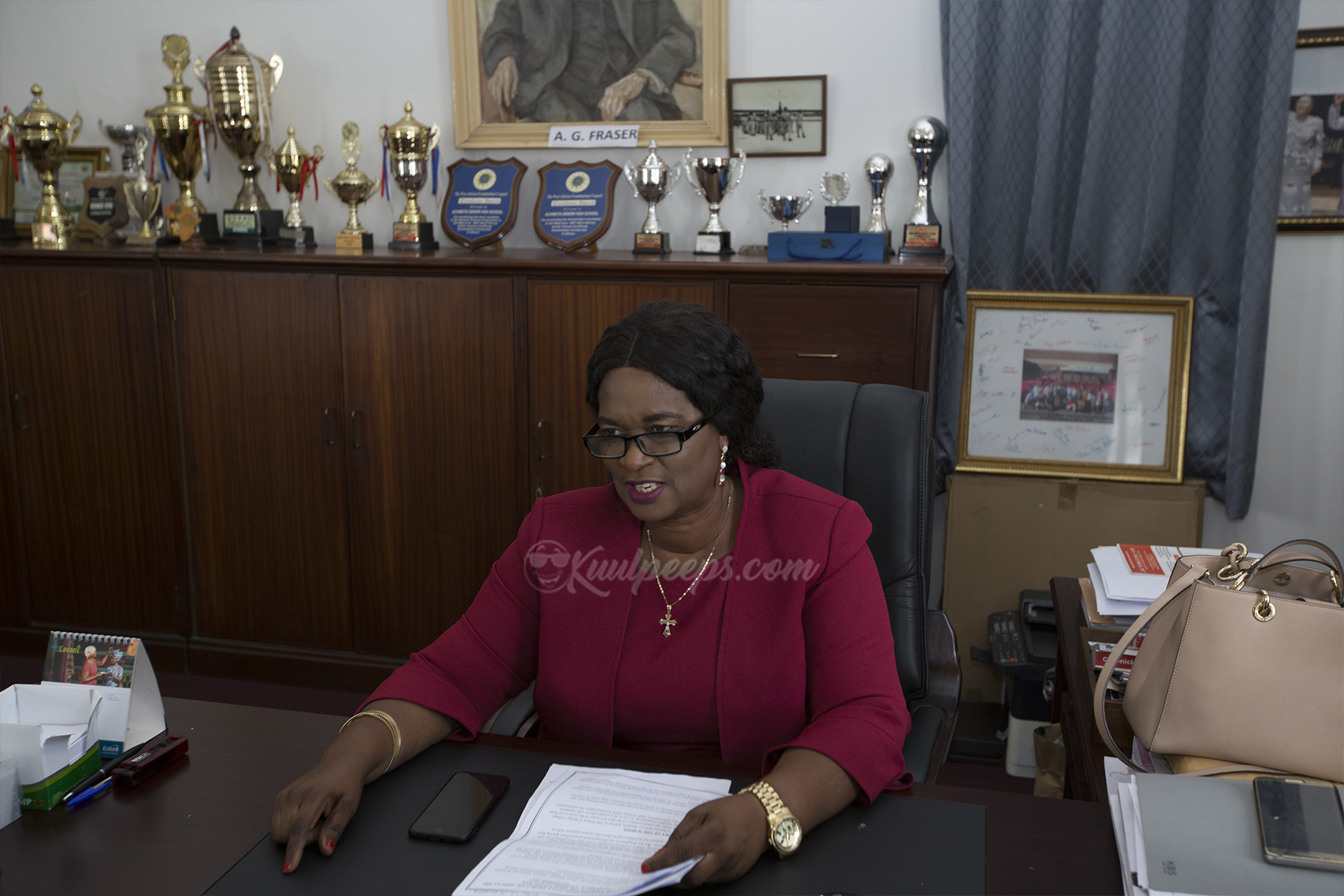 Kuulpeeps: In general, what do you like the most about Achimota School?

JRA: Discipline. Achimota students are very disciplined and they try their best.

Kuulpeeps: In your opinion, what’s the best thing you think Achimota has done for the country.

JRA: Achimota has paid its dues to the development of the country by producing men and women of substance including four heads of states: Kwame Nkrumah, JJ Rawlings, J.E Atta Mills and Edward Akufo-Addo H.E Nana Addo Dankwah Akuffo-Addo’s father. We’re hoping that we have some more national leaders in the coming years.

Kuulpeeps: What do you think the future holds for Achimota?

JRA: Achimota, in about ninety years to come should be a hub of education with double the current enrollment and staff, ultra-modern facilities and another ten heads of state.

If you’re wondering why she said 90 years, that’s because Achimota is celebrating 90 years since it was founded this month.

Ut Omnes Unum Sint – That all may be one