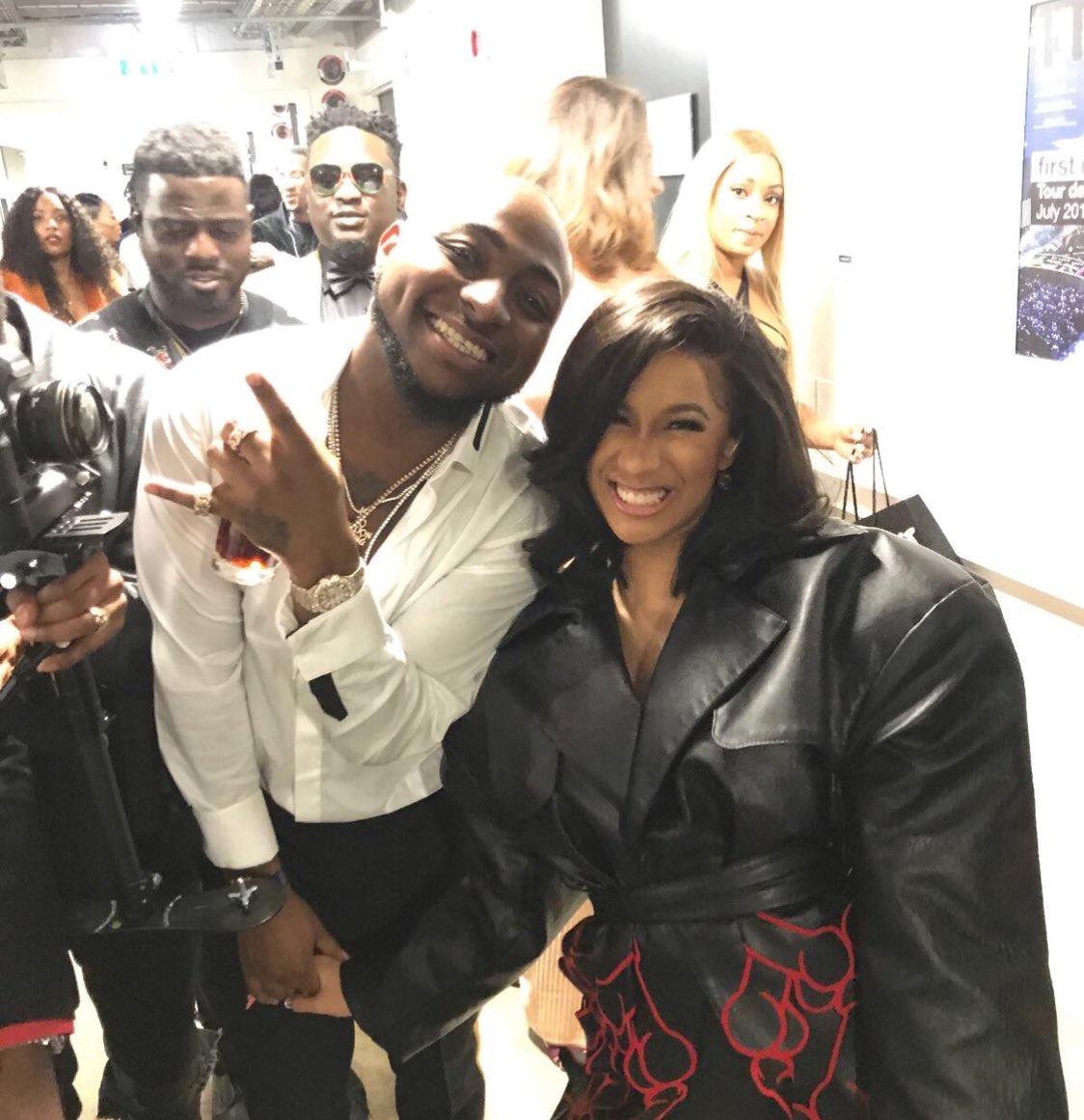 … and now Davido might be collaborating with new American sensation Cardi B on a track soon.

The two musicians met at the just ended MOBO Awards.

It was Davido who first mentioned on Twitter that he’s actually a fan of the American Diva.

She replied the tweet and stated that she loved his music too.

Davido then went straight to the point and said this…

WE GOTTA LOCK IN THE STUDIO!! https://t.co/viCcYORZoB

We’re so excited about this and we can’t wait for a collaboration between the two.