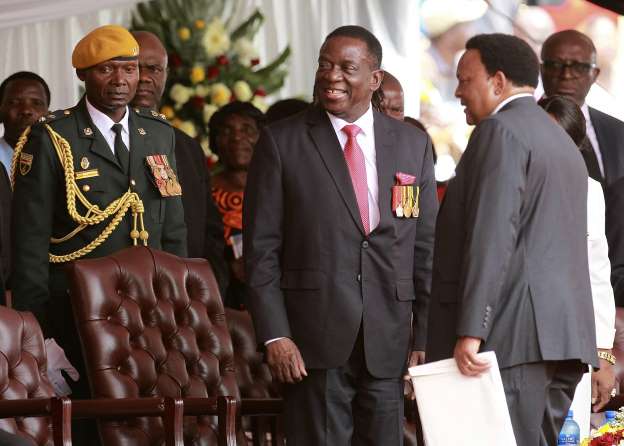 For the first time in 37 years, Zimbabwe has a new president – Emmerson Mnangagwa.

Nicknamed “the Crocodile” for his ruthlessness, Emmerson Mnangagwa was sworn into office today following the resignation of the long-serving 93-year-old Robert Mugabe.

See Also: EXCLUSIVE: Mugabe Tells Us The Story Of His Amazing Life!

It was the dismissal of Emmerson that started the downfall of Uncle Bob, who still ruled Zimbabwe with an iron fist until the military put him under house arrest.

A former close Mugabe ally, Mnangagwa’s initial fall from grace appears to have been engineered by the first lady, who lobbied her husband to back her own political ambitions.

In 1966, Mnangagwa joined the struggle for independence from Britain, becoming one of the young combatants who helped direct the war after undergoing training in China and Egypt.

He was arrested and sentenced to death but his sentence was later commuted to 10 years in prison because of his young age.

After independence in 1980, he directed a brutal crackdown on opposition supporters that claimed thousands of lives in the Matabeleland and Midlands provinces. 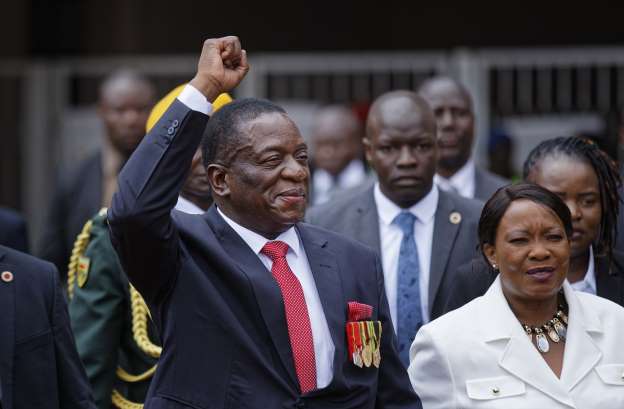 Born in the southwestern Zvishavane district on September 15, 1942, Mnangagwa completed his early education in Zimbabwe before his family relocated to neighbouring Zambia.

See Also: A Timeline Of The Fall And Fall Of Robert Mugabe

His grandfather was a traditional leader and his father a political agitator for the repeal of colonial laws that disadvantaged blacks.

When Mnangagwa was dismissed as vice president by Mugabe on November 6, it initially looked like he’d been outfoxed by the first lady, forcing him to flee the country.

But his dismissal has now led to him becoming the President of Zimbabwe.

What a turn of events.