Kuulpeeps – Ghana Campus News and Lifestyle Site by Students
Home TRENDING News You May Not Know Who Cyntoia Brown Is But She Needs Your...
Facebook
Twitter
WhatsApp 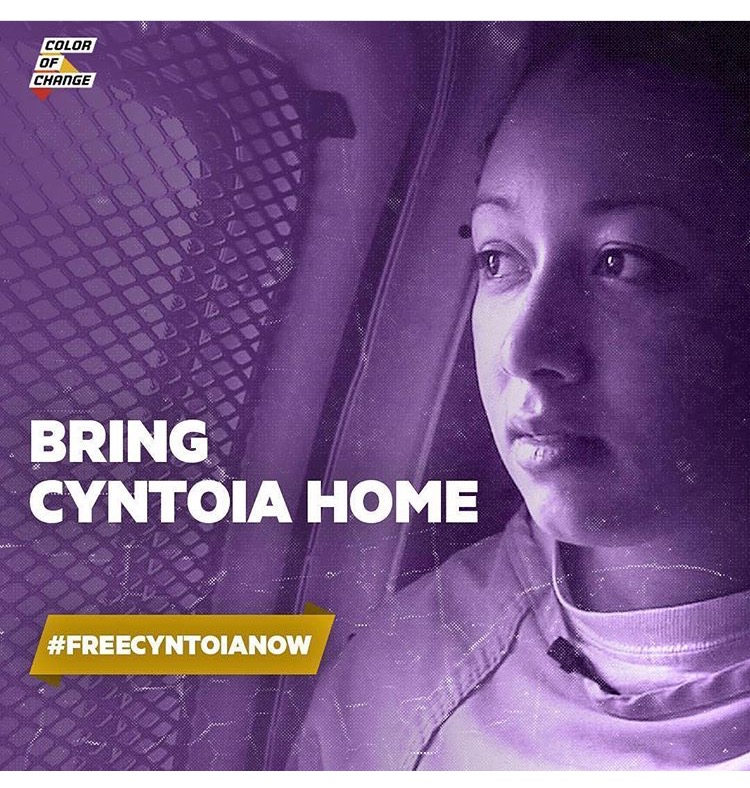 Can you imagine being sold at the age of 16 in a sex trafficking ring to a pimp, then to a 43 years old sex predator as a sex slave?  Of course not who wants to imagine themselves in a situation like that? Nobody, you wouldn’t even want that for your worst enemy. But for #CyntoiaBrown this is her reality.

Cyntoia Brown has captured the hearts of many people on social media this past week with her Heartbreaking story. Cyntoia has been sentenced to life in prison for killing her 43-year-old abuser. This man sexually abused her, raped her and drugged her, Cyntoia finally got enough strength and courage to defend herself from the abuse and rape by finally shooting and killing him. 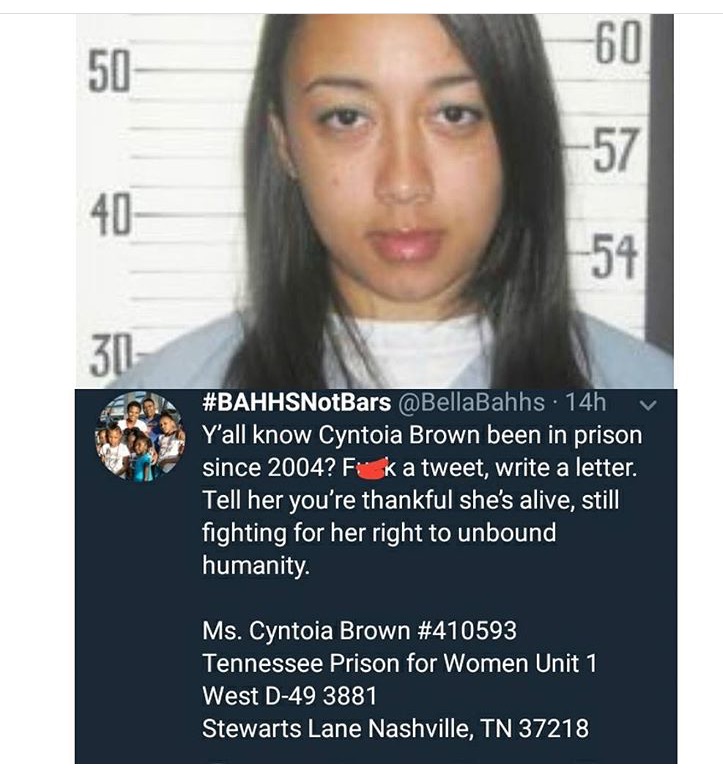 She was later arrested and sentenced to life in prison. She will not be eligible for parole until she is 69. Since her story went viral most celebrities have taken time out to speak on this matter; Kim Kardashian took it upon herself to hire a lawyer to look into the case. 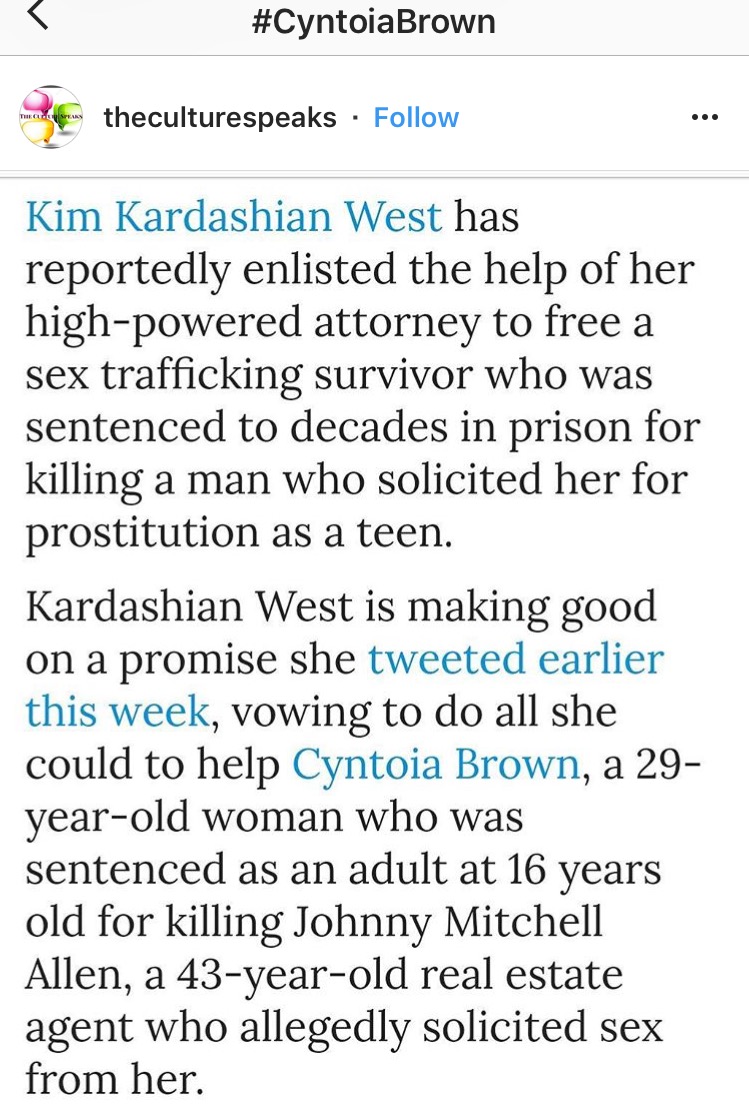 The internet is asking people (it doesn’t where you come from) to petition on Cyntoia Brown’s behalf like we all did for Meek Mill. All of us are hoping it makes a difference; Cyntoia has been incarcerated since 2004 and it is time to help her to turn her situation around.

We would have all done the same thing and if we were in the exact situation we would have shot him too. Let’s come together and help somebody who is in need of our help.