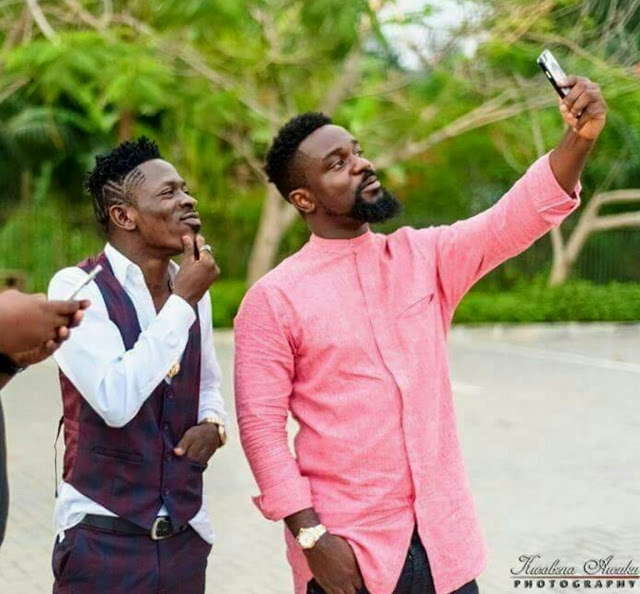 Kuulpeeps, Shatta Wale just keeps everyone talking all the time.

His latest clash is with Sarkodie, the Highest.

You know, Sarkodie was in Dubai to perform at the One Africa Music Fest which was hosted by Banky W.

We were on social media trying to piece out how our Ghana man, Sarkodie did facing off all those Nigerian musicians when we saw this tweet from him:

Right there, we knew something had gone wrong. Sarkodie would most likely not bail out on an event he is committed to.

But then, Shatta Wale hinted that Sarkodie had been dull with the organizers of the One African Concert.

He replied Sarkodie’s tweet by saying he (Sarkodie) allowed the Nigerians to disrespect his brand.

@sarkodie doesnt listen ,its high time u respect your brand bro …they using u too much …dont vex for the truth ..Respek💪🏿🇬🇭

Sarkodie came to defend himself when he sensed that Shatta Wale had attacked him.

“Nobody plays with my brand and that be why we no step on that stage,” Sarkodie said in a quote tweet to Shatta Wale.

But what really happened? According to people close to Sarkodie, this is why he didn’t perform at the One Africa Music Fest: 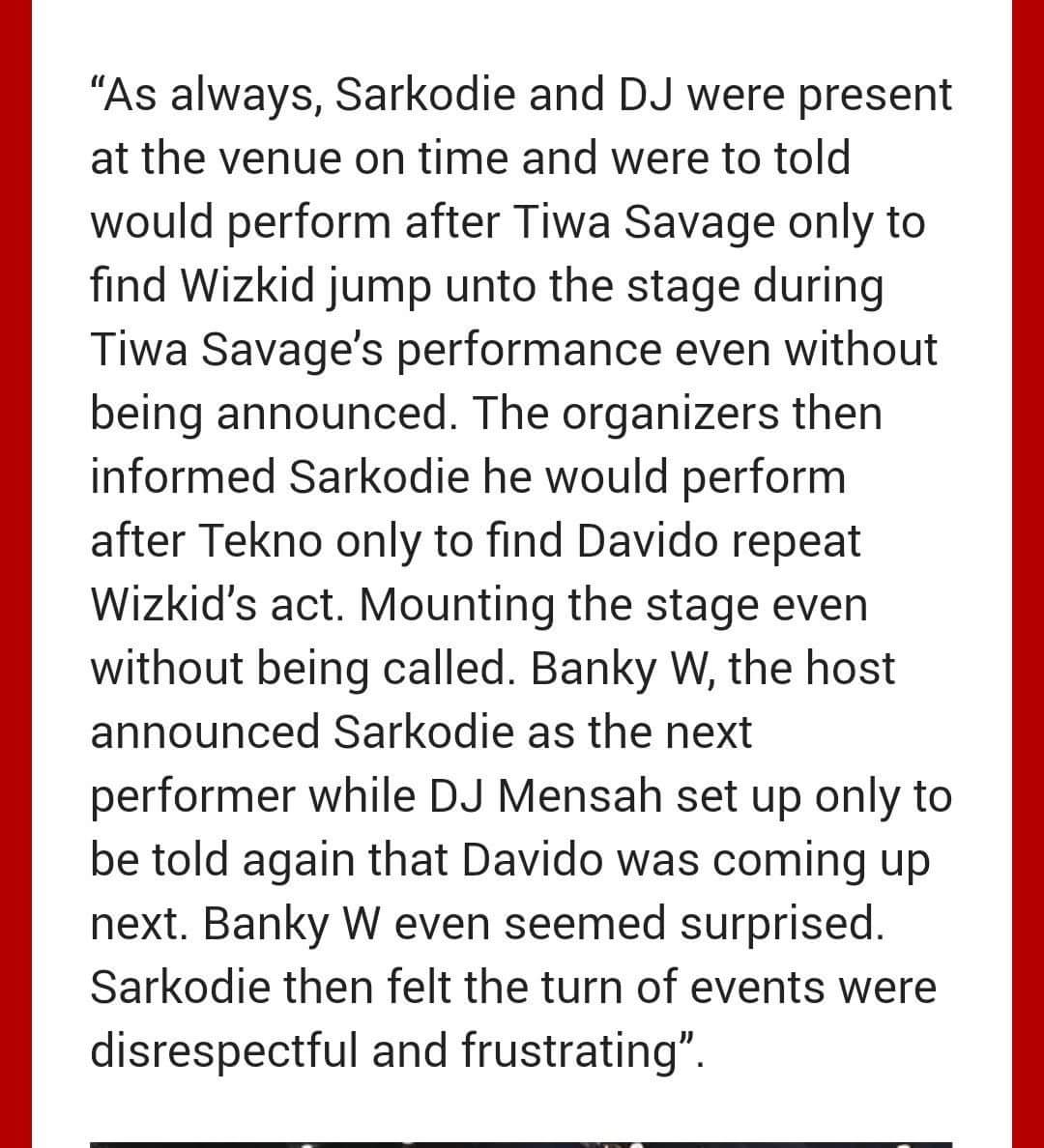 Other sources say, Sarkodie wasn’t allowed to perform and instead, Davido was made to close the show. This has brought back the whole conversation of how Ghanaian musicians are disrespected by their Nigerian counterparts.