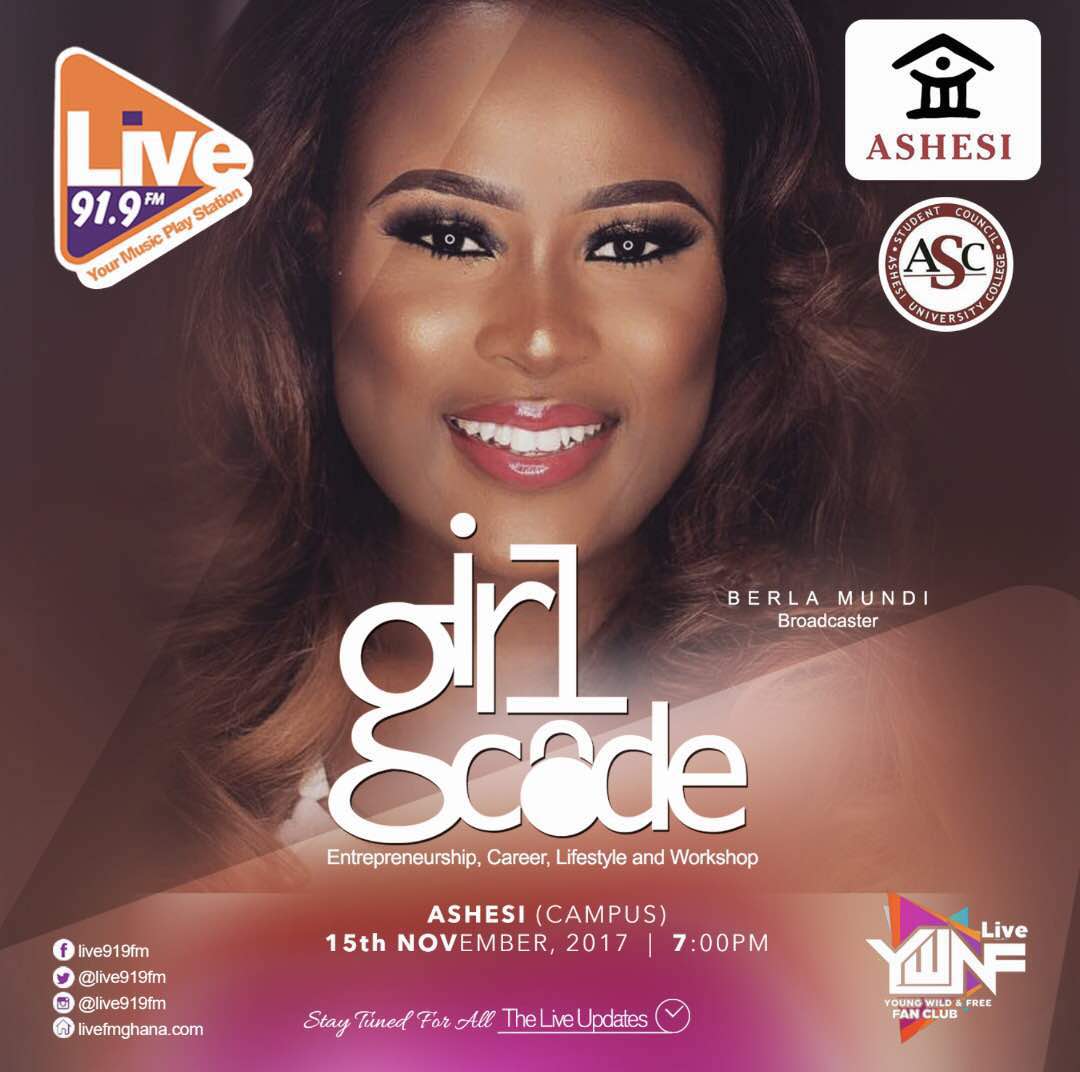 Last night, Ashesi was honored to host tv personality and radio guru, Berla Mundi on her campus. It was a live event which was broadcast live on Live 91.9 Fm, from the forecourt of the King Engineering Block.

She opened the floor with the question, “Is it okay for a girl to have a male best friend if she’s in a relationship?”

Girls, we all know that sometimes there is this one guy you just vibe with, aside your boyfriend. The question is, is your boyfriend comfortable with that friendship?

Most of the responses from the guys said that they had no problem with their girlfriends having a male as a close friend.

Aside Berla getting to know why Ashesi students are always busy, she and representatives from Lydia contraceptives educated Ashesians on what contraceptives are, their importance and their use.

Ashesians shared their views on the topic, “Is it okay for a girl to have a male best friend if she’s in a relationship?”