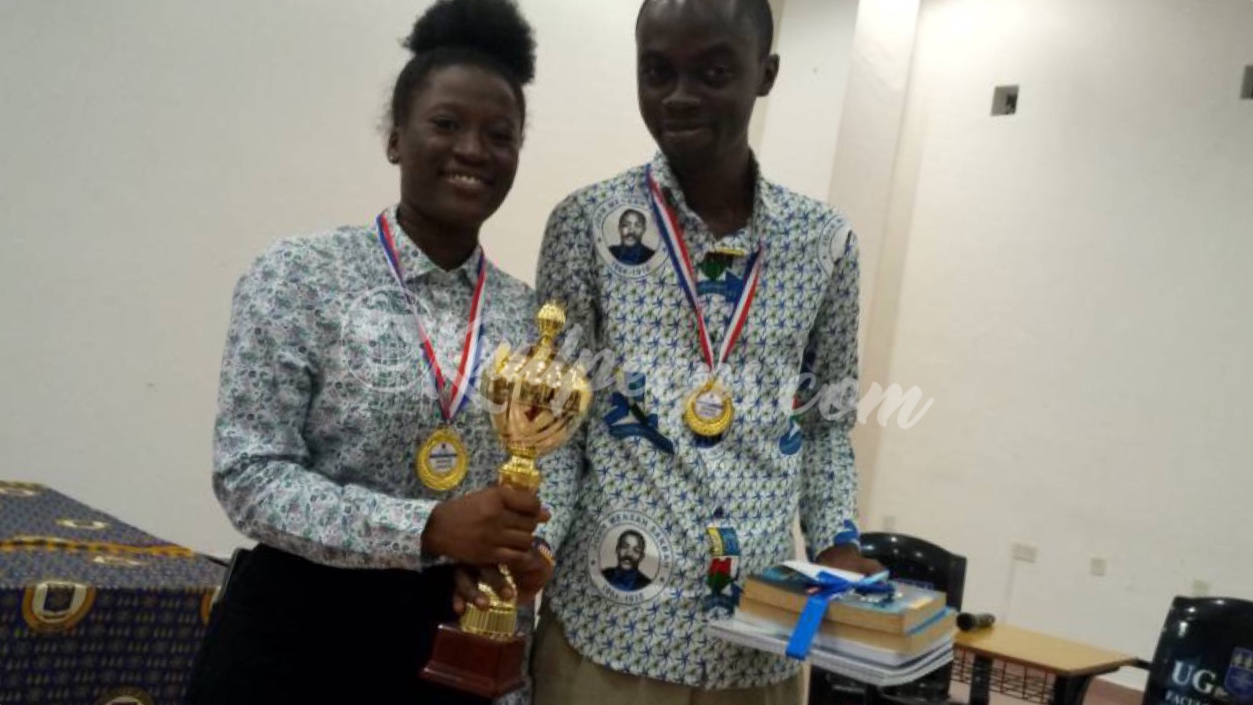 The maiden edition of the University of Ghana SRC inter hall debate ended on a high note as the debaters gave off their best to clinch the trophy and bring glory to their respective halls.

The grand finale took place on Tuesday at 4pm at the UG Law Faculty Auditorium.
The halls that made it to the finals were Commonwealth hall, Akuafo hall, Mensah Sarbah hall and Jean Nelson hall

The motion for the debate was “This house would officially incorporate and legitimate traditional council”.

The debaters tackled the issue with a lot of passion and seriousness; but there could be only one eventual winner and Mensah Sarbah Hall, represented by Issah Sungbaweira Lutfatay and Meshach Safo Acheampong emerged as winners of the debate championship.

Commonwealth hall came 2nd and the vandals were present to support their representatives. Akuafo hall 3rd and Jean Nelson 4th. Also, the public speaking session was won by Okaikor of Jean Nelson hall.

There were other winners aside the debate and public speaking champions. Below are the list of the other winners.
Best judges of the Public speaking session
1. Senam Dey of Elizabeth Francis Sey hall
2. Adepa Abigail of Akuafo hall
3. Selasi Ahadzi of Kwapong
Best speakers of the Public speaking session
1. Okaikor Suomo Ammah of Jean Nelson hall
2. Jeremiah Sekyi of Jean Nelson hall
3. Abraham Agoni of Elizabeth Francis Sey hall

Kuulpeeps congratulates the winners and kudos to the SRC for this brilliant idea.