Kuulpeeps – Ghana Campus News and Lifestyle Site by Students
Home CAMPUS Legon A Snake Has Been Found And Killed In A Girls Room In...
Facebook
Twitter
WhatsApp 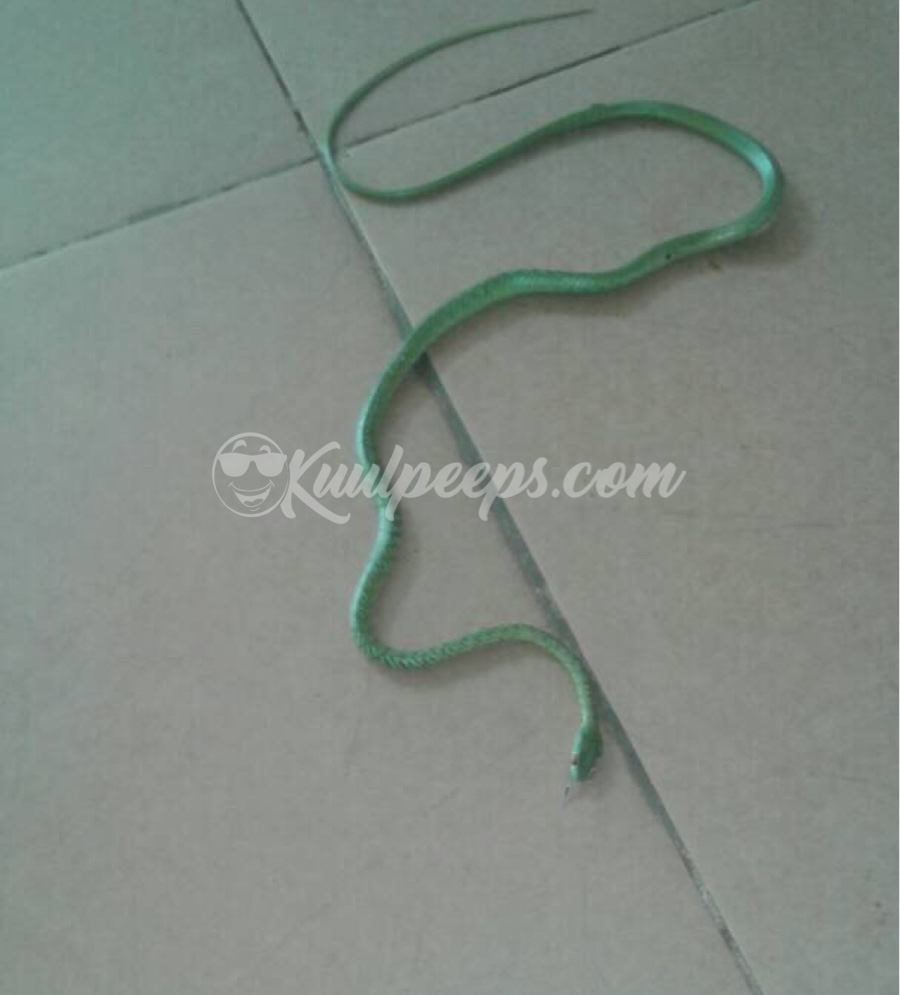 Just this morning, a snake was found and killed in one of the rooms on the first floor of the Jean Nelson Aka Hall.

Kuulpeeps met Nana Ama, an occupant of the room and the one who found the snake. Surprisingly, she was all smiles, and trauma free!

Some of you, 3 days after seeing a spider…

Nana Ama admitted she was scared when she first saw the long green snake lying there in her washroom. She was temporarily confused, but was rational enough to run out to get help.

On a floor that is occupied by only girls, lol who’s going to kill that snake?

Fortunately, she found the Hall’s barber, Weezy in his shop, which is just a few meters away from her room. Turns out he’s not only great at trimming hair but also fearless and quick to help hall occupants.

Other guys when they see a snake…

Nana Ama also admitted that this was not the first time seeing a snake in the room.  Yhup.. Barely 3 weeks ago, her roommates and herself found a snake in the same place. It was smaller and after reporting to the hall’s authorities, the room was fumigated with a snake repellent.

This time, again, the repellent has been sprayed in the room.

We hope this time it’d repel the snakes for good!

The Hall’s executives have since called for students to keep their balcony doors closed often and to make sure that the drains in the washrooms are sealed.

But if you want to go the extra step, look behind your room; are there weeds and trees too close to your balcony? If yes, look sharp and send a report through the right channel in your hall. Trees and overgrown weeds are great hiding places for snakes.

Notice any cracks or crevices in the foundation of your rooms? Pester the Hall’s Maintenance to fix things ASAP so no snake crawls through.

If you have a mice problem in your room or hall, you know what to do! Report it so something can be done about it, because mice are great food options for snakes.

Kuulpeeps! Stay safe!! We hate to think what the worst case scenario would have been.