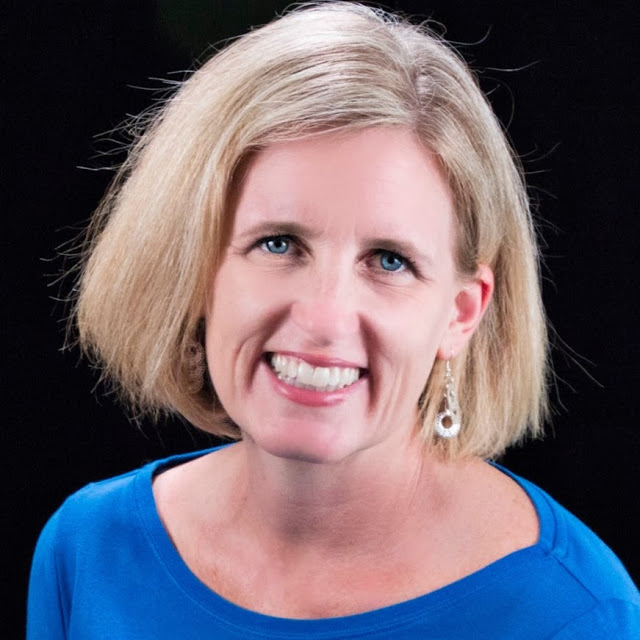 Well, as it turns out, the land of the free and the home of the brave is not entirely free as it seems.

We are made to understand that the extent of freedom of speech in America is such that you can express yourself and not be afraid of being vilified.

At least, since Donald Trump became president, a lot has changed and what people could say or do has begun to change too.

One woman whose picture went viral after she raised her middle finger at Donald Trump as his motorcade passed her on her bicycle has been fired from her job. 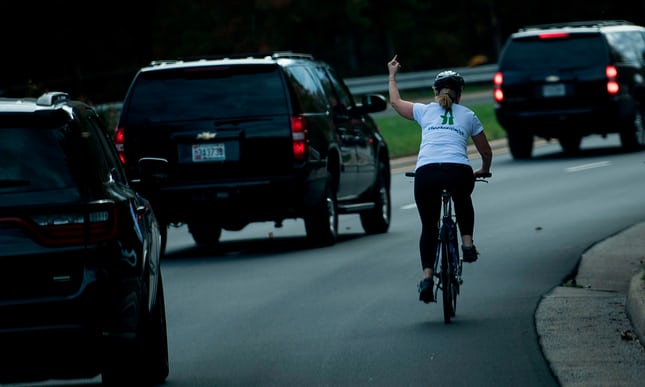 Juli Briskman was cycling in Virginia last month when she offered the gesture in a gut reaction to Trump’s policies, The Telegraph reports.

“He was passing by and my blood just started to boil,” she told the Huffington Post. “I’m thinking, Daca recipients are getting kicked out. He pulled ads for open enrollment in Obamacare. Only one-third of Puerto Rico has power. I’m thinking, he’s on the damn golf course again.

I flipped off the motorcade a number of times.”

See Also: Trump’s Twitter Was Deleted And The Internet Is Going Crazy

A photographer travelling with the presidential motorcade snapped Briskman’s picture and the image quickly spread across news outlets and social media. Many hailed Briskman as a hero, with some saying she should run in the 2020 election. Late-night comedy hosts also picked up the story.

Briskman had been working as a marketing and communications specialist for a Virginia-based federal contractor, Akima, for six months. She thought it best to alert the HR department to the online fuss. Bosses then called her into a meeting, she said. 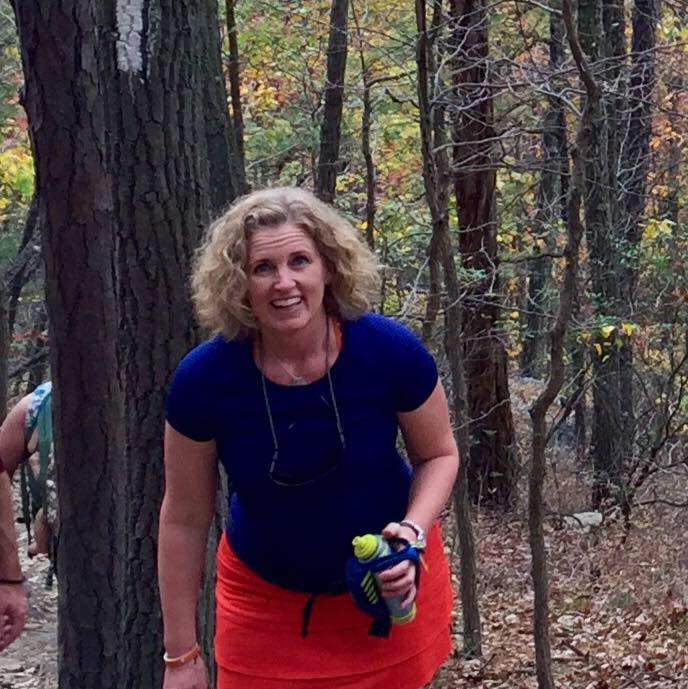 “They said, ‘We’re separating from you,’” Briskman told the Huffington Post. “‘Basically, you cannot have lewd or obscene things on your social media.’ So they were calling flipping him off obscene.”

She said the company was displeased she had used the image as her profile picture on Twitter and Facebook and told her it violated social media policy and could hurt the company’s reputation as a government contractor.

At the end of the day, it looks like Trump got her fired, though it might not be direct. If the company wanted to continue winning government contracts, it cannot have her as a staff member.

ABOUT US
This is the official website for Ghana's no.1 campus portal & your guide to young people. We've got the best in the latest campus info, lifestyle, entertainment, shows, events, sports, news & more.
Contact us: [email protected], For Stories & Blogs: [email protected]uulpeeps.com
FOLLOW US
© 2022 © Kuulpeeps
Kuulpeeps - Ghana Campus News and Lifestyle Site by Students
This website uses cookies to improve your experience. We'll assume you're ok with this, but you can opt-out if you wish. Cookie settingsACCEPT
Privacy & Cookies Policy