Kuulpeeps – Ghana Campus News and Lifestyle Site by Students
Home TRENDING News Yo!! EL Has Got Something To Tell You
Facebook
Twitter
WhatsApp 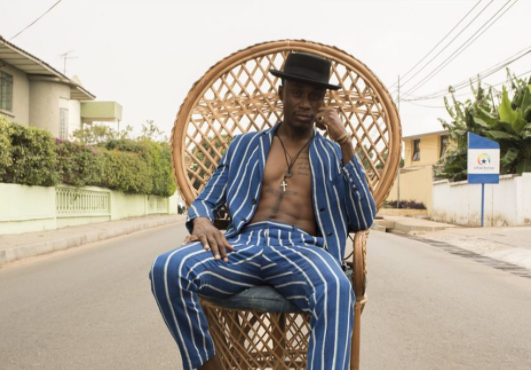 2016 VGMA’s Artiste of the Year, EL wants young and upcoming musicians to get an education before they make the lifetime commitment to becoming musicians.

According to the hiplife artiste who prefers to describe himself as a nonconforming artiste, it is important for young musicians to gain knowledge about the industry they want to be a part of.

“If you want to take music as a career then you need to educate yourself. Knowledge is power,” EL said during his Couch Session on Nitro, The Live Session.

Nitro, The Live Session is a music show where musicians worth their salt perform their music live on stage in front of a live studio audience.

EL’s Nitro, The Live Session performance showed a musically mature side of the artiste than we usually see.

Known for his upbeat “Azonto”, EL’s performance at Nitro, The Live Session was a complete departure from his comfort zone.

The rhythm was different and his ability to turn his hiplife songs into classic highlife songs was nothing but pure golden music moments.

According to EL, young musicians must have the will to research into the pros and cons before they commit to having a career in the music industry. “You need to educate yourself,” he says.

For him, he’d rather not confine himself to one genre of music based on the kind or artiste he wants to be. “I don’t confine myself into a box as a rapper or singer, my music is very general.”

But Nitro, The Live Session is that one programme where people get to experience musicians in an environment they are not used to.

“It’s a really great idea, I’m always in support of this,” he says about the Echo House produced show – Nitro, The Live Session.

“You get to see artiste on huge stages and you don’t get to experience them in the small audience like this. Nitro, The Live session is a rare opportunity that allows the artiste and the audience to have a closer connection.”

You can watch EL’s stint at Nitro, The Live Session below: