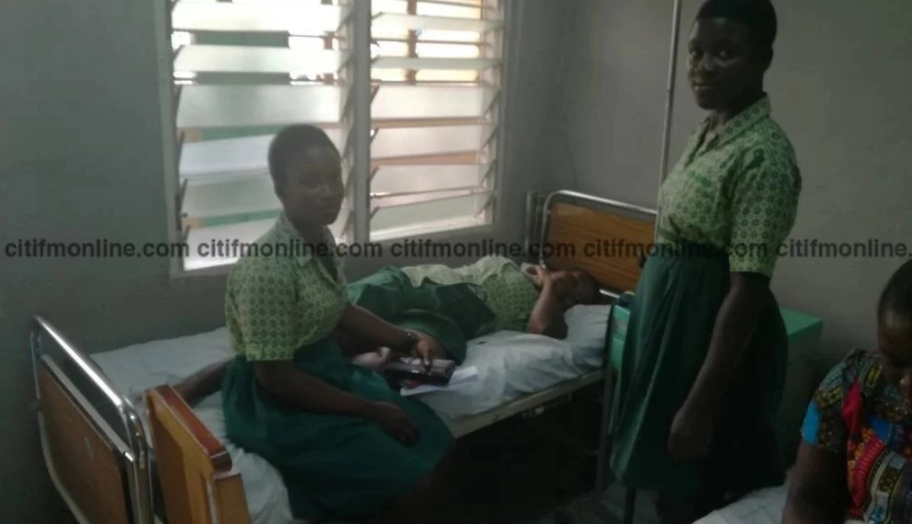 Kuulpeeps, some of us were once in the shoes of these Ghana Senior High School (GHANASS) students.

You know, when a group of friends get “runsto” from eating that waakye and shito.

We are hearing that over 50 GHANASS students are receiving treatment at the St. Joseph’s Hospital, following a suspected food poisoning.

The students, both male and female were rushed to the hospital on Monday after they complained of stomach aches after eating waakye from the school’s canteen on Sunday.

Some of the students have been put on drips, while others have been discharged and were in the process of completing documentation to confirm their release, Citi News reports.

“I bought waakye at the bush canteen and in the evening on Sunday, I started running, others who also ate at the dining hall also started complaining of tummy ache so we were rushed here,” one of the affected students said in an interview.

Dr. David Kupualor, the Medical Director in charge of the St Joseph’s Hospital said “A lot of students were rushed to the hospital with complaints about stomach aches, clinical research done on them indicated they had diarrhoea so we quickly administered treatment and medication and some are on admission while others have been treated and discharged”.

Currently, the school’s canteen has been closed down as part of the investigations.