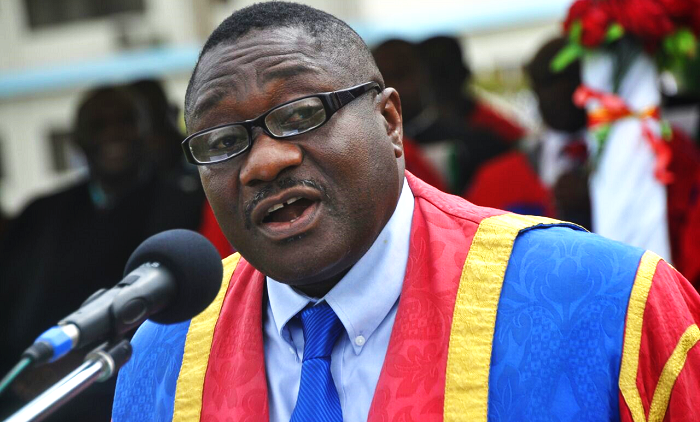 The Vice Chancellor of the University of Education Winneba, Prof Mawutor Avokeh has reportedly been detained by the Economic and Organise Crime Office (EOCO) for alleged financial malpractice.

The anti-graft office of the EOCO is said to have detained the university official and five others, after they were invited to assist in an ongoing investigation.

The Finance Officer Dr. Akorli and his deputy, Frank Owusu Boateng, Internal Auditor, Ms Sena Darkeh, the Procurement officer, Mary Adzime, and Deputy Director of Works and Physical Development, are said to be the other five who are currently in detention at EOCO.

Though they haven’t been formally charged with any crime yet, they are said to be in EOCO custody for allegedly breaching sections of the Procurement Act.

See Also: This Is What University of Education, Winneba’s New Court Case Is About And Why It Matters

Sources claim the UEW community and faculty are sharply divided along political lines.

Recently, the university has faced numerous court battles after one Kofi Kwayera challenged the legitimacy of the governing council that the former VC, Prof Avokeh was working with.

The court case resulted in a brief closure of the university.

Currently, there is a new governing council in UEW with an acting VC, Prof Afful Broni in charge.