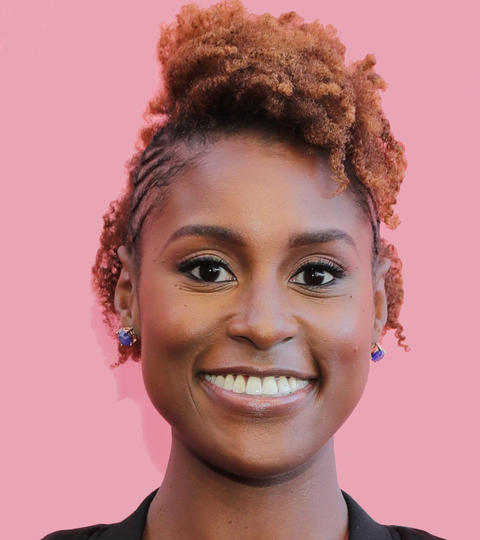 We all know growing kinky natural hair is not easy. I mean the toning your muscles get… staaap

Most times, girls as well as men don’t know what to do with their kinky natural hair. The only hair style they can think of is a high puff. It seems to be a major problem for naturalistas, especially for those with short kinky hair. Issa Rae, an African-American actress, rocks her short natural hair like no other. She adds natural hair extensions that match her hair colour and type where the need arises.

For those who don’t know Issa Rae, let me give you a brief bio. She is a hollywood actress who plays the role of Issa in one of HBO’s  popular series, Insecure.

Here are a couple of Issa Rae’s hair dos you could try:

Holding your hair up in a bun

Corn rolls that have two buns at the back

Braids on the sides, leaving some hair in the middle

Isn’t this so pretty

Flat twist on the sides, with a fro-hawk

Corn rolls on both sides, with a fro-hawk

Have fun trying your hands on these hair styles, Naturalistas.