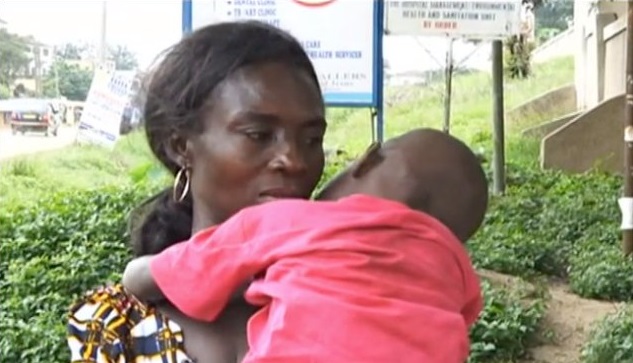 In case you are wondering why a four-year-old girl is trending on your timeline, we have an explainer for you.

Most of the time, we hear stories about children being defiled by much older men. However, most of the time, it’s either these men in are police custody, are facing trial or they have been sentenced to serve time in prison.

But the story of this young girl is more disheartening than you’d think.

You’re are right to assume that the fact that she was defiled is disheartening enough, not to talk about what happened to the culprit of this heinous crime.

Joy FM reported that the mother of the defiled 4-year-old, Monica Nyarko told them that the chief in the community where this crime was carried out freed the culprit because the gods said the suspect was innocent.

This was at a time when the little girl couldn’t even walk.

Yes, we are still in 2017, but this sets us way back to the early 1900’s or it even predates the time the Europeans first landed on our shores.

The mother had travelled to a funeral when Kwabena took advantage of that to violate the 4-year-old in a toilet facility.

According to the mother, she realized her daughter had been defiled when she was bathing her. It was then that the little girl told her mother that Kwabena had inserted his penis into her.

As the predator he is, Kwabena apparently sent the eight-year-old elder sister of the defiled girl to buy him a coconut and further warned the little girl inside the toilet not to respond when her sister comes back calling her, according to Joy FM.

Because she couldn’t walk after she was defiled, Kwabena carried her on his shoulder and dropped her at her house.

She apparently bled for three days and could not pass urine during that time.

Having realized what had happened to her daughter, Monica reported the incident to the chief of the community. The community’s gods apparently exonerated Kwabena.

So while the four-year-old is fighting for her life, Kwabena is set free.

This story has got a lot of people talking, especially Anita Erskine who is bent on drawing the President’s attention to this despicable act.

Sarkodie, The Highest couldn’t hide his disgust of the issue. He quote tweeted Anita Erskine’s tweet with just “No Way.”

Though KOD is in Dubai working on a new project, he is wading into this conversation too.

This is how I feel when I wake up to news of a 4 year old child being defiled and the accused is set free because the god’s said he’s innocent. That stupid chief who made that pronouncement should be arrested as well! Growing up, we never had walls in most communities because all adults were responsible for the raising of children in those communities, what happened to the Ghana I knew??? I’m calling on the President, a man who stands tall in his fights against human rights abuses, the IGP and Maame Tiwaa Addo Danquah, the new CID boss and all well meaning Ghanaians to stand against this injustice…. If that man is not arrested I will personally call all well meaning Ghanaians to walk hand in hand to the Flag Staff House. We won’t give credence to this nonsense in that village. Shouts to my friends at Joy FM who exposed this… #LetsProtectOurChildren

Don’t be surprised if you see #DoSomething trending.

Let’s get justice for this girl. #DoSomething is that powerful tool you need.