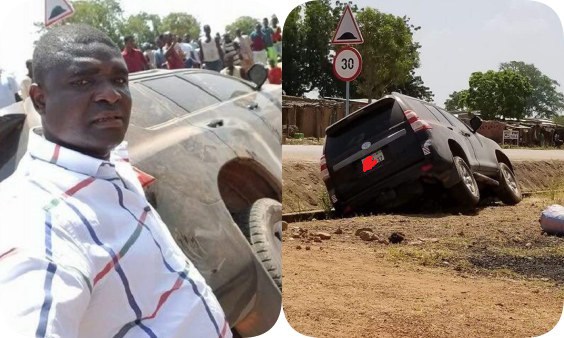 Yes, we are truly living in the social media age, ruled by selfies. There have been jokes about people choosing to take photos at accident scenes to post on social media rather than helping victims.

Now, this NPP leader did just that. He took a selfie at an accident scene, except that this time, he wanted to very much prove that he is alive and well.

The NPP National Nasara Coordinator Kamal-Deen Abdulai and two others escaped unhurt in an accident last Sunday while on the road in the Upper West Region. 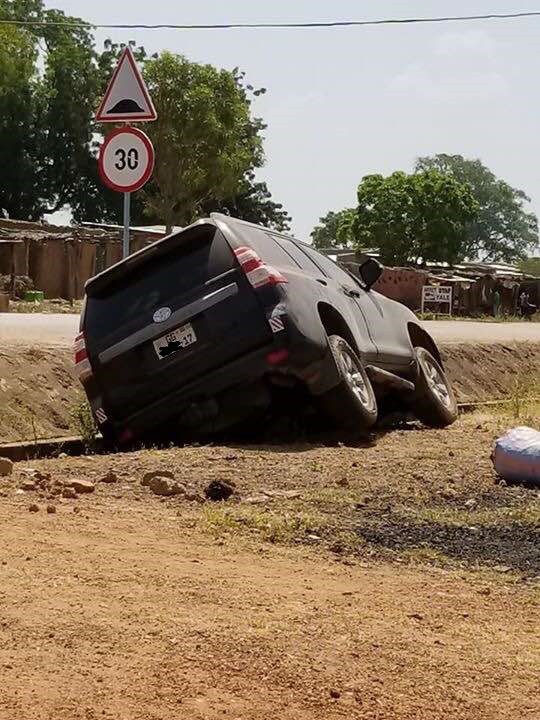 The position of the Nasara Coordinator is more or less the mobilizer of Muslims for the NPP.

See Also: A Number Of People Have Been Injured In Tesano Train Accident

Karmal, who had visited some party executives, was reportedly returning to Wa from Nandom when the accident occurred.

A stray animal was said to have crossed his 2017-registered Toyota Land Cruiser, and in an attempt to avoid hitting the animal, the vehicle veered off the road into a gutter along the road, 3news reports.

“We were just lucky, all of us escaped unhurt,” he is quoted to have said. 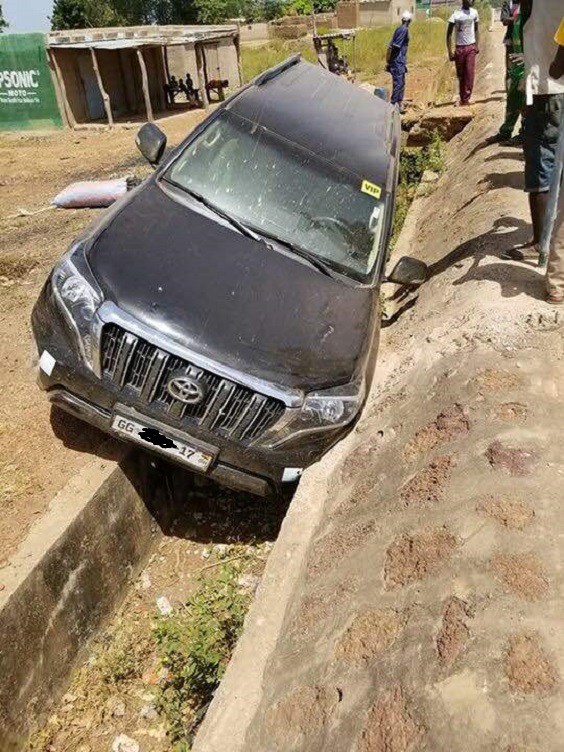 However, it seemed in order to prove he was fine, he had to do a little more than just talking to media houses.

That is why the selfie came in, to prove beyond doubt that he is fine.

But people are now raising concerns about how fast the V8 was moving. 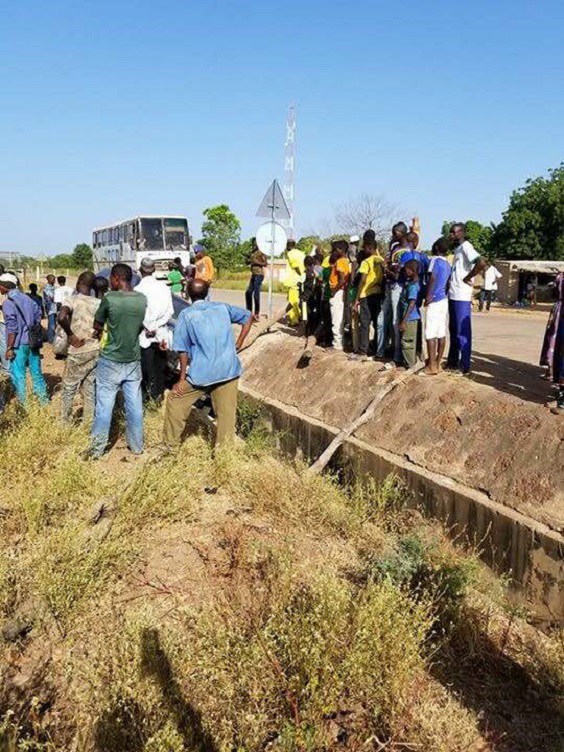 Because, as it can be seen in the picture, the speed limit is 30mph.

There is no telling what the insurance company will be saying about that.