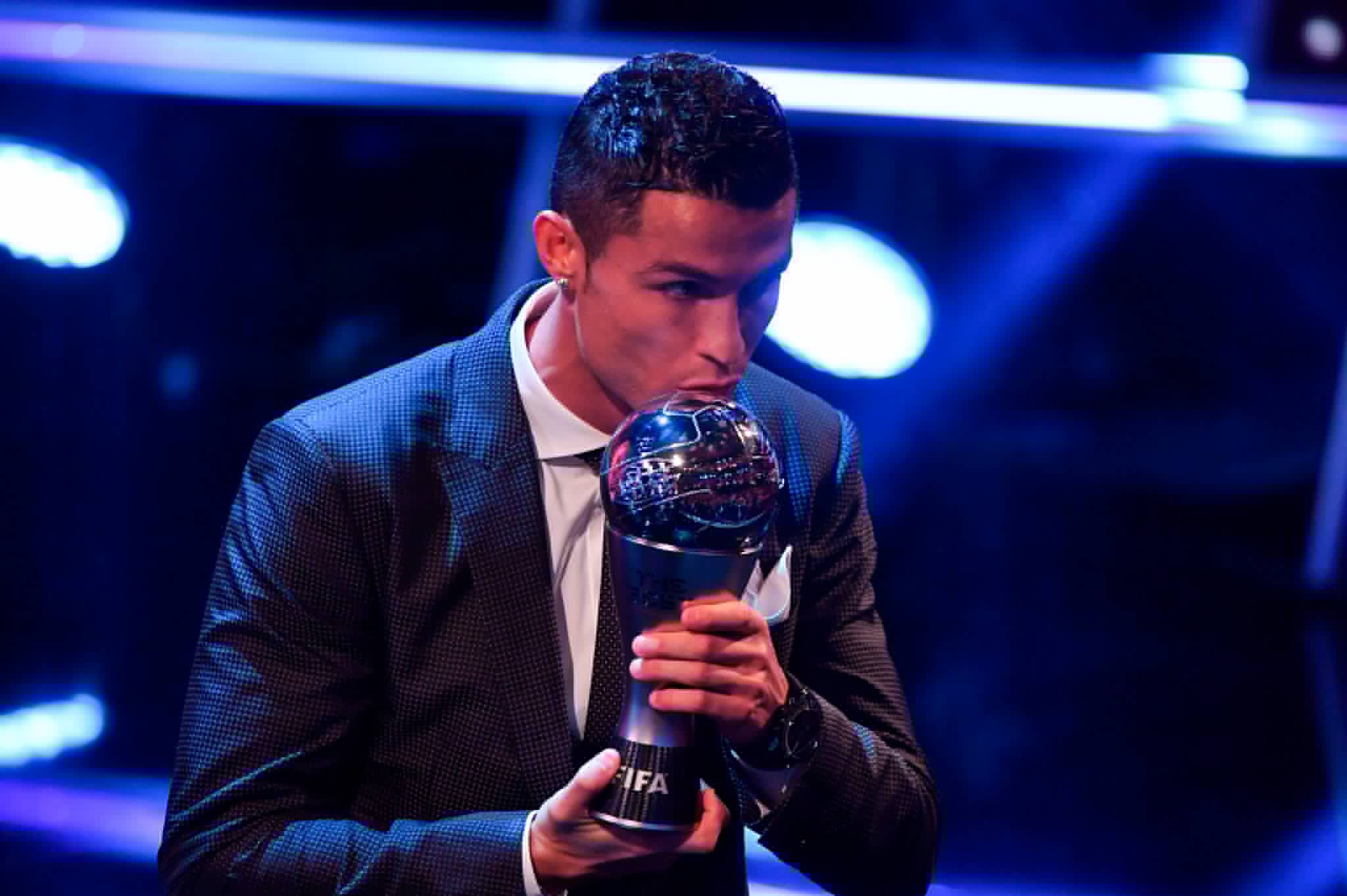 Before we say anything, we think Oscarine deserved to win the Puskaz Award ahead of Giroud, just look at the celebration alone…

The awards night was held in London last night and Cristiano Ronaldo was named the Best FIFA Men’s Player of the year.

For those of us who watched the show, with no doubt we can all agree it was a very good show.

For those who missed the show, this is what you missed: 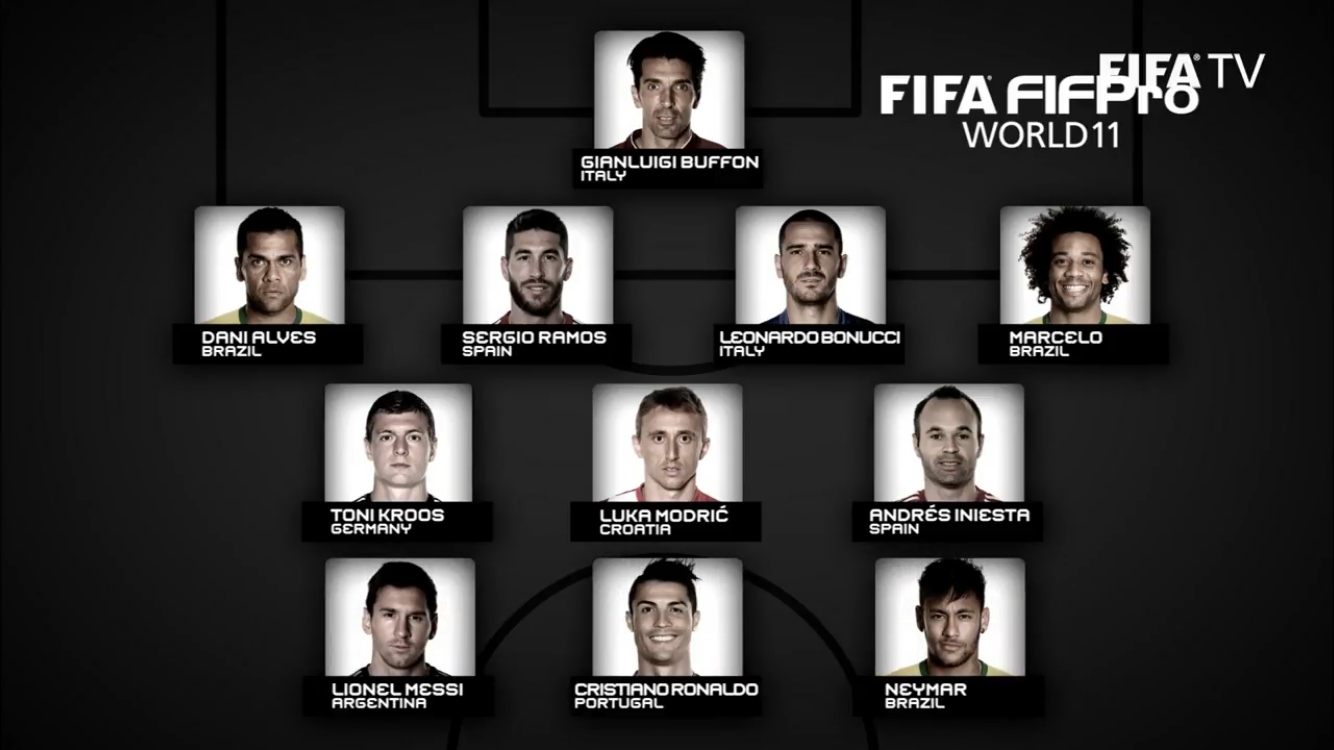 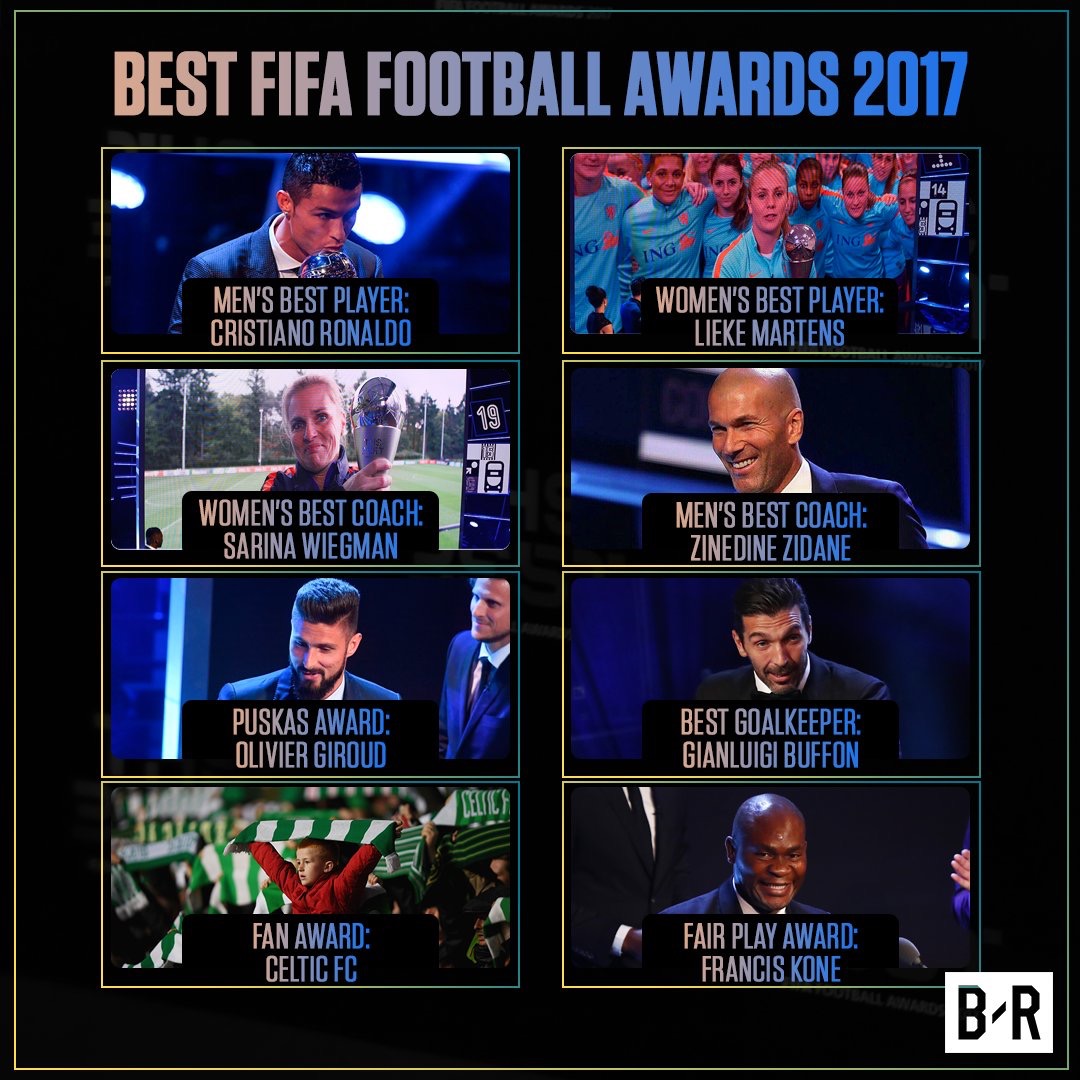 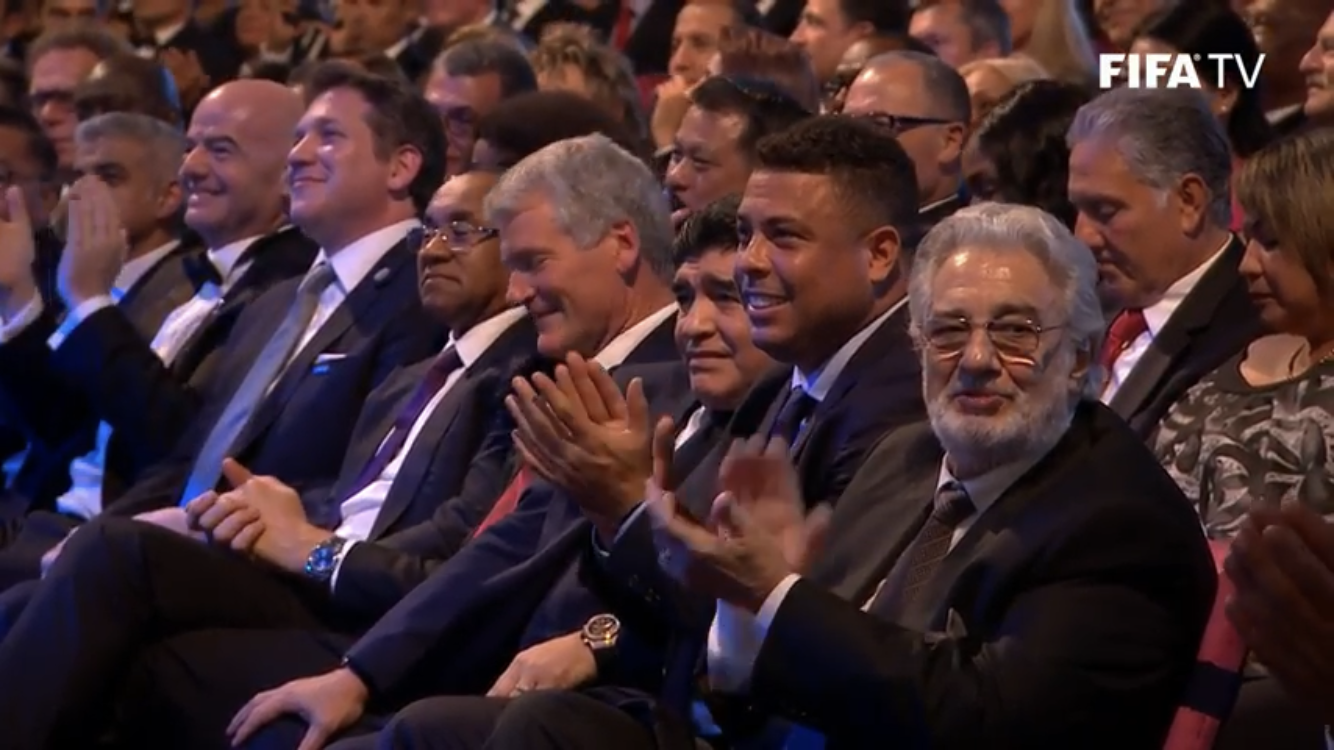 Aside the big gap Ronaldo gave both Messi and Neymar, the night was filled with so many other instances you might have missed. 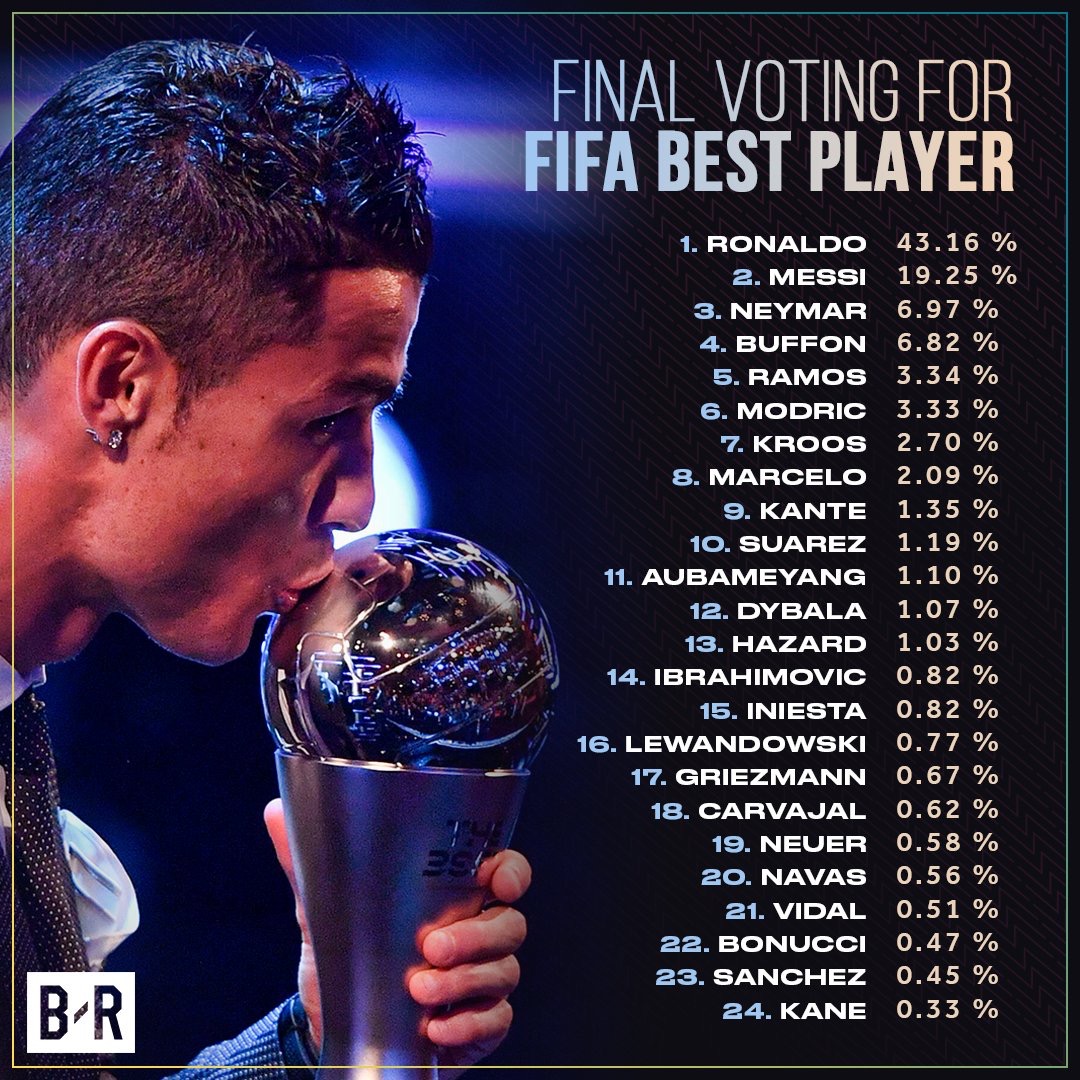 Here are some of the moments you might have missed at the show.

Ronaldo and Maradona are Friendship Goals. 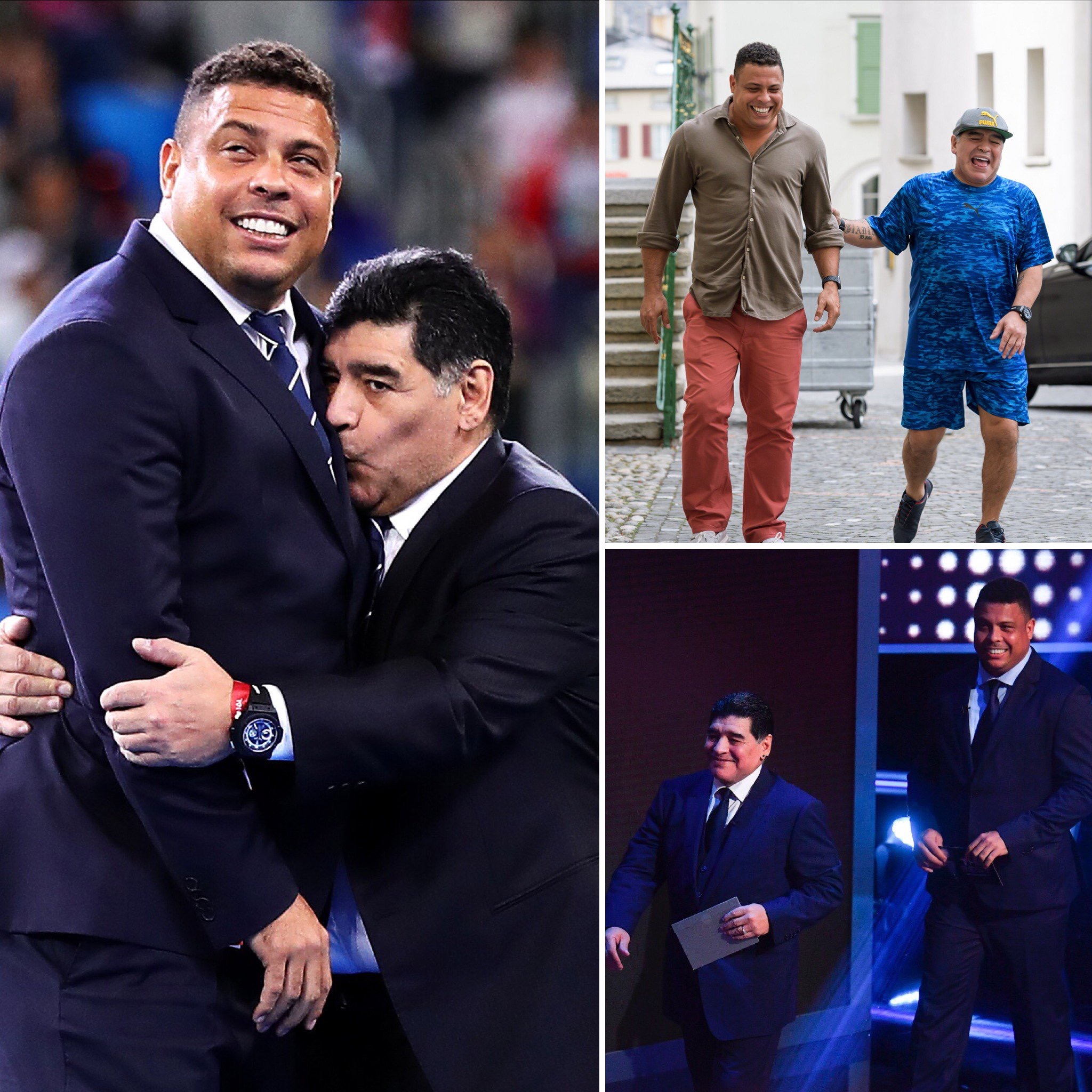 Ronaldo and Maradona again showed why they are friendship goals. The two are always together at every given time! 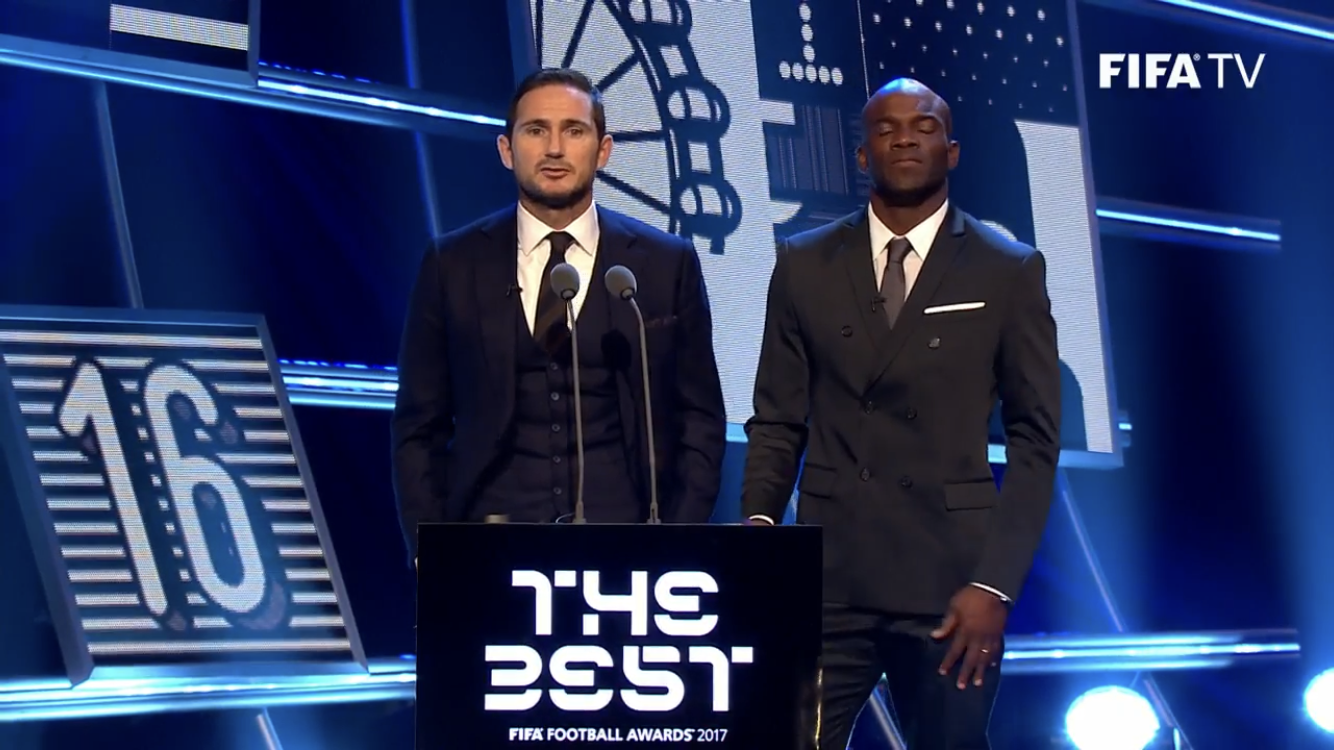 Drogba (164goals) wasn’t at the show, but when the MC invited Chelsea’s top scorer, we were surprised to see Frank Lampard (211goals). Drogba actually isn’t the all time top scorer for the club, but instead Lampard is.

But chale how’s a midfielder some club’s all time top scorer? Ah well.. 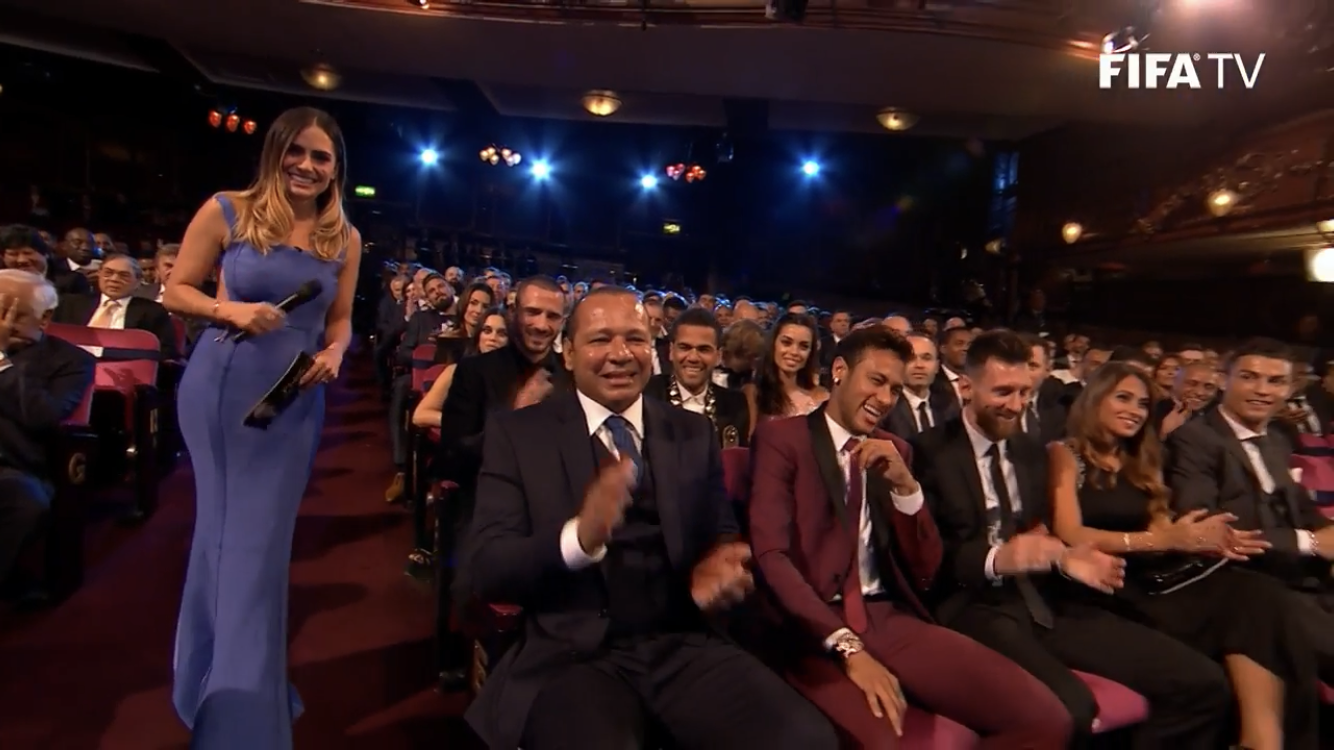 We also realized that all the finalist of the awards were there with their partners except Neymar. Ronaldo was there with his girlfriend and his son, Messi was present with his wife, but Neymar was only there with his Dad. 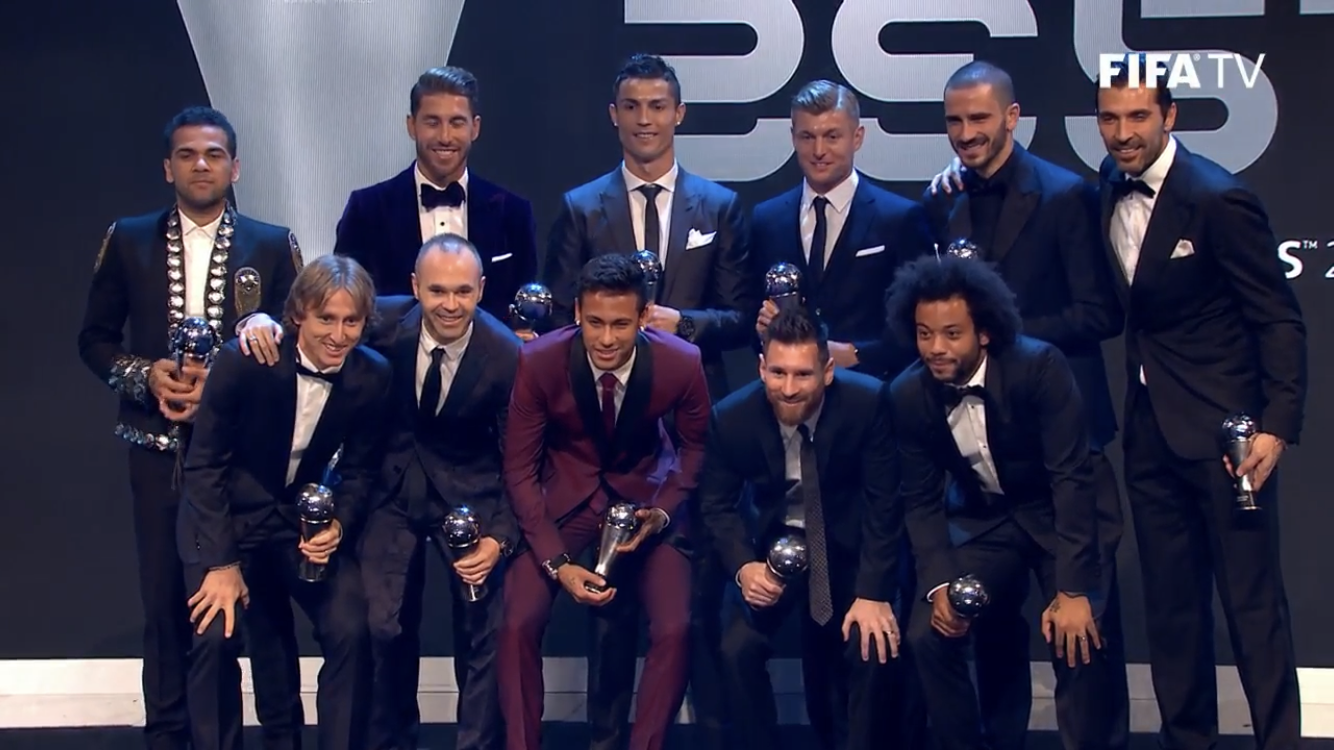 Technical difficulties isn’t something that happens only in Ghana, it actually happened at the event last night. After the FIFPro players were announced, there was a little bit of difficulty in coordinating the players back to their seats, causing the show to halt for a few seconds. 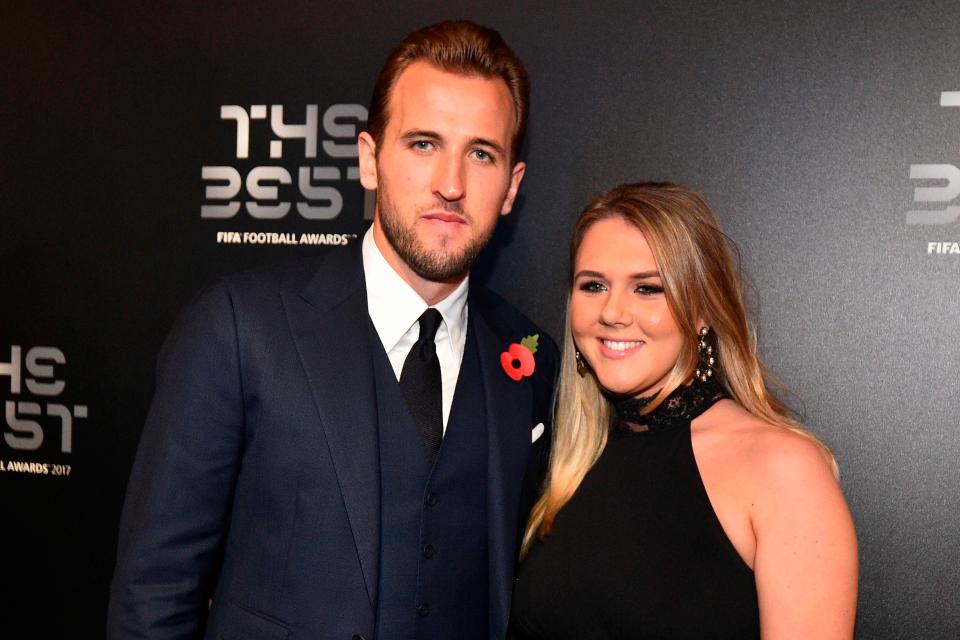 Harry Kane was one of the few Premiere League players at the event last night but did you realize he had a poppy on his coat? The truth is, to honour those affected by war, a poppy should be worn from 11 days before Remembrance Day. This year’s Remembrance Day is on the 12th of November, so it looks like Harry Kane was too excited to be at the ceremony so he went a little bit ahead of time.

Let’s leave y’all with this. Take a very good look at the picture up there. How many numbers do you see in THE BEST?

We can see the number 7 at least.