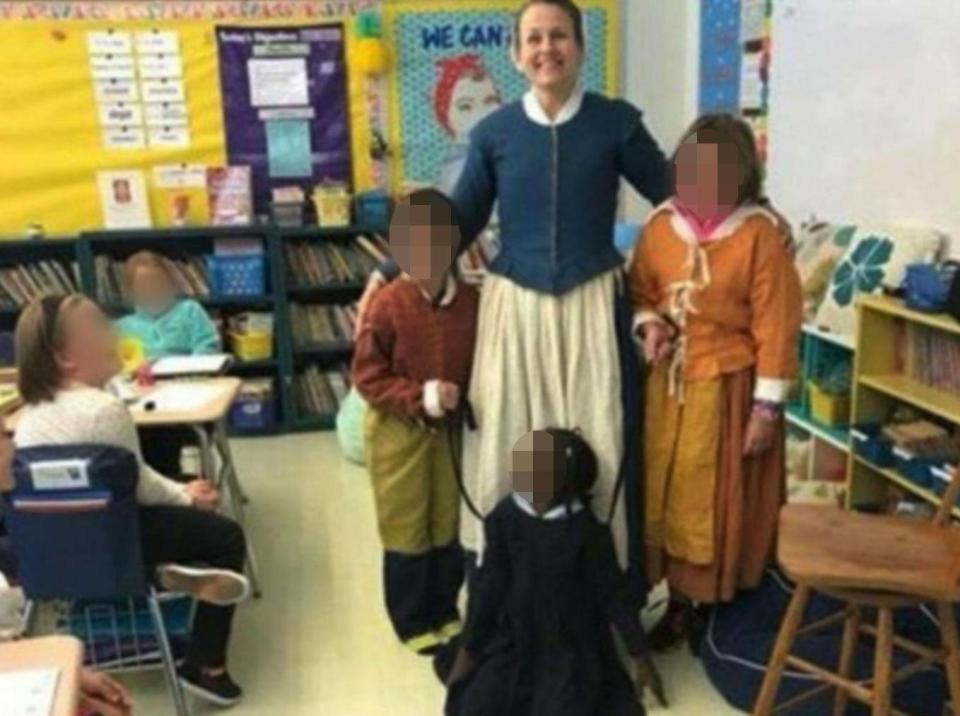 So this happened on Twitter, or should I say in a school.

Take a close look at the picture again… 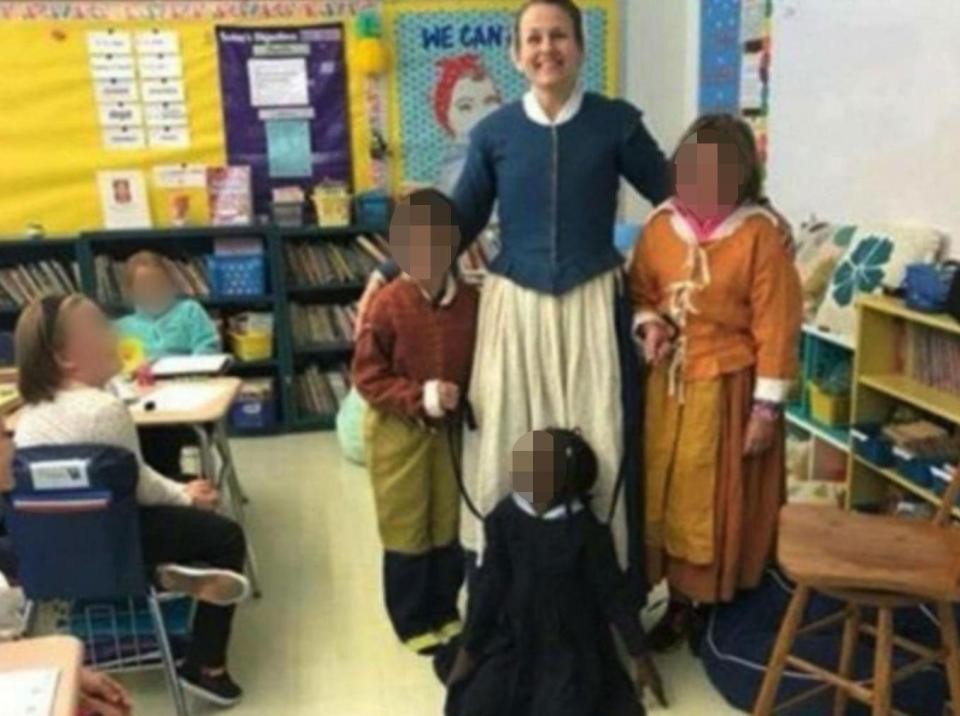 The photo shows a white woman, dressed as a pilgrim, with her arms around two white children, also dressed as pilgrims. The two children appeared to be holding ‘leashes’, which were attached to a young African-American girl kneeling on the floor in front of them.

This picture was taken in a school called Mitchell Elementary School in Bridgewater Massachusetts (USA).

After the parent of a black girl approached the school authorities, this is what they sent out. 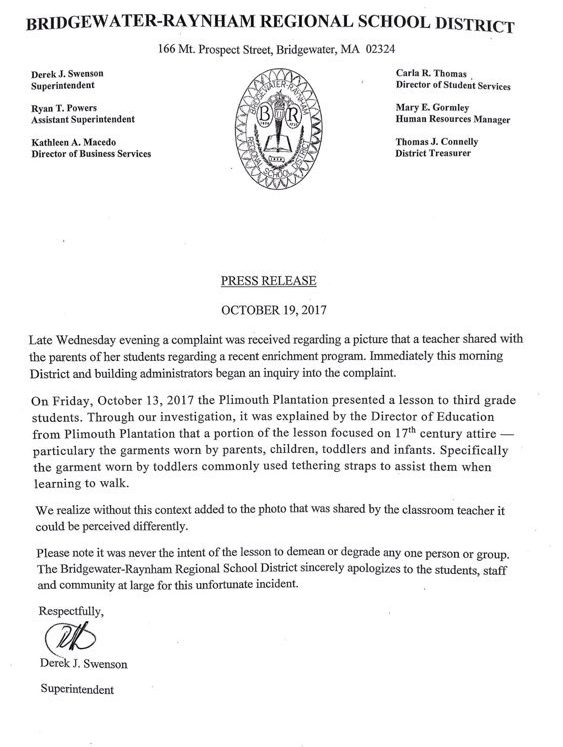 This has got a lot of people talking on social media…

what the hell? are the other kids holing onto ropes on her? either way this is NOT ok

The teacher is dumb, however, for not realizing why the optics might be misleading and inflammatory.

The teacher is dumb, however, for not realizing why the optics might be misleading and inflammatory.

You still missed the entire point of issue. America needs to stop glorifying that time in history. There was nothing glorious about it.

Is this the Salem witch hunt reenactment? Why can’t they put a white kid as the witch?

What the hell? That is extra wrong.

WHAT THE FUCK!?! FIRE THAT TEACHER.

Been saying it for years. There’s a sickness in that country, and I’m not sure it can be cured.

Others jumped to the defend the school…

In colonial times children has tethers in their clothing to help them learn to walk. This little girl volunteered to wear that clothing then people took an image and ran with it.

What are your views on this, Kuulpeeps? Share with us.