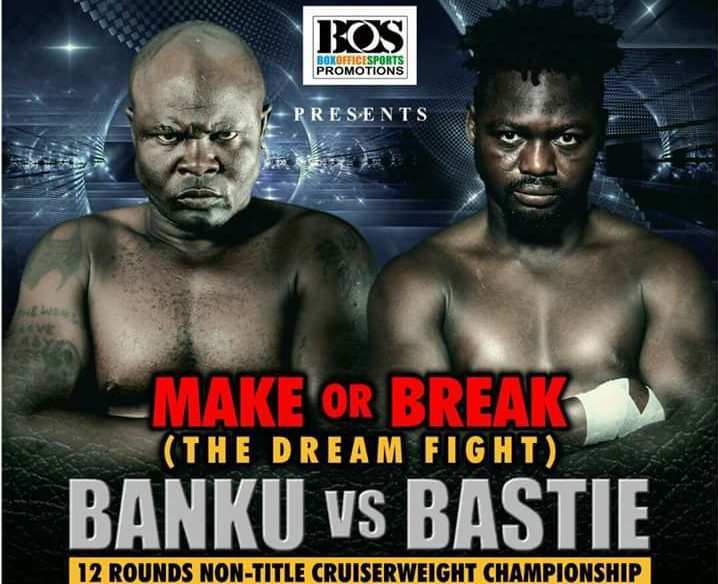 If you missed last Saturday’s bout between Bukom Banku and Samir Bastie, you missed a hell of a fight.

Bukom Banku for the first time, has lost a fight in pro boxing and people couldn’t have enough.

Here are some of the comments people shared on Twitter.

A man cannot be silent until he meet his meeter- Bukom Banku (the night Bastie Samir turned banku into koko)#VideoBy @TheGhanaWeb pic.twitter.com/rtHzQ6pDjF

Ike Quartey’s reaction to the Bukom Banku knockdown says it all. Bastie Samir is too Powerful pic.twitter.com/Z4hfDPXFtV

This is the end time of Bukom Banku. After all this embarrassing bout. He will still brag and call for a rematch.

Banku was a disgrace. pic.twitter.com/LfDmwtXtNV

Bukom Banku is sitting by his bedside this morning chewing paracetamol without water. His life keeps flashing right before his eyes.

A man cannot be careful unless he’s beaten by Bastie Samir!!!, #Bukom #Banku

We are having a good go at Bukom Banku and rightly so but no boxer had forced us to think about local boxing like him.

Don’t worry Banku, Sark’s got your back!

Ayitey Powers also had something to say about his next fight using Banku as reference!

Ayittey Powers said it. “You don’t know who you are coming to play” Bukom Banku needs “Akobam” pic.twitter.com/czaF0PHrsT

After it all, this is what Samir Bastie had to say…

After knocking out Bukom Banku…Samir Bastie’s interview. Can u pls explain to me what he means? pic.twitter.com/K71mCqYCOU

Hahahaha… did you hear anything? cos we didn’t!