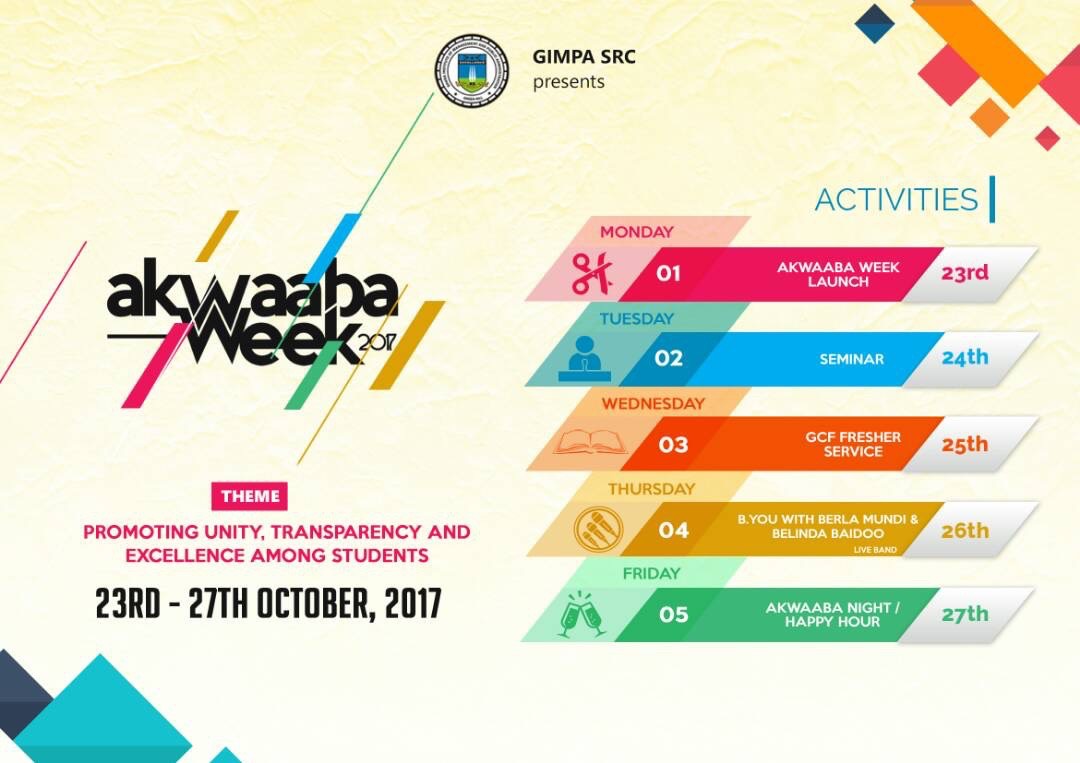 Whenever anyone hears of GIMPA, they just roll their eyes and assume it’s a school for old people and nothing ever happens there.
Well, that changed during the last SRC era of Sammy Anim Addo. He managed to raise the standard of event organization on campus and hosted one of the biggest SRC weeks ever.
There is a new President on the block however and this is his 1st event since he took office.  The office of the SRC has something really cool planned out for this year’s Akwaaba week celebration.

After the launch, most students are really looking forward to the seminar on Tuesday, which  has our very own student, John Dumelo and also the controversial Counselor Lutterodt on the bill, talking about promoting unity, transparency and excellence among students.

On the 26th, the Women’s Commission will host TV and radio presenter, Berla Mundi and also international model and CEO Belinda Badioo, who will be talking on the topic “B the A class woman on campus and beyond “
On Friday, to climax the event will be the Akwaaba Night dubbed Happy Hour
If there is any week you should miss any news about GIMPA, then it definitely shouldn’t be this week.
written by: O’neil Jackson Hene (GIMPA)