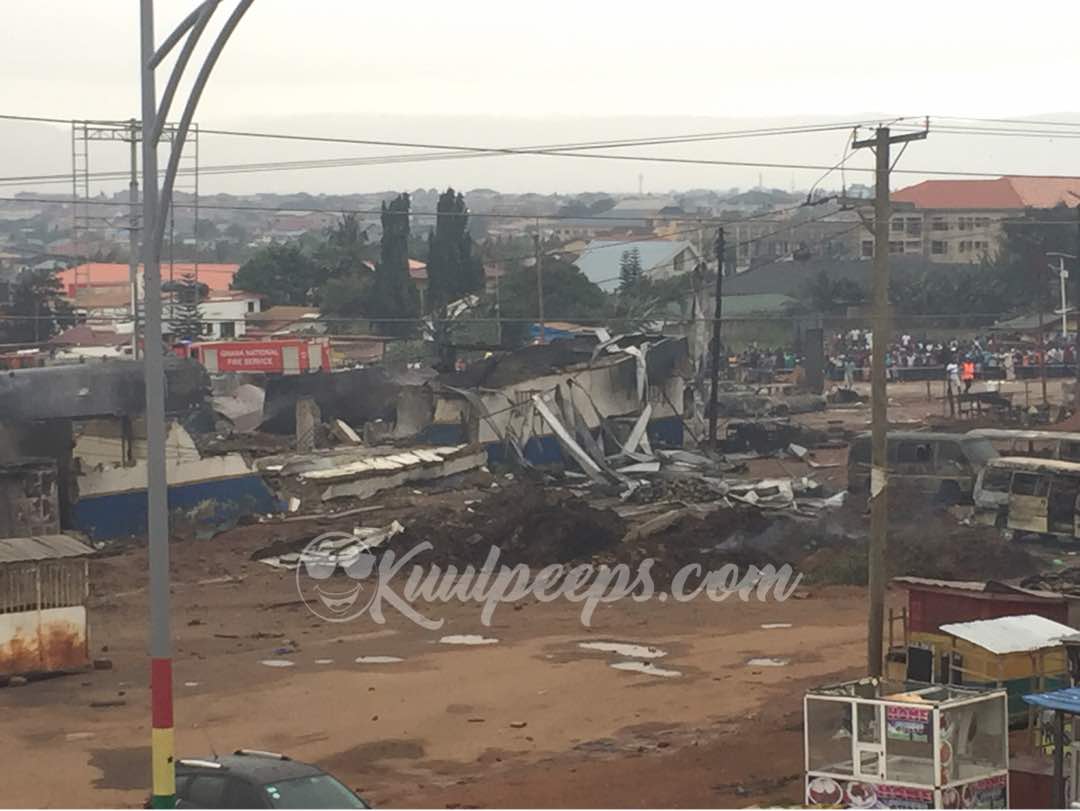 Days after the Atomic Junction Explosion, a lot of theories were churned out as to the cause of the fire.

A Khebab seller got his fair share of the blame, until the logical inconsistencies were pointed out, then what looked like a more complete story of the explosion that has now claimed about 10 lives begun to unravel.

The authorities, after a couple of days pined it on the driver of the offloading LPG tanker truck, Yussif Seidu, who did not supervise his subordinates to safely discharge the gas, thereby causing the explosion.

Now it has been reported that, that driver at the centre of the Atomic Junction explosion has died mysteriously just when he had gotten a new tanker to work with.

“I can confirm to you that Yussif Seidu, the driver who was in charge of the tanker that caught fire at Atomic Junction is no more with us. I can also say that he didn’t die as a result of any injury flowing from the accident that occurred, but he died a natural death.”

See Also: Was The Atomic Gas Explosion Caused By A Khebab Seller?

He was quickly rushed to the Tema General Hospital after he fell unconscious. Health officers at the hospital later pronounced him dead.

It is currently not clear what caused the unconsciousness that led to his death.