Kuulpeeps – Ghana Campus News and Lifestyle Site by Students
Home POP CULTURE Events We Both Know He Is A Fuckboy But You Want To Be...
Facebook
Twitter
WhatsApp 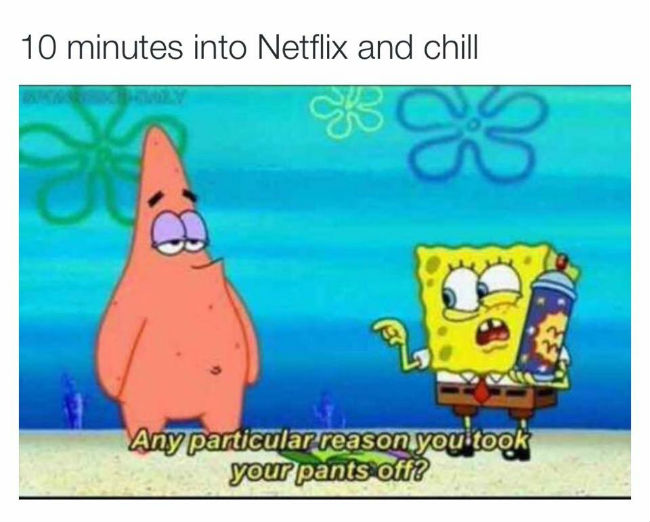 You know why we always come back to this fuckboy issue? Because every year, they increase in number, literally. And every year too you fall, not in the least perturbed to learn your lesson, sending your brezz to be pressed by an undeserving soul. So here we are, talking about this again. We both know when we see a fuckboy, but read on to be sure.

Number one fuckboy sign, Netflix and chill is his go-to-date plan. “Come and let’s watch a movie”, “Come over, I’ve got some fresh movies, it’s blockbuster oo, have you watched distin before?” “What series do you like? Come, I have up to the recent season.” Abi when you finish watching, you will sleep on his bed in peace? You’ve done well, clap for yourself. Even, just when you thought you had planned out a cool date, he cancels last minute.

If you get a goodmorning text from a fuckboy, then the boy is on some Desperado level. If you carefully monitor the times he texts, it’s always between 7pm to midnight. Sometimes, he remembers you exist only at dawn. And you are there claiming girlfriend status as you’re replying his texts.

I wont lie, the first few days of meeting a fuckboy are nice, maybe alittle above sweet. If he was treating you badly, like would you be falling for him and thinking of dumping your main? I didn’t think so.

The number of women in his life is like doing Calculus….your brain will borst aaama. You have no idea if all those girls on his social media are all really just friends. And if you think that the people he’s been texting in front of you are all guys, then you have been brainwashed for long. If you’re lucky, he will show you pictures of the type of girls he deals with, if he’s cool, he will explain things to you, make a whole convo about his annoying ex. In his head, every girl feels him oo. He doesn’t have time to approach girls, he says.

Meeting a guy’s circle of friends, to some extent, shows that he is willing to introduce you to his lifestyle. So if you’ve not met his friends, that could mean that you’re messing with a fuckboy. But that’s not always the case, if you actually do meet his friends, it’s more likely they don’t even know you. If they do, my dear, they act like they know something you don’t, because they actually know something you don’t, which is that he is seeing other people.

When you’re dealing with a half man half slut, know that you will never be introduced as a girlfriend. To him, there is no label to your ‘friendship ‘. Why can’t it just be as it is, and let things flow? Cause you’re a hoe!

Ladies, let’s be clear on one thing. There is absolutely nothing wrong with being with a fuckboy, especially when you know he is a fuckboy and understand what his intentions are. If you are sure that you can handle it when he ghosts on you for days after giving you the best head in your life, please go ahead and enjoy, cause life is short. Broken heart too is not hard to get over oo… and sometimes you cause your own heart. You know you want a boyfriend who will pamper you 24/7, so what are you doing picking a fuckboy’s calls? Wise up.