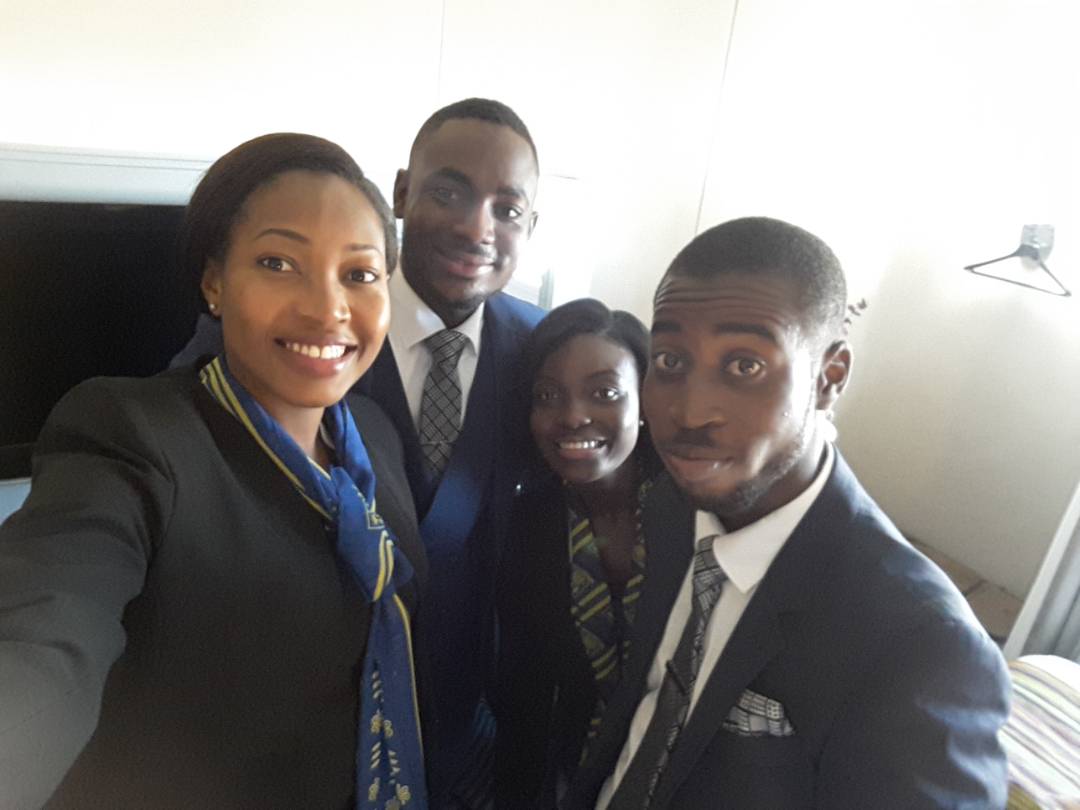 The CFO (Chief Financial Officer) Case Study is an annual competition organized by the CharterQuest Institute of South Africa, which seeks to challenge university students around the world to prove they can compete at the highest level by solving a set of complex finance, operational, strategic and ethical problems that beset a real-world global business in the emerging markets

A couple of months ago, a Ghanaian team from the University of Ghana’s Business School, Team Iris, qualified to be in the top 6 out of 370 teams globally.

The finals was held in South Africa in October and Team Iris came in second!!

Well of course after interviewing these intelligent kuulpeeps before they made it to South Africa, we followed up on them and spoke to one of the team members, Richmond Sam-Quarm.

First of all, Congratulations, guys!!!

So what cash prize did you guys bring home?

Richmond: Lol All the cash went to the first place winners. For second place, we got Scholarships to pursue ACCA, CIMA OR SA,CA.

It was a very good experience in it’s totality. The organization was top-notch. Schedules were followed at all times. The CharterQuest Institute truly outdid themselves.

And how about the finals? What was that like?

Richmond: Very intense!! The pressure was always on, especially where we had just three hours to solve a multi faceted case comprising 5 different issues, do a PowerPoint and then present to the judges, after which critical questions were asked. 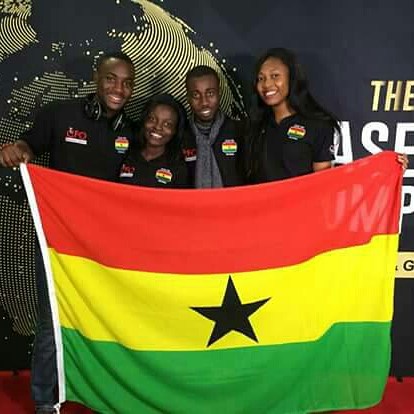 Did you guys have time for some tourist-y things?

Richmond: Yes, we had a day set aside for that. We visited Mandela’s house in Jo’burg and Soweto, the Apartheid Museum, the FNB stadium, and a few other places. The competition itself began on the Thursday and the finals was on the Friday. 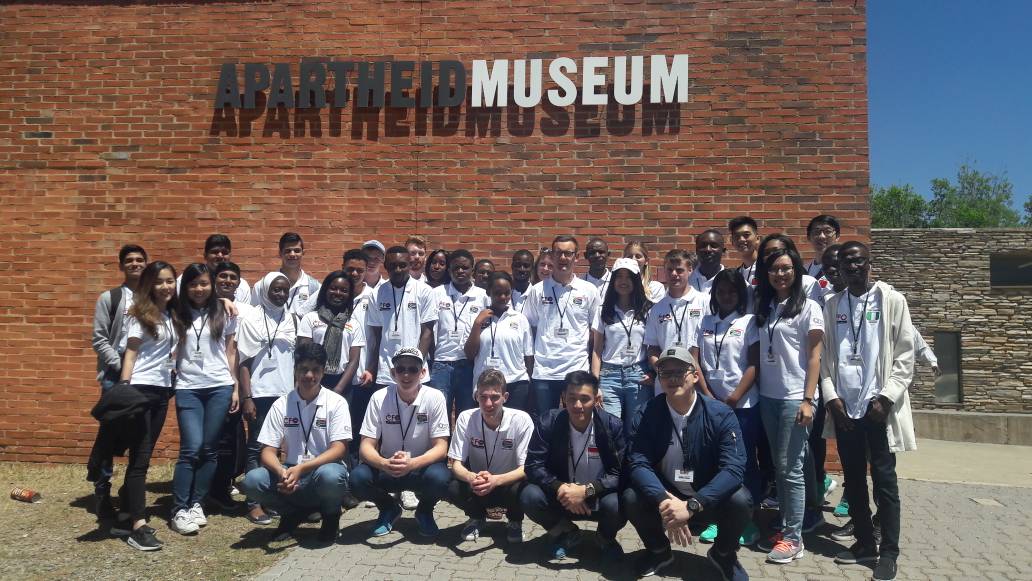 What were the fun parts of the whole experience? Any funny story?

Richmond: Well on the day of the tour, we went to Soweto and there were so many black people. That’s where Mandela actually stayed. And there was a group dancing at the restaurant we went to and the way everyone behaved was really interesting; joining in the dancing and all. Also, after the competition, team Ghana and Nigeria went out together and that was really fun.

Keeping up with the Ghana-Naija spirit!! Nice! Did you maintain contact with them? The Nigerians??

Richmond: Oh yeah! Almost all the teams! Contacts were exchanged and a common Whatsapp group was formed as well. 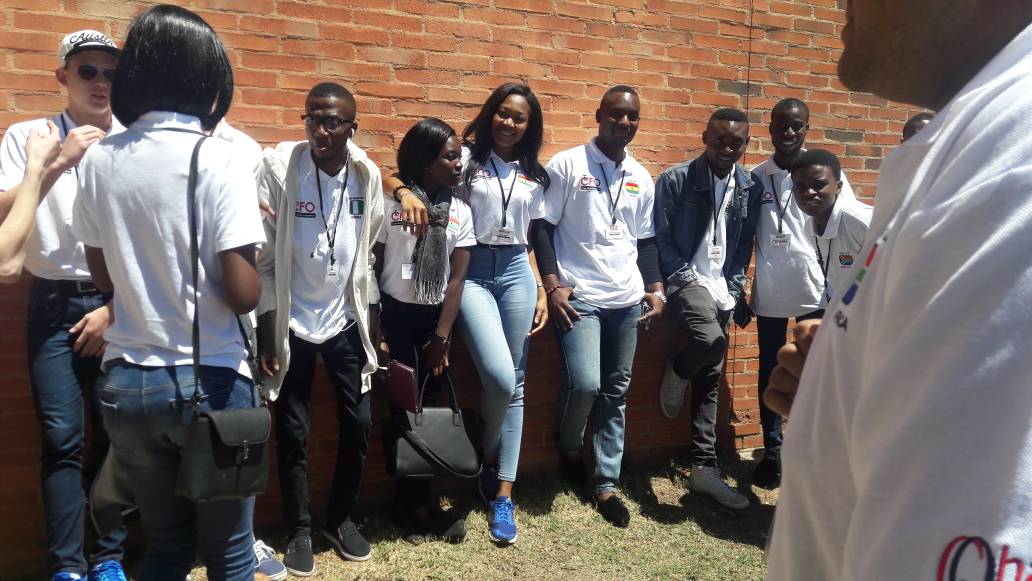 Richmond: We were all housed in a hotel, the Garden Court hotel in Sandton, Jo’burg

And how was SA food?


Richmond: Lol very bad!! No salt in their food so yeah… 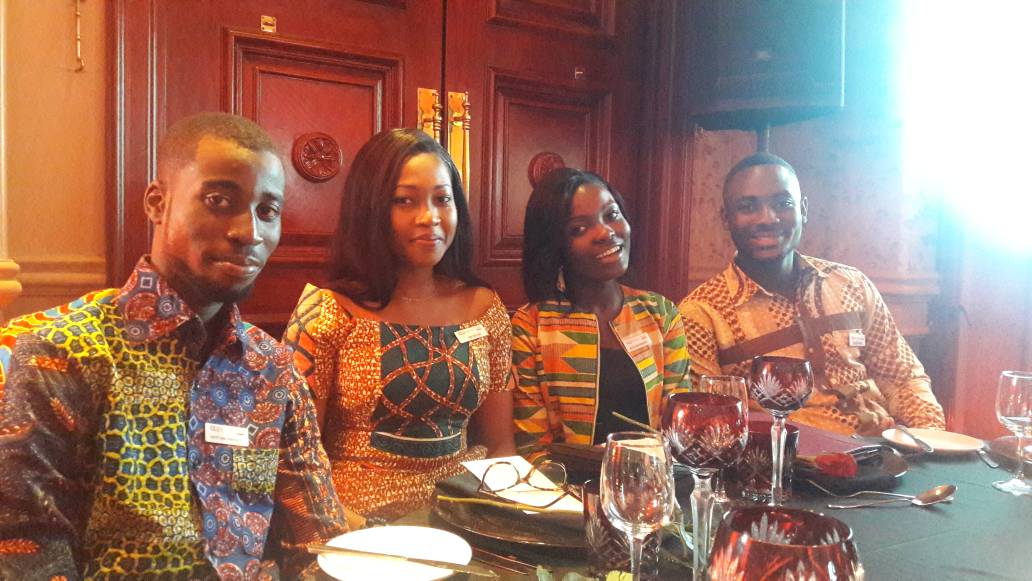 Was it your first time traveling out of the country?

Richmond: For the ladies, no but for me and Jesse, yes. Lol

So for you, how was your plane ride experience?

Richmond: (Laughs) It was normal. Just imagine sitting in one place continuously for five hours and the periodic churning of the tummy cos of change in altitude. 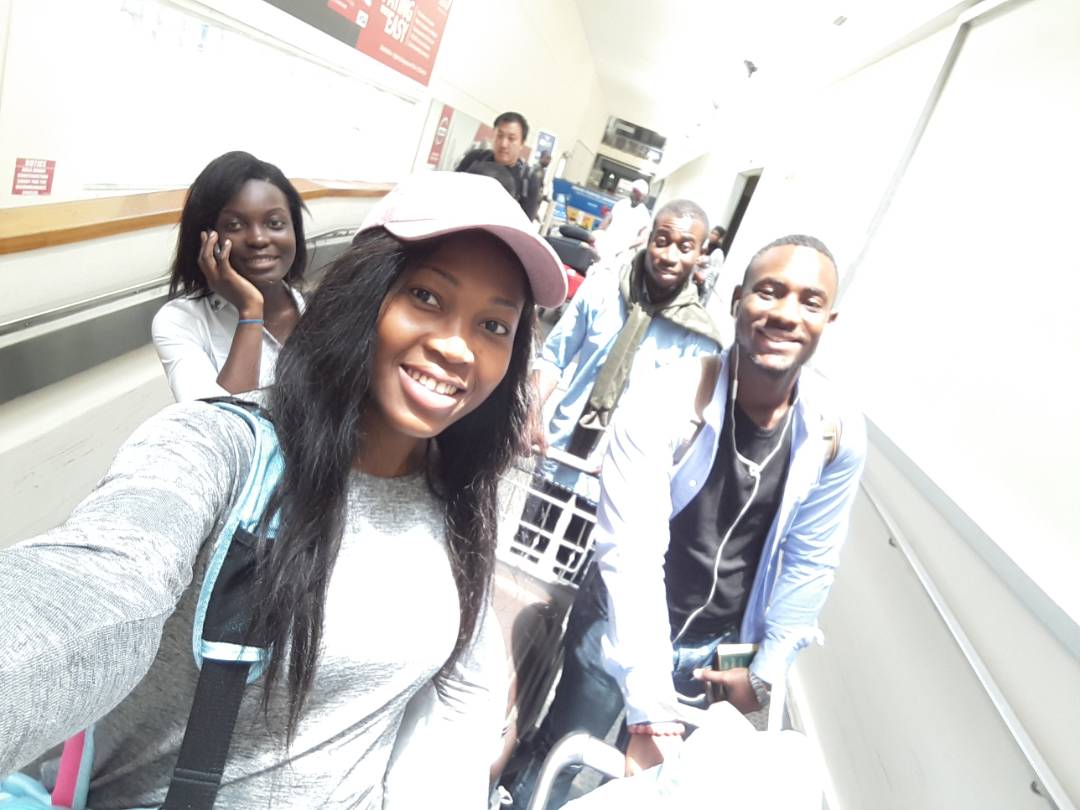 How did you guys feel tho? Being the only Ghanaians?

Richmond: It was no different from the other teams, except probably the South Africans who were home. But we saw ourselves as a unit and did everything together so it was pretty cool.

About the team, how did you guys come together?

Richmond: As expected, Jesse put the whole team together; he looked out for individual qualities and how we could gel.

And why the name Iris?

Richmond: Iris is the part of the eye which controls the amount of light that enters the eye and this light is what translates into vision. So the name just represents ‘vision is business’. Prophetic name right? (Laughs)

Lol so, did or do you guys fight at all?

Richmond: Yeah it happened a lot! We’ve had disagreements, but we always had to find a common ground cos in the end it’s a team effort. But the dissenting views were always there. 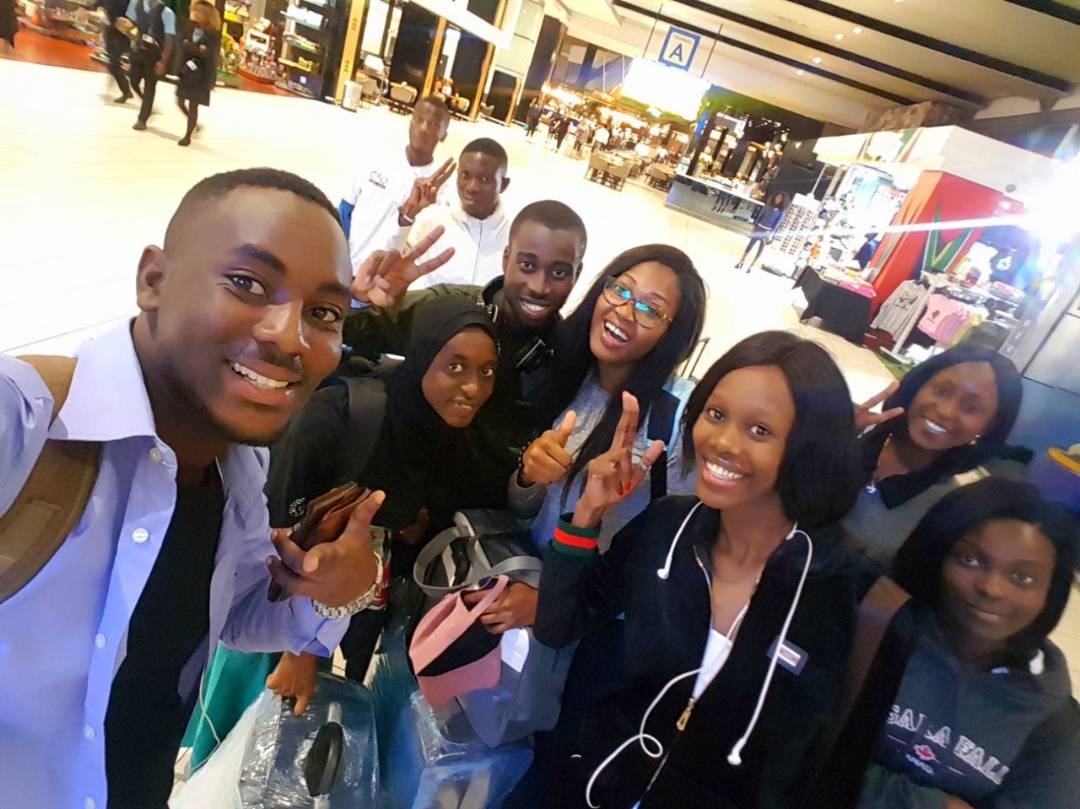 Do you guys hang out often since you returned from SA?

Richmond: Not really, because of work. We are all doing our National Service at the moment, but we communicate a lot.

What about the consultancy firm you guys hoped to start? How’s it going?


Richmond: Yeah! We have all the fundamentals figured out. We are just left with the registration of the business, which should be done very soon then we’ll kick start, alongside our various jobs.

Thank you Richmond and all the best

Richmond: Thank you too and to all who supported us, both in prayers and during the voting phase. 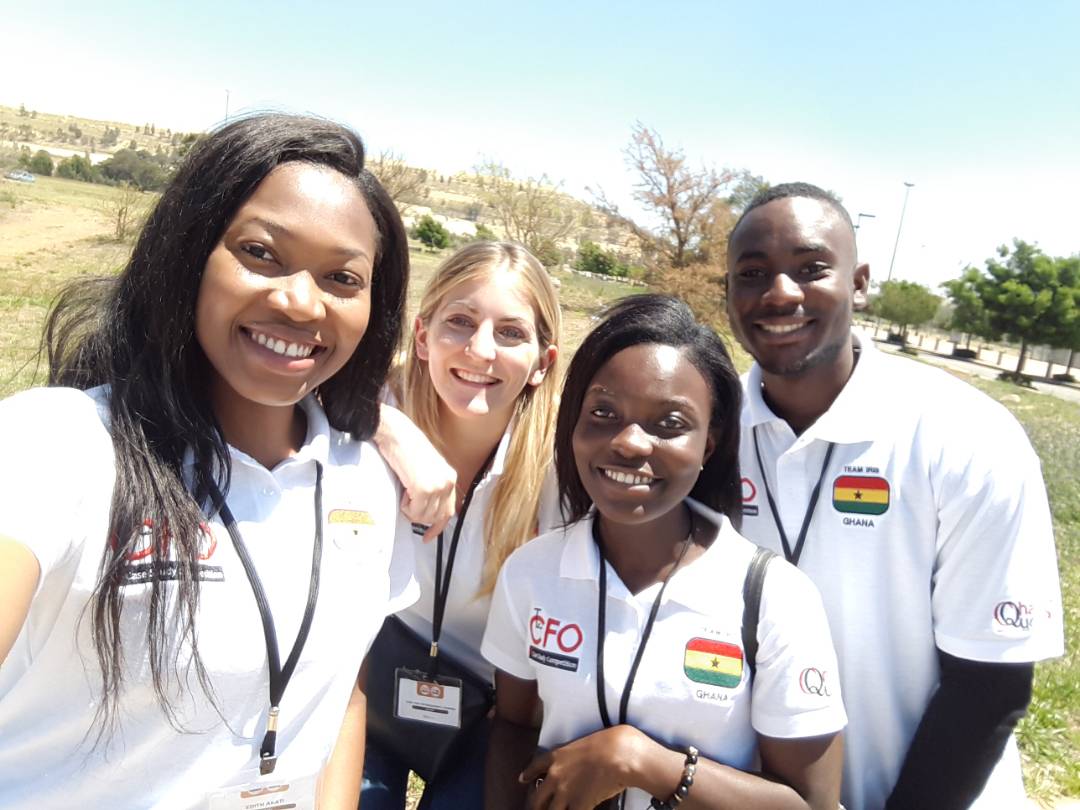 ps: they are the last group to present.