Have you guys come across the “Me too” tweets?

Well, if you haven’t, let us give you the back ground story to it.

#me too, I was sexually abused by my father, my paternal grandfather and by a brother. My father started grooming as a small child. Hated it

#MeToo I was raped at 17 and had an abortion as a result. #Me Too I was also sexually harassed by a co-worker, who was later promoted.

#me too “Me Too” trend on Twitter raises awareness about sexual assault https://t.co/jBHxXSniPb

Harvey Weinstein is a famous Hollywood producer who has been fired from his own company, Miramax, which produced several popular movies with most of our favourite actors and actresses. Harvey was fired for misconduct and is being investigated for sexual assault. The sexual harassment allegations uncovered by The Times stretched back decades and came from actresses as well as former employees of the Weinstein Company and Miramax, the previous company that Mr. Weinstein and his brother founded. 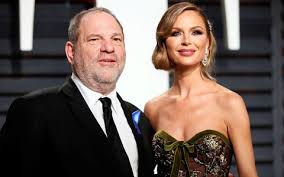 After this incident became public, most of those in Hollywood, both male and female came out with their own truth and stories similar to this incident; basically opening up about their troubles while auditioning for movie roles etc., some were groped on set, others were forced to have sexual relations with directors and producers alike in order to secure a role.

Most kept quiet about these situations in fear of losing their jobs or being blacklisted, but the whole shade is, you don’t have to be in the entertainment field to experience sexual harassment.

Though I was raped by a stranger who raped me at gunpoint after robbing the store, I was still asked by a female “friend” what I had worn

It happens everyday, but because most victims are afraid nobody will believe them, or accuse them of being at fault, they suffer in silence. Smh it’s a sick world we live in.

The #Metoo tweet is the most postive thing to ever trend on twitter, and we are all hoping that everybody will participate in this so others can see the magnitude of this issue.