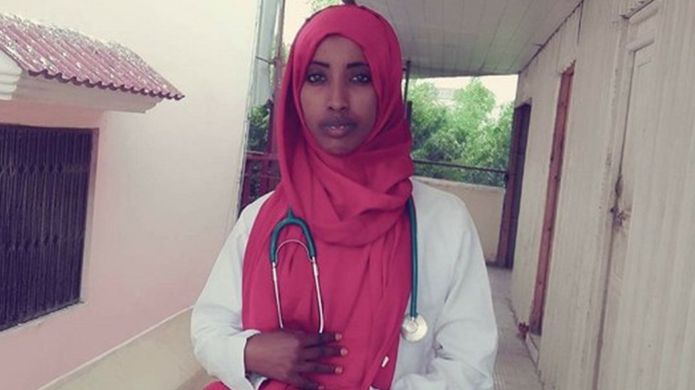 A young medical student who was due to  graduate in Somalia last Sunday has been identified as one of the victims of last Saturday’s vicious car bomb attack in Somalia.

Her father had flown to Mogadishu to attend her graduation, but instead witnessed her burial.

Maryam Abdullahi was just a day away from becoming a doctor.

“The family is shocked, especially our father who traveled all the way from London to attend her graduation, but instead he attended her burial,” Anfa’a the sister of the deceased told BBC.

Anfa’a said she had spoken to Maryam about 20 minutes before the blast and that at that time they spoke, Maryam was in the hospital where she worked.

Last Saturday’s blast has claimed about 300 lives so far, about 165 unidentified bodies have been buried, according to the BBC.

Some of the bodies were reportedly burnt beyond recognition. 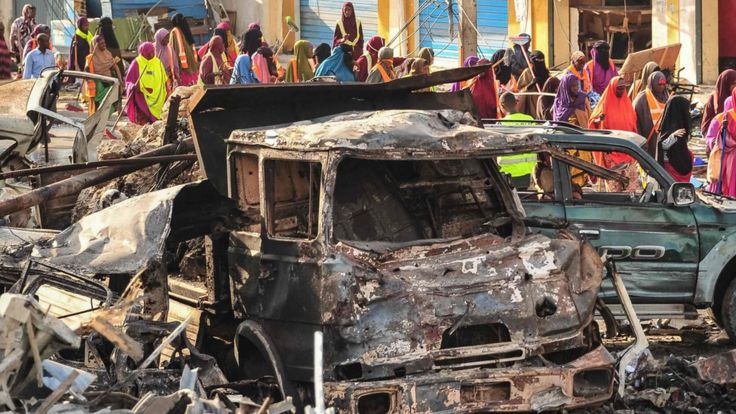 Al-Shabab, which is allied to al-Qaeda and which often attacks Mogadishu, normally claims these attacks quickly.

This time around, no terror group has claimed this attack.

Maryam’s family is now mourning the loss of their loved one who was killed in this terrible attack, just a day before she was to graduate as a medical doctor.