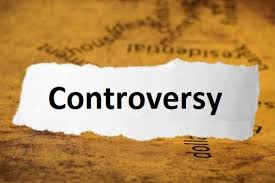 You might be wondering why the name Controversy Court. Read on, for all the gist.

The Controversy Court is a platform organised by an Ashesi student of the class of 2019. He is also a Melton Fellow. He goes by the name Kwabena Twumasi Ankrah. He came up with this initiative because there is a silent war in Ashesi. A war between students, as well as a war between students and staff.

The Controversy Court is a bold yet safe space where sensitive issues relating to various topics are discussed, ranging from Modern Slavery to Nation Building, Sexuality and Faith, to sensitive Social Issues in Ashesi, Ghana and Africa as a whole. It is essentially about demystifying certain entrenched social, political and economic constructs, especially within the African society and coming together with a resolve that will lead to responsibility and action.

It encompasses a series of talks which will address issues relating to the ripple effects of colonialism on the socio-cultural fabric of colonized societies in Africa, on Spirituality and Faith Vs Sexuality, Human and Environmental Interaction, Leadership, Rape and Harassment, International trade policies that kill local industries in Africa, Politics, Colorism, The No-Alcohol Policy on campus, among others.

This is to give students the chance and free space to discuss sensitive issues without feeling like they will be victimized or marginalized afterwards for doing so. What is said in the Controversy Court,Stays in the court unless with the permission of the one who said it.

The results from every session will be channeled into producing hard data from the student population, and faculty. It will be used as an insight tool to seek redress on issues affecting students and/or staff on campus and create an Ashesi University that is truly liberal, inclusive and fair.

This is The Controversy Court.