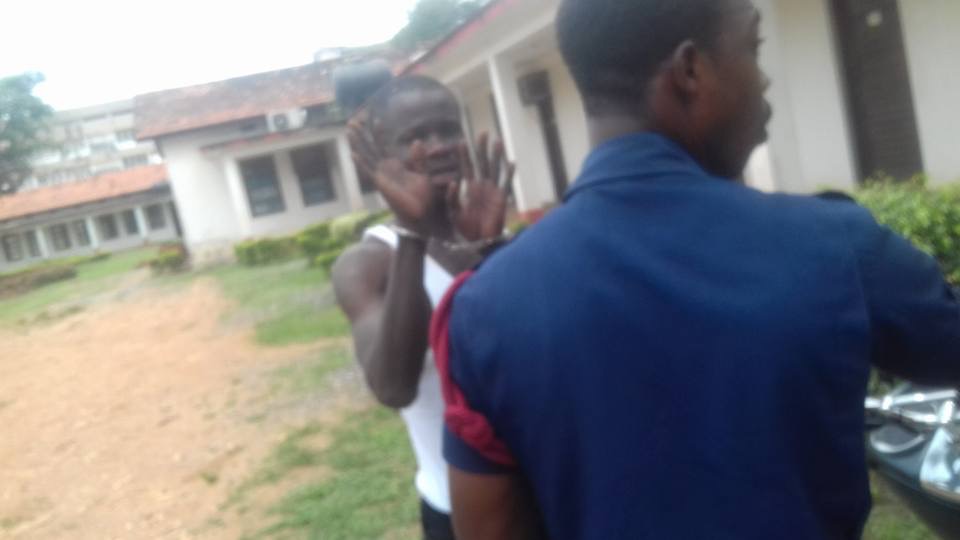 As if studying for a paper isn’t hard enough, sometimes, after writing that paper, which probably rocked you in the end, you come out of the exam hall only to find out that your bag is missing!!!! If you were unfortunate enough to have a phone (doesn’t matter if it’s a yam), a tablet with your notes for that last minute sharking or even a calculator, sorry wai.

We know the rule is “no mobile phones allowed”, but imagine a non resident coming in to write a paper. Of course he’d have his phone on him! Often we put so much confidence in the security around. For some of us, they’ve just disappointed us many times because items still get stolen.

Thankfully, today, the security was pretty tight at N Block where an Interim Assessment (IA) was taking place.

A suspected thief was apprehended this morning while students were writing a paper.
The suspect was rounded up during what authorities say was his usual activities to take the belongings of students during examination period.
He has since been handed over to the Legon police station and is currently assisting to retrieve any stolen items.