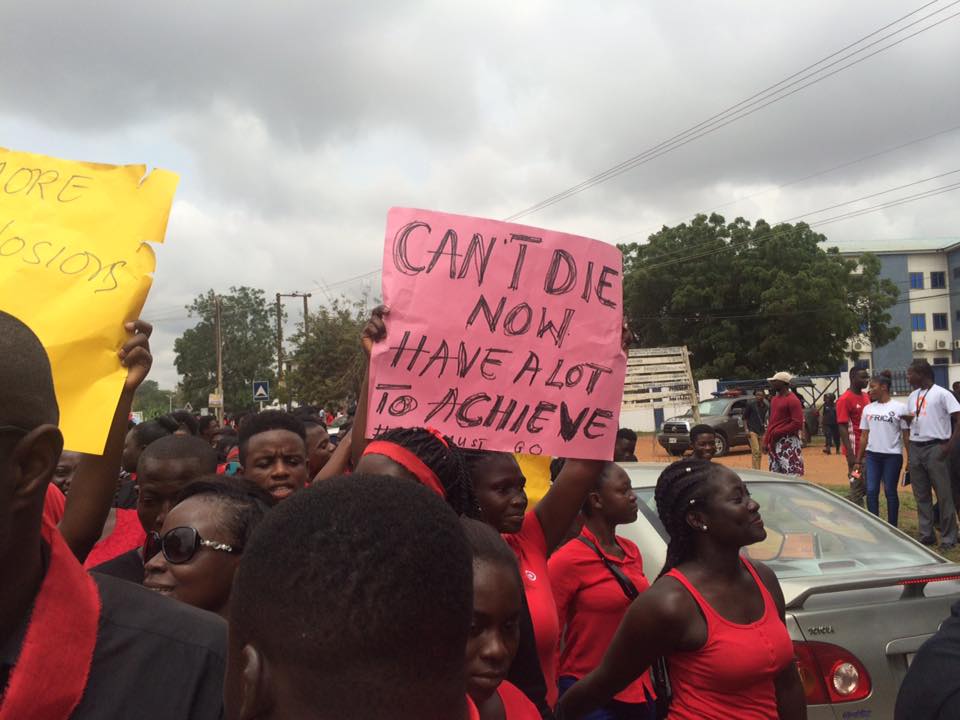 Students of the University of Professional Studies are continuing with their protest against the citing of a fuel filling station just behind their school. 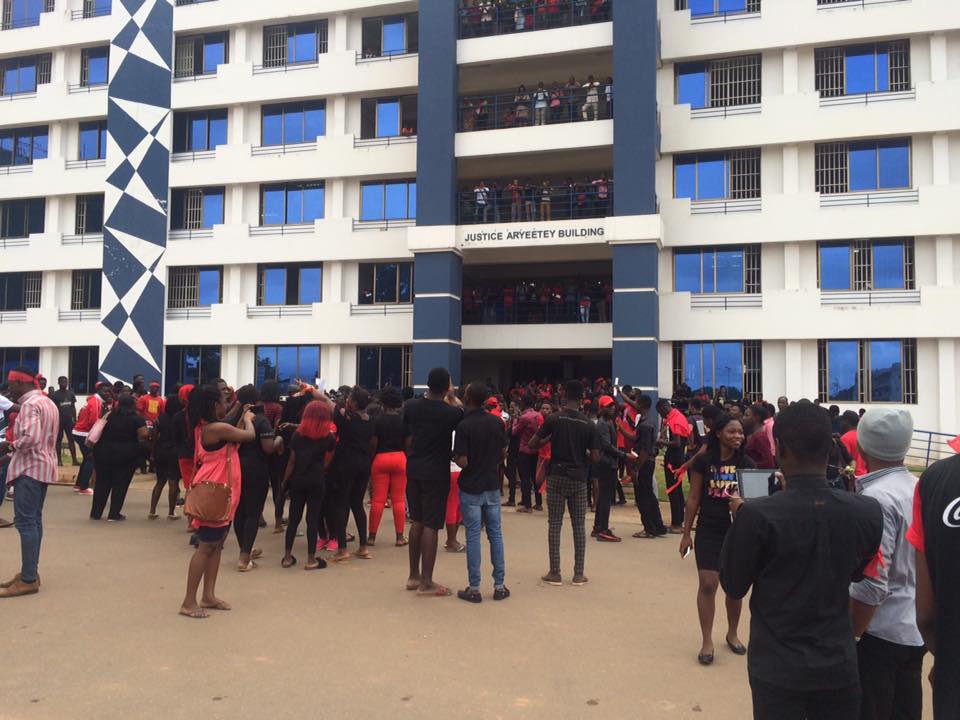 They were given permission by the police to embark on a street protest. 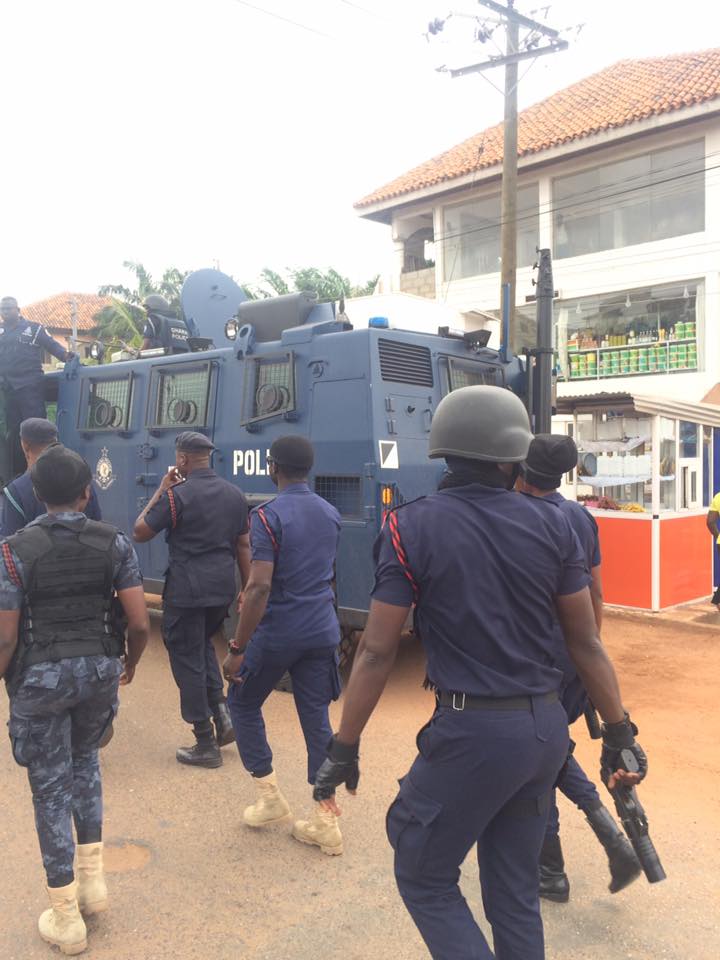 Their protest today is being supported by other student union groups such as NUGS, GUPS, USAG and it comes on the back of the horrifying gas explosion at Atomic Junction last Saturday. At least 7 people died as a result of the explosion.

The purpose of their demonstration is to peacefully appeal to the office of the President to ensure an immediate closure of the Sel filling station, which shares just a wall with the university. 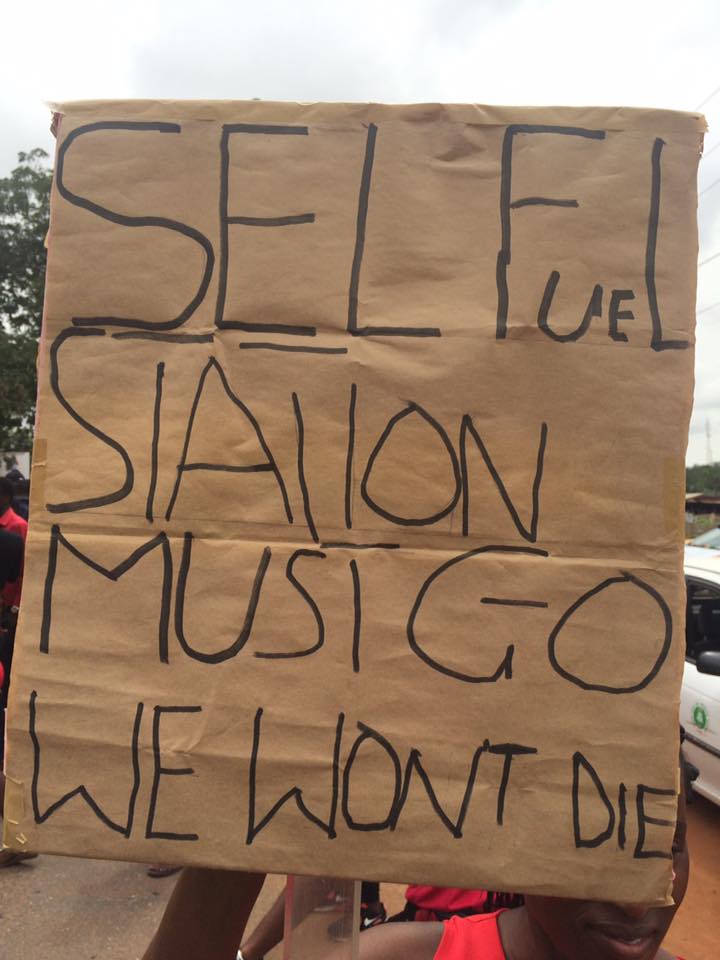 Though the efforts of the students are commendable, it is unlikely that they will have their way. 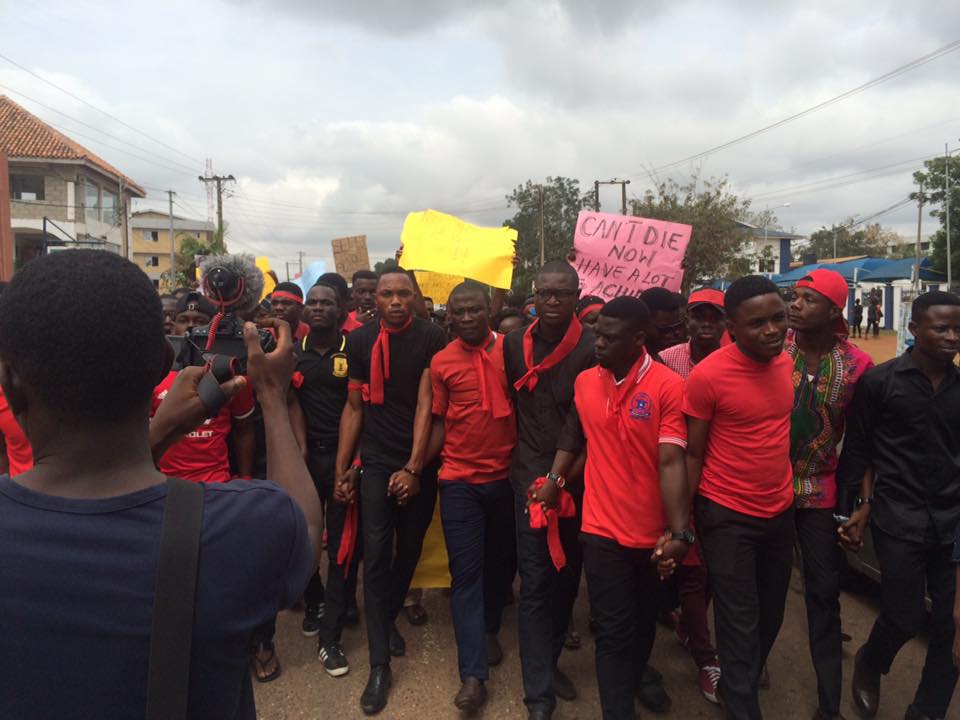 That is because, the Executive Director of the Environmental Protection Agency (EPA), Peter Abum Sarkodie has said he will not recommend the closure of the Sel Filling Station.

When Mr Sarkodie appeared as a guest on the nightly current affairs programme, PM Express, he said after assessing the unpopular Sel Filling Station with regards to safety, he will “never recommend that the fuel station be shut down.”

“I realized that the station has state of the art safety appliance which for me can offset any fire explosions, so I will not recommend for its closure,” he said in an interview with Joy News.