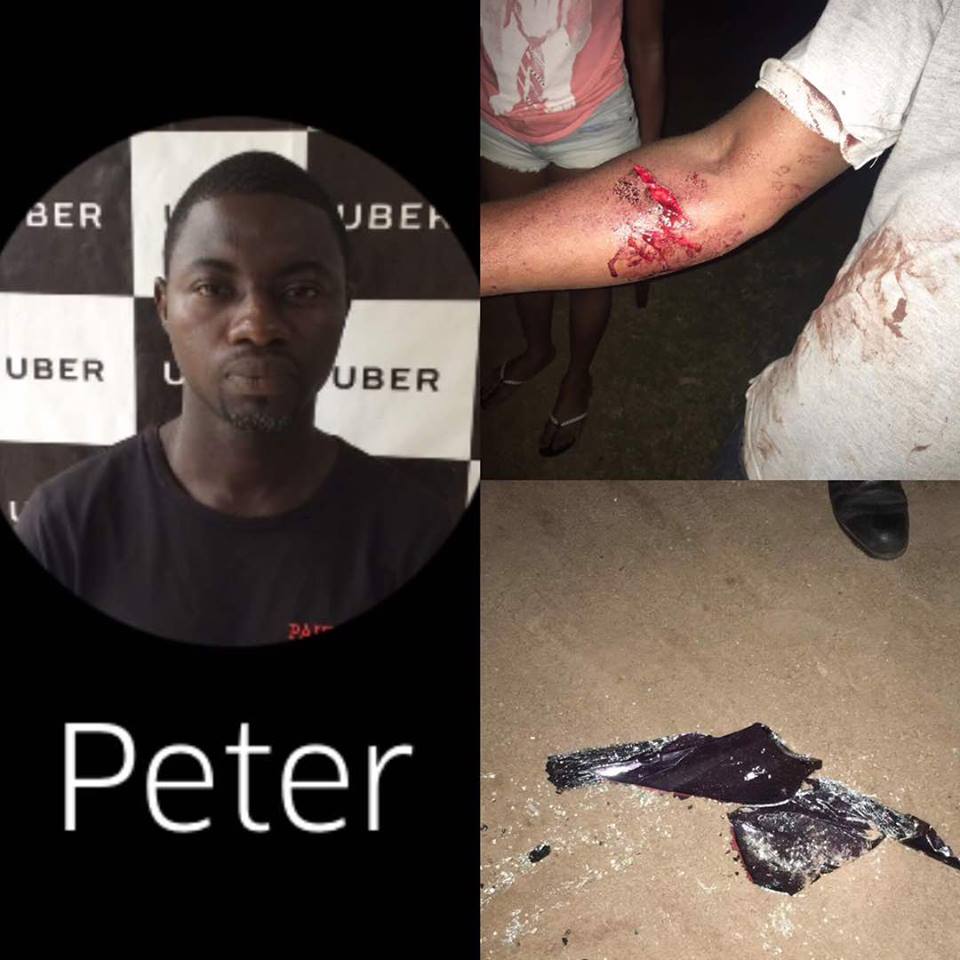 An Uber customer, Bismark Shiamatey is alleging that an Uber driver assisted about two other men to rob him and his friend while on an evening trip home from work.

According to Bismark, the incident occurred in early September, however, the police has been slow in arresting the Uber driver whom he claims was an accomplice to the robbery. 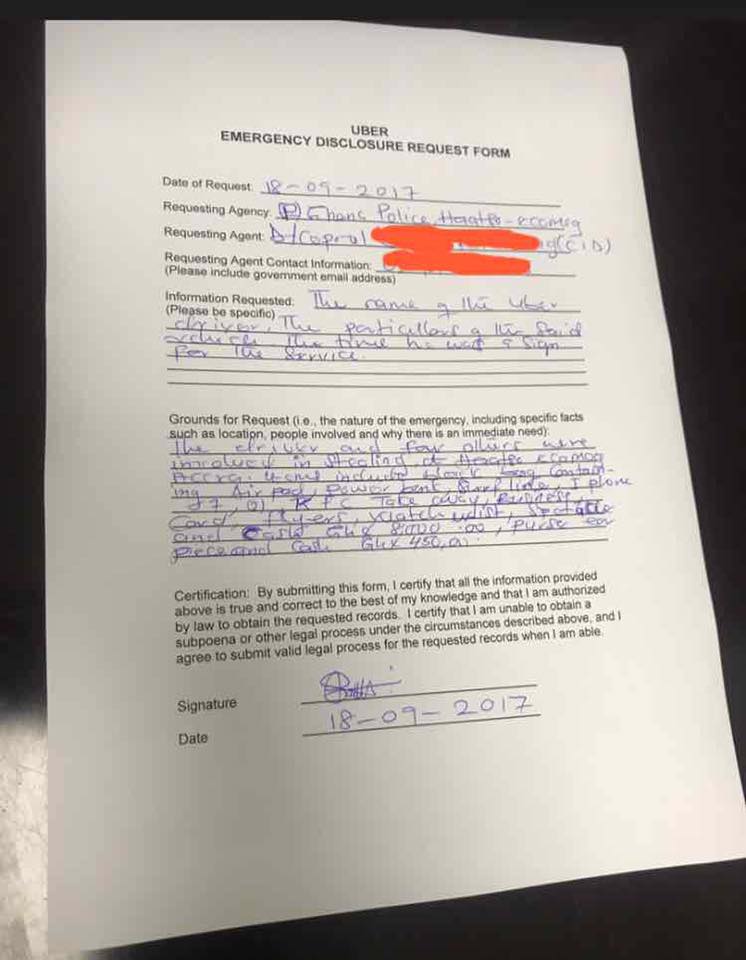 Bismark is accusing Uber of not helping the police in the investigation.

In a Facebook post, Bismark said upon reaching their destination, the Uber Driver, whose name is Peter, hit him and his friend Kelsey with his car before he sped off. He claims he sustained injuries in his hands.

According to him, the robbers got away with their iPhone 7s, a bag the contained GHS 8,000, AirPod, watch, spectacle, power bank, Surfline, business cards fliers, as well as Kelsey’s purse that also contained GHS 450.

“He (the Uber Driver) made a call in the car telling the fellow that we are on our way. I asked him who he called but he said it was an Uber request, even though I didn’t see any sign of a request coming through,” he said while narrating the incident.

“He refused to turn on AC and told me he didn’t have enough fuel in his car. So I wondered what kind of Uber driver will give such an answer.

“He refused to turn right to our destination while he was rather going towards left. Again, I wondered what kind of Uber training he got.”

“He asked us to drop out of his car and he ended the trip. Worst Uber service I ever had from Uber driver. I didn’t hesitate because I had cash on me and just wanted to get home and avoid trouble.”

“Because he was in a haste to leave the scene in order to expose us to the robbery so he won’t be considered an accomplice, he didn’t wait for Kelsey to drop completely but reversed the car and hit Kelsey with the back door while it was still opened and was still reversing the car.”

He then said he rushed in to help Kelsey when he saw what had happened. “I rushed on him in an attempt to stop him from driving over Kelsey,” he said.

Bismark claimed he hit the back of the Uber car and it was at that time that the robbers “rushed to the scene and bolted away with all our belongings.”

The accomplices were said to be in a black saloon car. “I happened to chase one of the robbers and held one but while I was interrogating him, his other accomplices in a black saloon car which I believe followed us to our location also hit me, picked the guy I was interrogating and then they sped off. When I came back to the scene where I was robbed, the driver had also left.”

Bismark works with a company that installs solar systems and he claims the GHC 8,000 he had on him was payment from a client he had installed solar systems for. 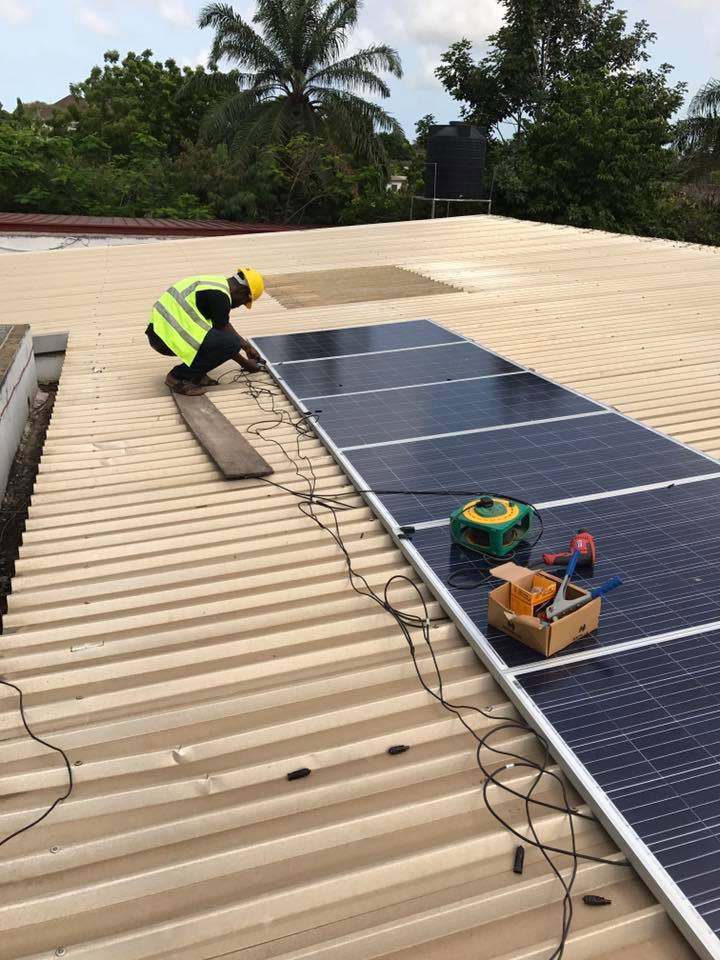 “The Police report was made available to Uber and later the CID was invited to fill an Emergency Disclosure Request Form and up to now, they have refused to respond to calls from me and the CID,” Bismark says.

However, a rep from Uber told Kuulpeeps that the company was working directly with the police to assist them in the ongoing investigation.

“We aware working directly with the police and not with the customer (Bismark),” the rep said.

According to the rep, Uber is following due process that a situation like this requires.