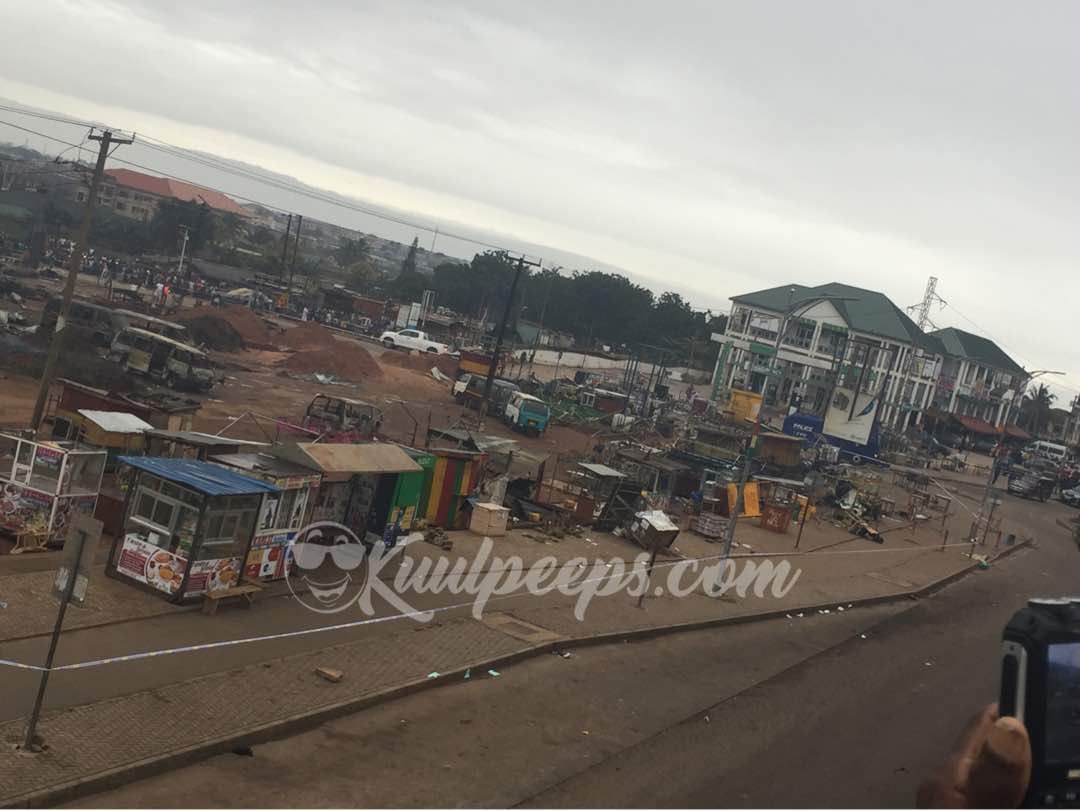 On Sunday morning, a video came out from a well-known joy news reporter, Kojo Yankson. In it, he outlined the sequence of events that he had somehow uncovered. Later that afternoon, an official photo by joy news came out detailing this sequence as they saw it.

I had quite a few words to say about it but I’m lazy so I’ll just show you what I said in various chats on WhatsApp. This basically summarizes my whole annoyance about what happened.

How the bloody *insert numerous expletives here* do they expect that to be a real statement? So, what, it’s the kebab guy’s fault? Why was he so close to a filling station at the corner of a busy intersection during a GAS LEAK that no trained personnel knew how to:
A) stop
B) warn the entire area?

Why did the kebab guy selfishly think it was ok to sell kebab on a Saturday night that otherwise was like any other Saturday night?

So, let’s ban kebab in Ghana. Because obviously, he killed those 7 people. Or rather the 6-other people, and then himself. Because you know. This was caused by kebab
[08/10, 20:01] Ari Woode: I’m honestly disappointed in joy news for coming to that conclusion.
[08/10, 20:03] Ari Woode: I no go lie. E bash me. Massive regulatory and human incompetence caused this otherwise foreseeable and therefore avoidable incident. But no. Let’s blame the people who had no stake in this whatsoever.
[08/10, 20:03] Ari Woode: Reread the conclusion and tell me what you think it implies.
[08/10, 20:04] Ari Woode: Fine. It pinpoints the spark. But……
[08/10, 20:17] ‪Eli: the final line saying the flame sparked from the kebab seller, really seems like fingers are being pointed. They could’ve just said it was an unfortunate chain of events. That would be a proper narration, but hey‍, what can we say.
[08/10, 20:41] Ari Woode: Just some light research into what should have happened. [i’ll come back to this]

[08/10, 20:35] ‪Geraldine: It can’t be just the kebab seller. I mean so many factors could have been taken into consideration.

It could have been caused by cars whose engines were on, or perhaps some passer by smoking or perhaps from the stove of food vendors in the area.

Like so many things. It can’t be just the kebab seller

Now of course, I know. It looks like we’re all getting angry over nothing. A kebab seller lit the fire and so what? But it’s not just the reporting on the kebab seller that I’m angry about (I’m very annoyed about it but that’s beside the point.). No, what has really ticked me off is how the reporting has normalized the major causes. A gas explosion is not caused by the eventual spark that sets it off. It is caused by – guess what – a gas leak! This one happened in the middle of one of the busiest intersections in the country, next to the largest university in the country. There were two full-fledged filling stations and an LP gas station, all within less than a 50-meter radius.

Like I said before, there were at least 3 different kebab sellers, at least one indomie woman, a fried yam seller and a kelewele seller all within range of the LPG station. Each one works with fire and they are all there all day. There are so many possible random causes for the spark, but in all the possible scenarios, the constant was the gas leak that was apparently left unattended by the people supposed to be trained in dealing with this type of event.

So even though I am angry at them putting all this at the kebab sellers doorstep, I am even more upset about how the reporting of this event shifts around the narrative so that the emphasis is less on the fact that there were three fuel depots within dangerously ridiculous range of each other, that the area was not properly evacuated, that the leak was not fixed before it got out of hand or that all this happened in the middle of one of Accra’s busiest transport hubs but instead on the source of the spark. I honestly do not care where the spark came from. What is most pressing is the fact that this happened. So instead of asking where the spark came from, how about we find out why there was a leak in the first place and how come it wasn’t put out in time. These are variables that can and should have been controlled. Solving this would have a real impact on the future of such events.

Let me share with you some things I found after a quick 10 minute google search.

From my short research, I could deduce the following. In the case of a gas leak, the first thing on any list to do is to stop the leak as quickly as possible. After this, call the fire service and evacuate the entire area. Joy news’s telling of the event doesn’t make it seem like any of these things happened the way they were supposed to. The simple fact that there was even a kebab seller still in the area who thought it was ok to start his work just shows how not enough effort was put into the evacuation. But maybe I’m being biased. I would like to hear from any of the surviving workers who had evacuated the area. Maybe they have a different telling of the events. Maybe they did evacuate the entire area and the kebab seller was just hell bent on making kebab that day. Maybe they did follow their training to the letter and there really was little that could have been done to stop it. However, I highly doubt that this was the case.

There are real issues at play here and they aren’t the kind that should be left to go into this country’s infinite well of “that’s just the way it is”. We are seriously underprepared for events like this that endanger the lives of too many Ghanaians every day. This same scenario of too many filling stations in the same area plays up again not more than 2km from the atomic junction. On the Westlands road, there are two filling stations that are so close, they don’t even bother to share a wall. This EXACT event could play up again except this time, it won’t just be near the hostels of our country’s biggest university. It would be near a hospital not more than 2 minutes away by foot. Personally, I live down the street opposite these two filling stations and I can tell you for a fact that there is a roasted plantain seller not more than 10 meters from these stations. Are we going to blame her for the spark should this repeat itself? Or are we going to ACTUALLY start taking a long hard look at why filling stations litter our city centres and residential areas?

The only reason I’m still here today telling you this story is because on the way back from a busy day in town, my friends and I decided to take a very different route back to my school in Berekuso. I was the first in the car to see the first mushroom cloud from the dark hills leading up to Ashesi and I kid you not when I say I legitimately asked myself if it was morning already when it happened. I thought the sun was rising. But I could have very easily been at the centre of that sunrise. My friends could have been at the centre of that sunrise. People’s friends WERE at the centre of that sunrise. It is therefore safe to say that anyone reading this can find a pretty strong personal connection to this event. I would like to petition our government to actually do something about this but they have proven themselves incompetent at completing this task since 2015. So instead, I will look to you, the media, the average Ghanaian, the business owner and yes, the fuel station managers. Does this really need to happen closer to you before you mobilize your assets and influences to prevent this? I think not and for everyone’s sake, I hope you do to.