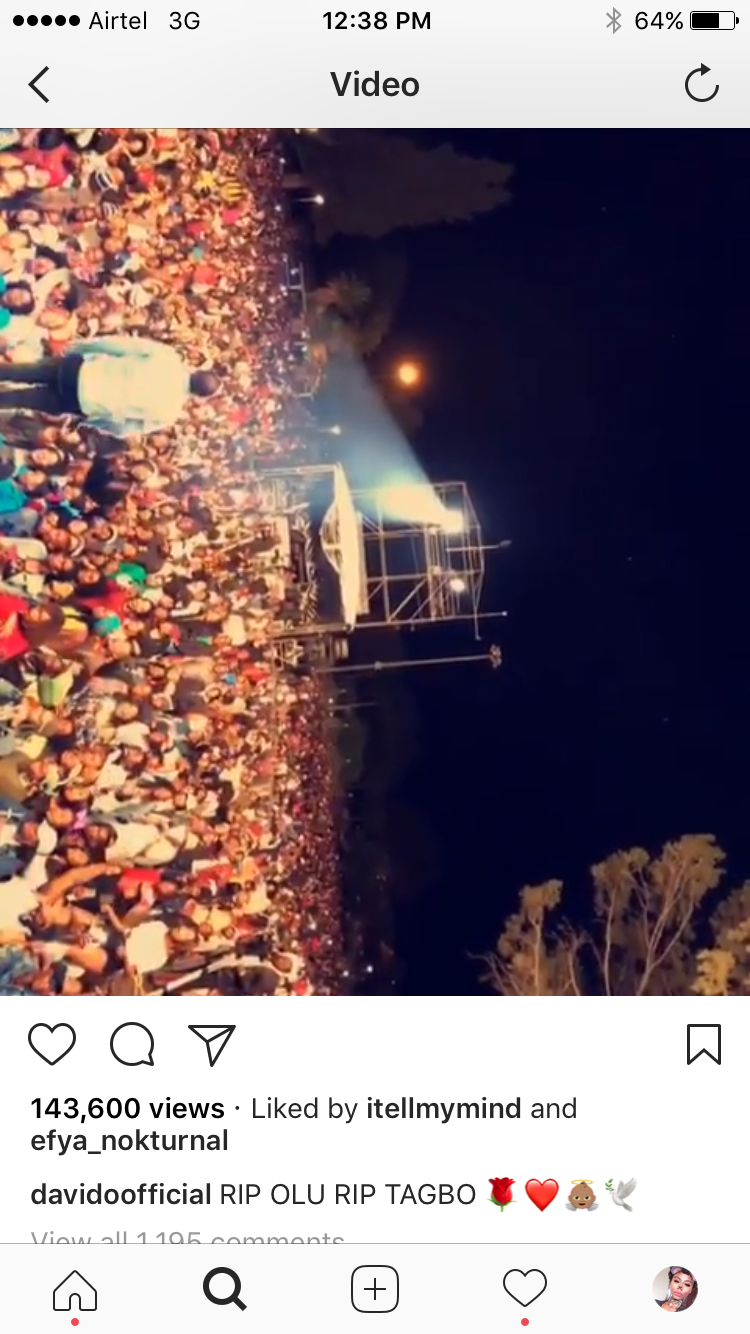 Lord!! Talk about a bad week. What’s the saying “bad things happen in three”? Well, over the last week or two it has been a series of deaths surrounding Davido.

On Friday, it was reported that Davido’s friend, well more like a “brother”, Tagbo died  in the car due to lack of oxygen. It has been reported that prior to his death Tagbo along with Davido and his crew were seen in the club taking in about 30 shots of tequila. 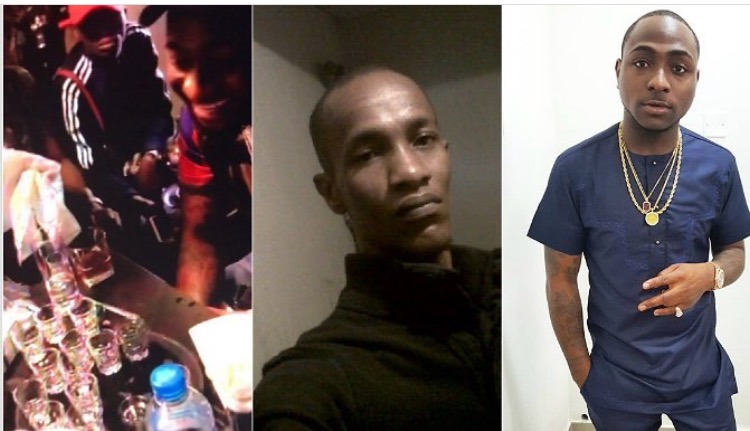 Tagbo was said to have wanted to drive home but Davido insisted he drives along with him, which somehow resulted in Tagbo being left alone in the car gasping for air. He was then rushed to the hospital where he was pronounced dead.

The girlfriend of the deceased has then called Davido out on social media for refusing to speak to the police concerning the true cause of Tagbo’s death. 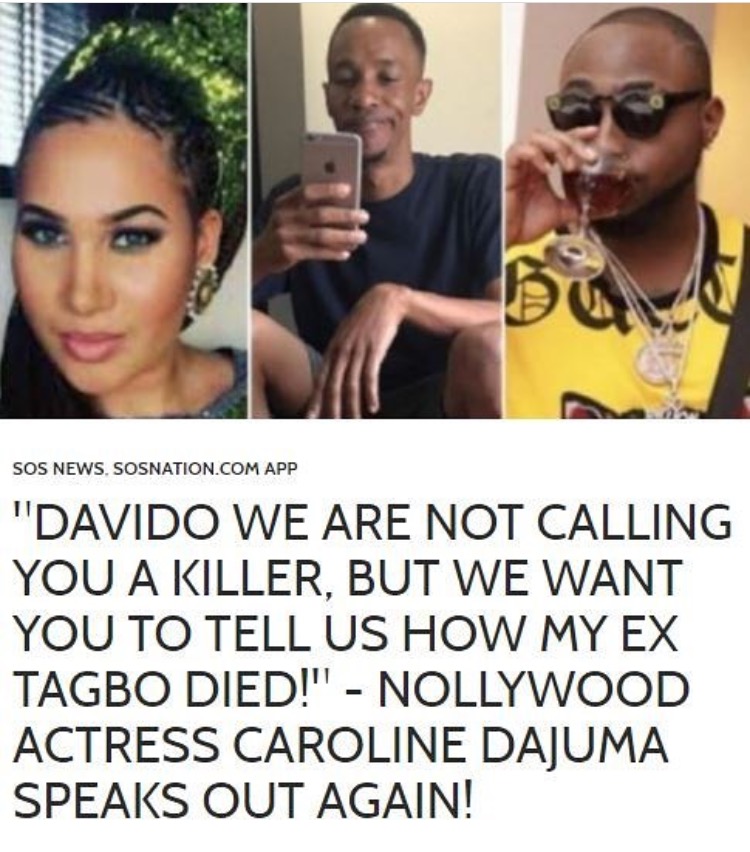 Davido however claims that he has spoken to the police and has been cleared of all “charges.” (We are not even sure if any charges were actually filed).

As if that’s not even sadness for one person to take in, a couple of days shortly after that, Olu, Davido’s  friend and DJ for fours years died alongside his friend chime in a car wreck. 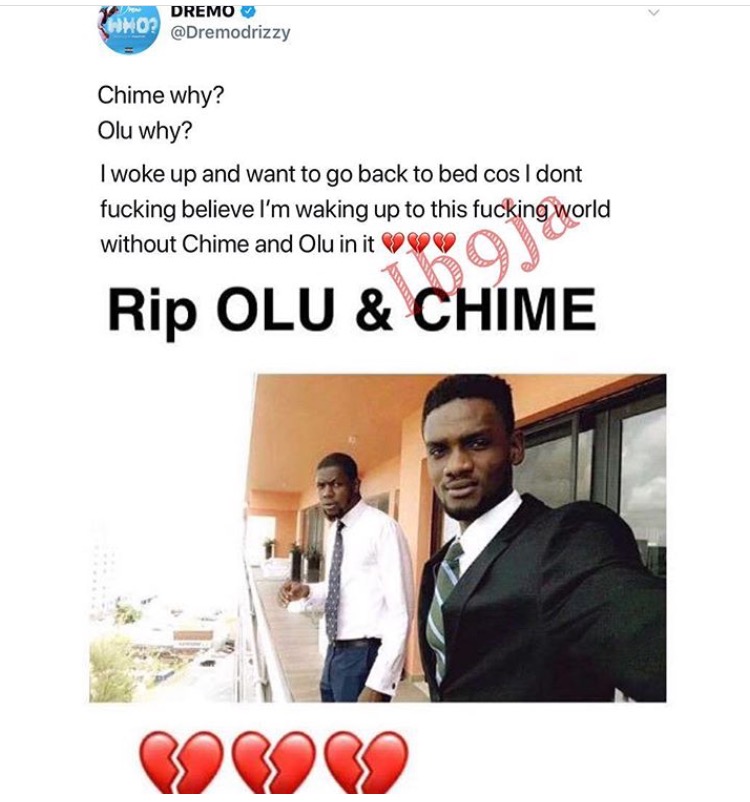 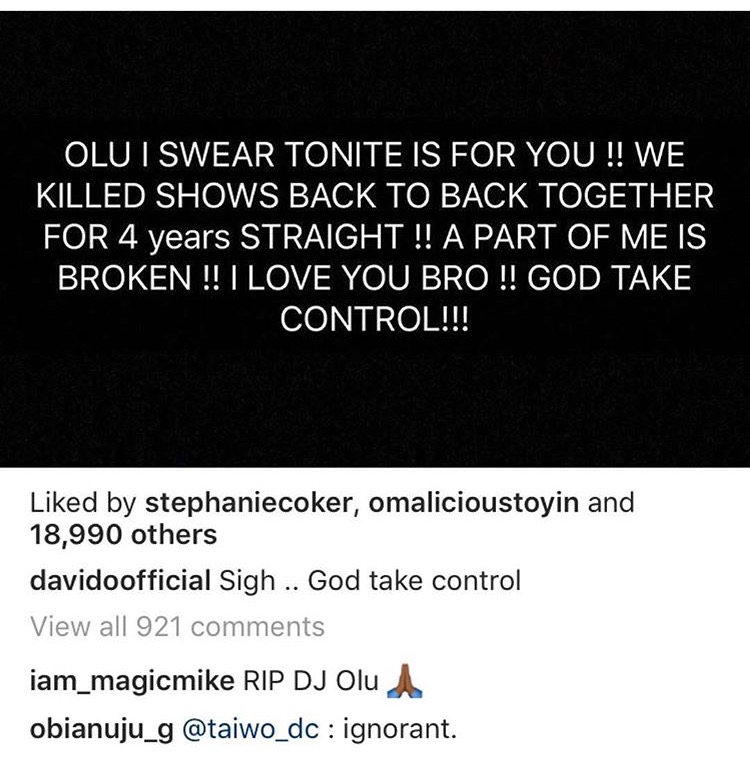 our condolences to all parties involved..