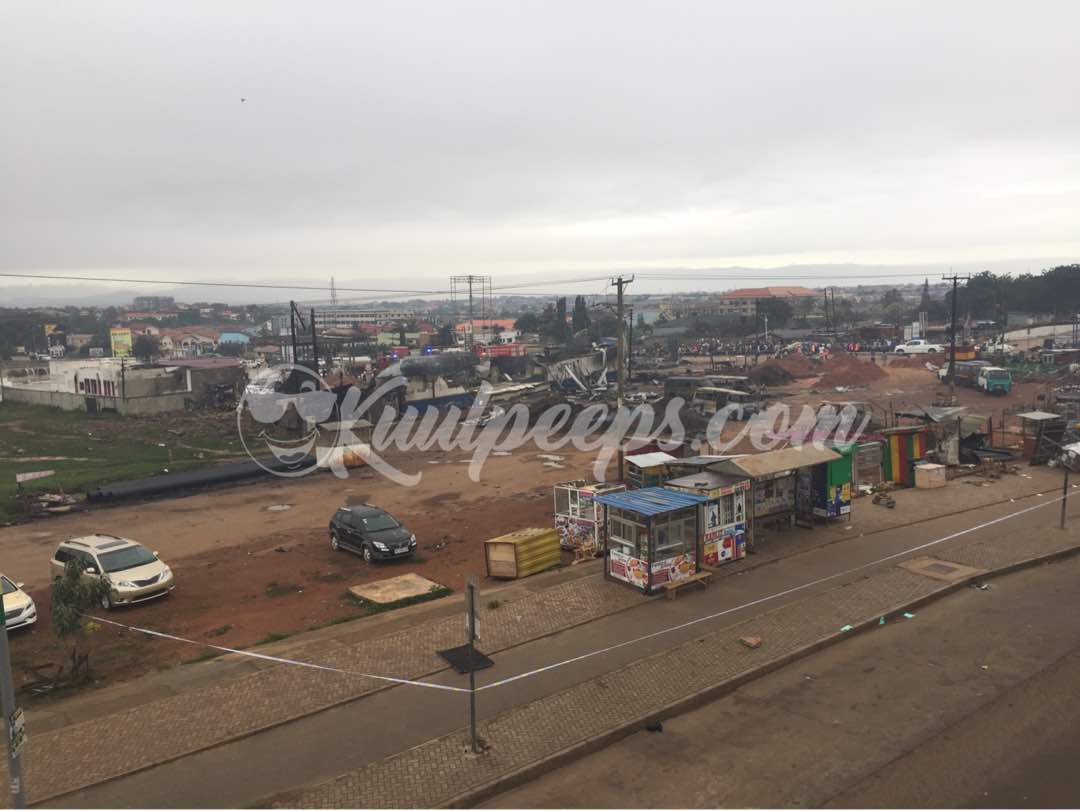 Kwapong’s Hallweek climaxed yesterday. Those of us interested in the artiste night were hanging around because well, the surprise artiste was rumored to be either E.L, Kwesi Arthur or Stonebwoy.

Sadly, before any major performance could start, everyone got distracted by the sudden flare of light that practically turned night to day.

Most people had no idea what it was and some thought it was just a show being put up by Kwapong Hall.

It took some few minutes to hear that there was a gas explosion at atomic junction. 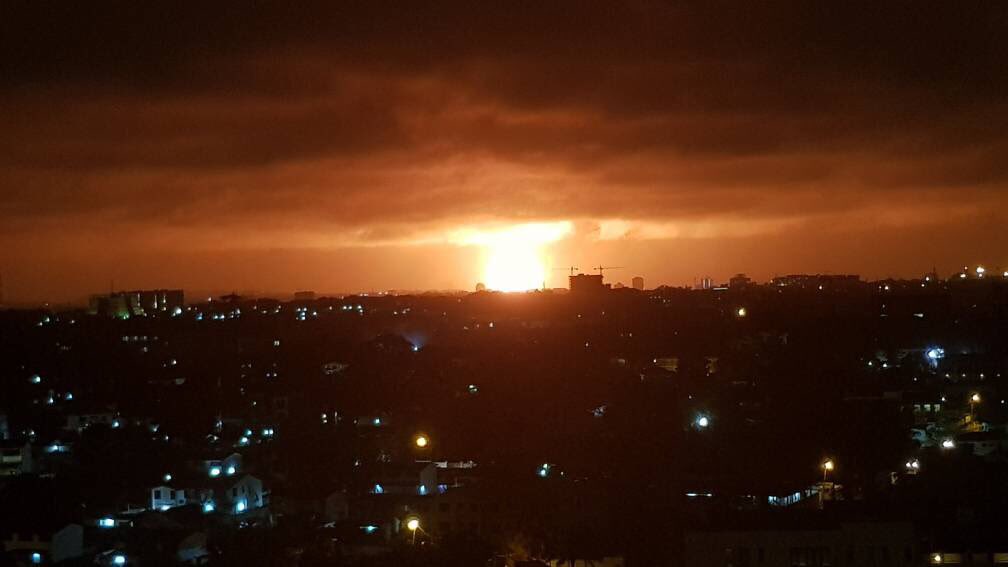 Students at the Diaspora were not affected, but those in James Topp Nelson Yankah Hall(TF), Bani, Evandy and the Pent hostels had to run towards the main campus for safety.

Students from those halls reported that they heard the explosion, felt the building shake and could practically feel the heat emanating from the explosion site. Everyone was in a state of panic, causing a stampede. Phones got broken, people fell and got hurt, some sat on the hood of moving cars…anything to move as quickly as they could from the area. Most headed to the Kwapong Hallweek, still in their nightgowns and barefoot.

The SRC was phenomenal; they advised students from the affected areas to form groups, lock their doors and move towards the Athletic Oval and Sarbah Field for safety. They went ahead to notify the University security of the situation to ensure that the students safety were taken care of and they made sure shuttles were also around to convey students to safety, almost immediately.

The Graduate Students Association of Ghana (GRASSAG) also played its part by making accommodation available at Legon Hall Annex C for stranded students who had nowhere to spend the night.

Students on main campus and the diaspora also played a huge part by making their rooms available for friends and friends of friends to spend the night.

At the moment, all is quite and calm and no student has been reported dead. However, most students got hurt out of the panic and stampede that came about and had to be taken to the University hospital for treatment.

According to a student interviewed on Radio Univers, one of his friends had to jump from the balcony of his room on the first floor in Evandy and was able to run till he got to Pent, where he fainted. He was rushed to the hospital and at the moment, is doing well.

So far, only about 20 students are reported to have been admitted but more are expected by the end of the day.

So if you’re hurt or know anyone that is, please head to the University hospital with your ID. Nurses are available to specially see to any hurt student.

Students who couldn’t write Interim Assessments (IA) papers that were scheduled for today because they were directly affected by circumstances yesterday should contact the Academic Affairs Committee head of the SRC on 0247417362.

Note that the dates for rewriting the papers that were postponed as well as the dates for the make-up assessments would be announced by the respective lecturers at the right time.

Also, students with concerns of missing mates should kindly contact the Public Relations Officer of the SRC via 0553480047.