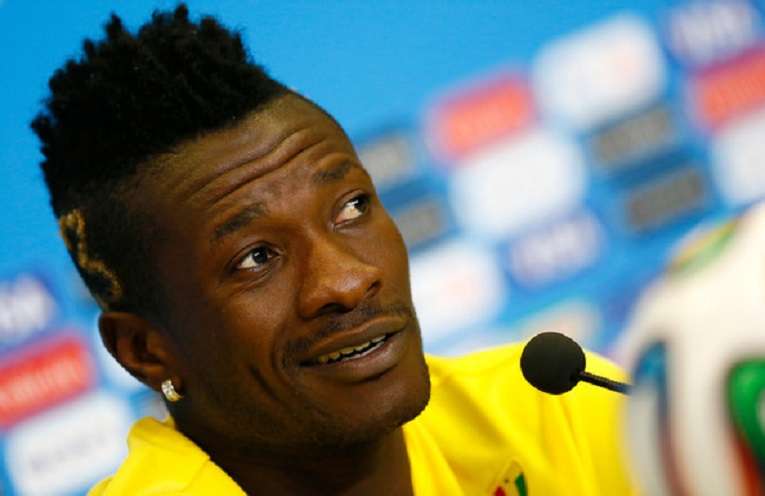 By now, you know that the chances of the Black Stars qualifying for the 2018 FIFA World Cup in Russia have become very slim, after they drew with Uganda today.

The team is now waiting for the score line from the Egypt vs Congo match so that all of us will either start calculating our chances or give up entirely.

… But if Black Stars captain, Asamoah Gyan gets his way, Ghana will have one goal up its sleeve.

Asamoah Gyan is urging the Ghana Football Association to protest at FIFA after the Black Stars was supposedly denied a goal in the just ended crucial encounter against Uganda.

Striker, Richmond Boakye-Yiadom shot a long ball that came off the chin of the Ugandan goalkeeper, Denis Onyango.

As the ball fell on the pitch, Raphael Dwamena rushed forward to tuck the ball into the Ugandan goalpost, however the linesman flagged him offside.

This ruled out the goal and the score line ended with a goalless draw.

However, in a tweet, injured Asamoah Gyan thinks the offside decision was unfair and that the GFA must seek redress from FIFA.

How on earth can this goal be disallowed? @ghanafaofficial we have to protest.. this no "fa ma Nyame" matter… i'm so furious pic.twitter.com/dCVDpZpY7v

This could well be the last attempt to keeping the Black Stars’ 2018 World Cup dreams alive.