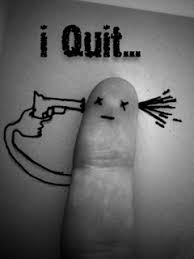 A male student in the department of Geography and Rural Development of the Kwame Nkrumah University of Science and Technology (KNUST) died on Thursday, 28th September, 2017 at the KNUST Hospital.

It was reported that the incident occurred in the washroom of the Sociology department. He was rushed to the university hospital after he was found unconscious in the washroom.

It is alleged that he took in a poisonous substance which led to his death. University authorities have withheld the name of the deceased.

According to reports, the deceased was traumatized after his mother died in his arms.

Upon suffering such an ordeal, he reportedly sought medical attention at a psychiatric hospital but his medication was not properly controlled to suit his medical  need.

His friends say, he’s made six different suicidal attempts. Unfortunately, his seventh attempt has been successful.

Kuulpeeps will continue further investigations and keep you updated.

It can be recollected that there were a series of suicides in the country’s tertiary institutions last semester that drew headlines in mainstream media.

The hope is that this is not repeating itself this semester.

Students are encouraged to use the services of their campus counselling units.