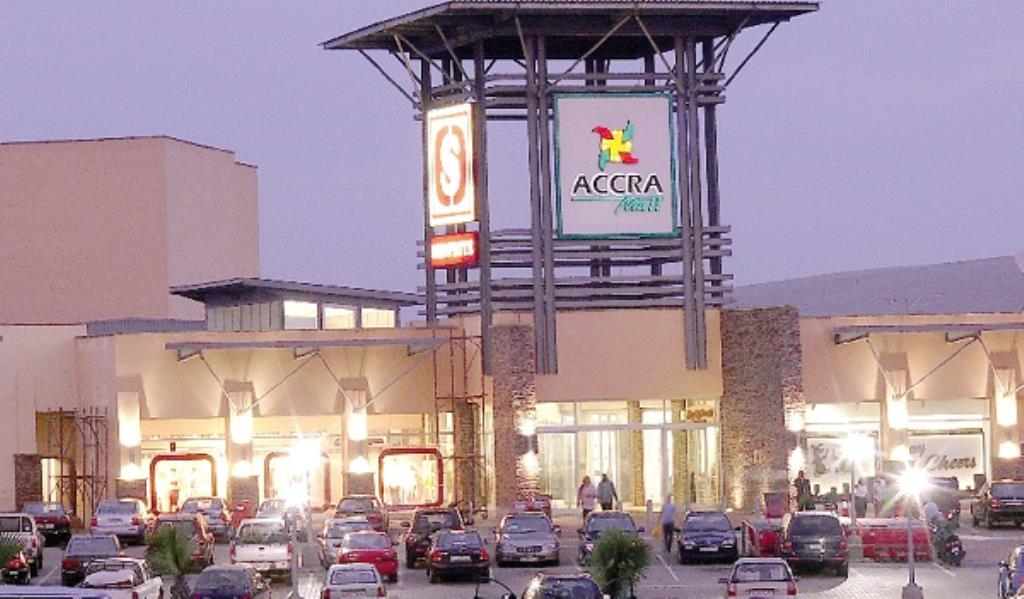 Kuulpeeps we believe you might have seen this “news” story that was carelessly published on certain news sites.

The story alleged that terrorists had besieged the Accra Mall in supposed retaliation for Ghana beating Ivory Coast at the International Tribunal Law of the Sea (ITLOS).

See Also: This Is How Ivorians Are Reacting To Losing The ITLOS Case, It Ain’t Pretty

The story started going viral on WhatsApp and other social media platforms yesterday.

The Ghana Police Service has released a press statement that categorically denies that such attack has occurred at the Accra Mall.

This is how the fake news story was reported:

A day after the Ghana won the case over La Cote D’Ivoire in the maritime dispute case at the International Tribunal Law of the Sea ( ITLOS), a group of armed terrorist have besieged the Accra Mall, the largest shopping in the capital city of Ghana.

At about 3:20pm today Sunday, 24th September, 2017, the Osu police in Accra were alerted by a phone call from one of the shoppers within the arena of the shopping mall that the mall has been besieged by terrorists who are armed to the teeth and speaking only French.

According to eyewitnesses, as they were dragging their carriages in the mall while shopping, they heard gunshots within the mall and a man veiled in a black mask ordering them to lie down on the floor. Fearing that they will alert the police, he quickly ordered them to throw in their mobile phones or they will be shot.

“I silently called one policeman at the Osu police station before I handed over my phone to the terrorists (narrated the eyewitness).

The Osu police are currently around the shopping mall. The terrorists are speaking only in French and they are communicating to the police they will shoot & kill everyone in the shopping mall if they attempt to enter the mall.

The origin of the terrorists is currently & what they want is not known at this time. There is heavy police presence at the Accra mall at this time… In order to save lives, the police have abandoned their weapons by the order of the terrorists and are trying to peacefully negotiate with the terrorists within the mall. Two people have been shot dead and were lying at the gate of the mall when the police got there. One of them was injured & in an almost dead state and narrated all what happened to the police

Security experts claim this might be a revenge by La cote D’Ivoire in their loss of the maritime dispute case.

IF YOU HAVE ANY FAMILY MEMBER WHO HAVE LEFT FOR THE ACCRA MALL TODAY, PLEASE CALL HIS PHONE OR TEXT HIM/HER.

This viral message caused enough fear and panic in the country to force the police to release a statement saying “The police this afternoon monitored information on social media that a group of terrorist had attacked the Accra Mall.”

“The police, on receiving the information conducted security checks at the mall and found the information to be false,” the statement signed by the Director General of Public Affairs at the Ghana Police Service, Assistant Commissioner of Police David S. Eklu said. 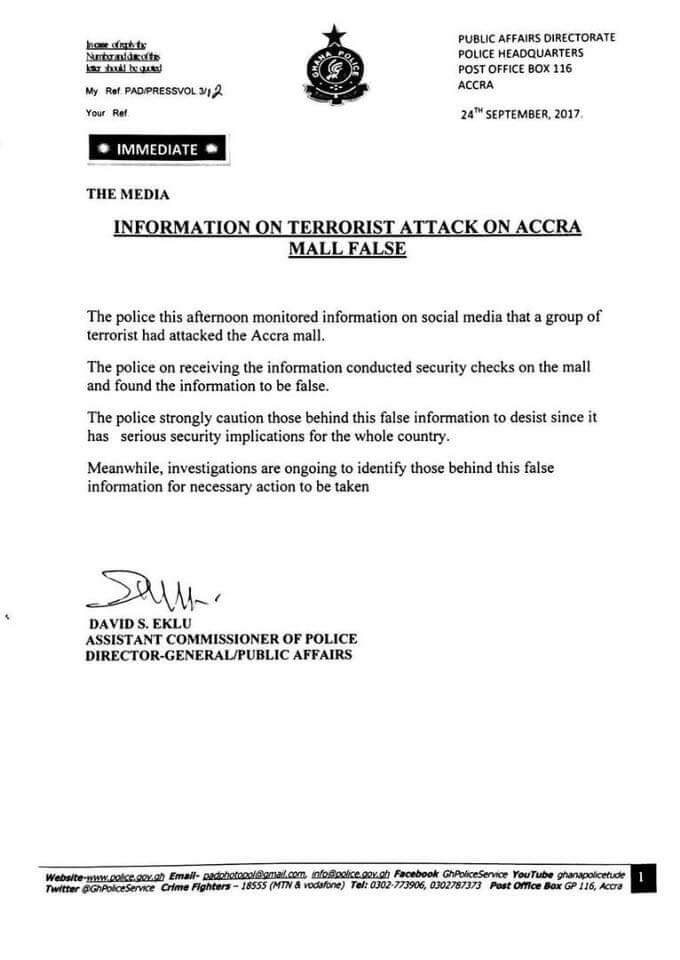 Sharing and publishing fake news that has security implications is an offence and the police say they are carrying out investigations to “identify those behind this false information for necessary action to be taken.”

“The police strongly caution those behind this false information to desist since it has serious security implications for the whole country.”

If you had plans of going to the mall today, please do. Nothing happened.