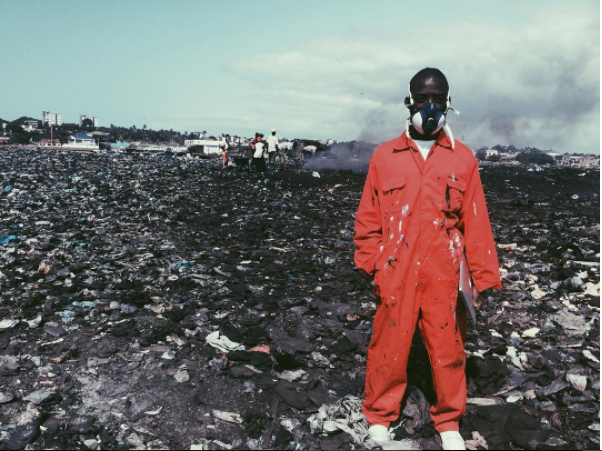 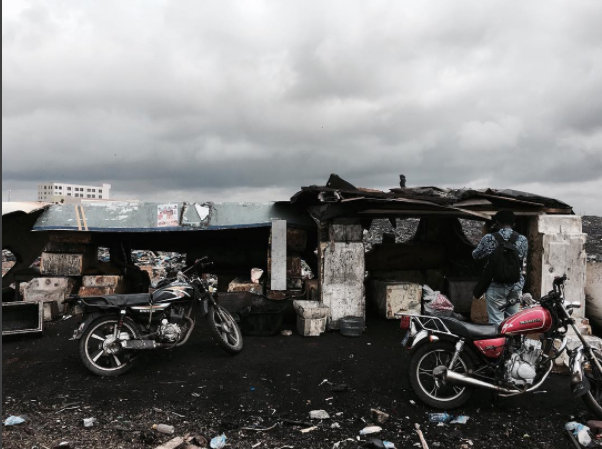 Kuulpeeps Ashesi: Was the Agbogblo.Shine project your personal initiative or it was meant for the Leadership Seminar 4 Advocacy Campaign?

Okuntakinte: It was my personal initiative from way before the advocacy thing. Actually I did the opposite thing. Instead of doing something meaningless and ephemeral just for the sake of academia, I rather chose to use that as an opportunity to do the video. Before the advocacy class which had to be an audiovisual, I didn’t actually have any audiovisual content for the initiative.

Kuulpeeps Ashesi: What’s the initiative about?

Okuntakinte: You know how the environmental degradation at Agbogbloshie is high, and there’s a lot of waste and  poor sanitation and the like. However, there is a booming macroeconomy of the informal sector in that area. And so, the idea is mainly to eradicate the environmental degradation and create a clean environment for the macroeconomy to thrive because it acts as a source of income for the low-income inhabitants at Agbogbloshie. What the Agbogblo.Shine Project seems to do is to kind of have some form of A: Legislative regulation on the waste that is dumped, and B: To kind of think of creative ways to re-purpose the waste. So what we are trying to do through a social enterprise called Akwaabapp & Co, is to basically re-purpose the e-waste to create high-end best furniture with the decidedly African aesthetic. So that’s what basically the initiative seeks to do. In addition to that, it is very human-centered. In the sense that, we are recruiting and training the former burners of scrap who inhale harmful fumes.

Kuulpeeps Ashesi: Do you give out face masks?

Okuntakinte: We’ve actually started. We’ll be doing that this weekend.

Kuulpeeps Ashesi: We came across an email requesting for volunteers. Have you gotten enough volunteers to help out in the project?

Okuntakinte: The emails have been overwhelming.  I’ve spent the whole morning just revising the emails and I still haven’t finished. We have too many volunteers, but finding a way to get everybody involved as pragmatically and as powerfully as possible is important.

To join the team, send an email to Okuntakinte on [email protected]

Kuulpeeps Ashesi: Is there a duration for the project?

Okuntakinte: It will go on till it is no longer needed. So that’s a long time isn’t it?

Kuulpeeps Ashesi: Are the Agbogbloshie inhabitants welcoming of your initiative?

Okuntakinte: That’s also another issue, language barrier and the ethnocentric environment at Agbogbloshie is something I had to struggle to permeate a bit. But we are getting there. I have people on the ground who are translators, communicators who make what we’re trying to achieve much easier. That’s a challenge we going to have. Another thing is, trying to educate the people on the importance of having good sanitation. Trying to let them reverse things that are habitual is a huge task because I can empathize. Why would I want to listen to a bunch of people wearing jumpsuits and gas masks coming to preach to me about sanitation from the ivory towers, when I am just trying to make a living? You know it is something that is very hard to… I can empathize with that, even without being a scrap collector. It is something that is very hard to overcome. We will get there. Slowly but surely. It wouldn’t be done in a day. It’s not for press. It’s not for publicity. But it is actually a problem we are trying to figure out a way to solve. Again, it is human-centred and so, this will come from the people, for the people, erm… the low income inhabitants living there. As far as emotional intelligence is concerned, it is supposed to be about listening not just about speaking to them because it might get nowhere.

Kuulpeeps Ashesi: Do you have any sponsors on-board?

Okuntakinte: By God’s Grace, through LinkedIn and other platforms we are getting some prospectives, but I’ll only dispose out words once it’s official and certified. Makes everything much simpler.

Okuntakinte: I should just thank people for the warmth, for cheerleading, and patronizing what we’re trying to achieve. I was surprised by the feedback. Like I keep on telling my friends, I didn’t discover rock. Or it’s not like a new hidden place somewhere like a dystopia that I went to discover. No.  It has always been there. I just decided to use the little presence I have, or the little influence, or resources I have, to “shine the light” on what’s happening at Agbogbloshie. So that’s what the Agbogblo.Shine Initiative is all about. And to genuinely make the people’s lives there better one step at a time.