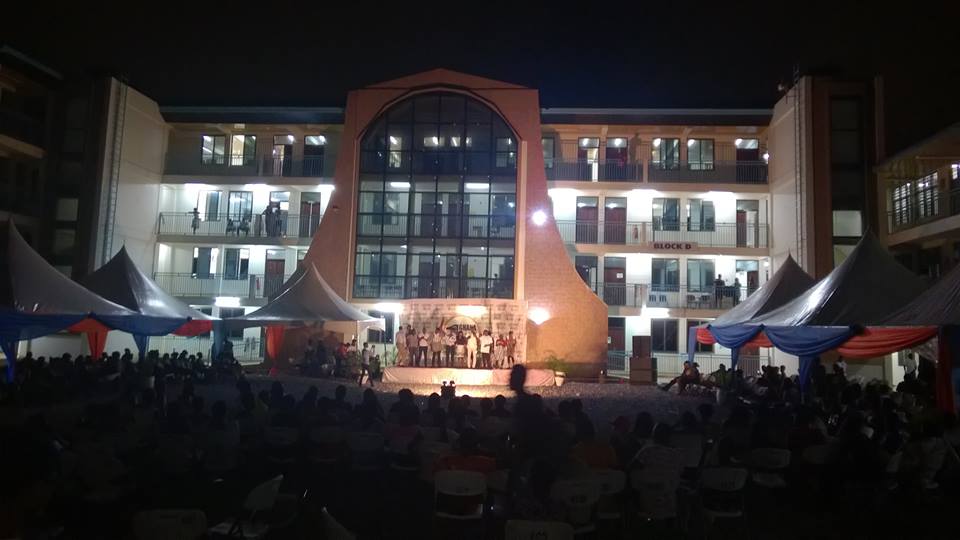 On today, off tomorrow, then it’s back on, only to be called off the next day.

No this is not ‘Dumsor’. This is the 11th Congregation of the Ghana Institute of Journalism (GIJ).

The University was expected to have held it’s 2017 congregation on the 16th of September, but it got postponed to the 22nd of the same month due to the unavailability of a Governing Council.

The Rector of GIJ, Dr Wilberforce Dzisah reportedly said the 2017 graduation ceremony would go ahead this Friday whether or not the communications university had a governing council.

Yesterday, the governing council of the university was however inaugurated with Prof Kwasi Ansu-Kyeremeh as the Chairman.

It seems the first act of the Chairman was to pull the plug on the graduation ceremony.

A notice was circulated to students yesterday, which announced an indefinite postponement of the graduation ceremony.

“The 11th Congregation Ceremony scheduled for Friday 22 nd September, 2017 has been postponed to a date to be announced later,” the statement that was signed by the Registrar said. 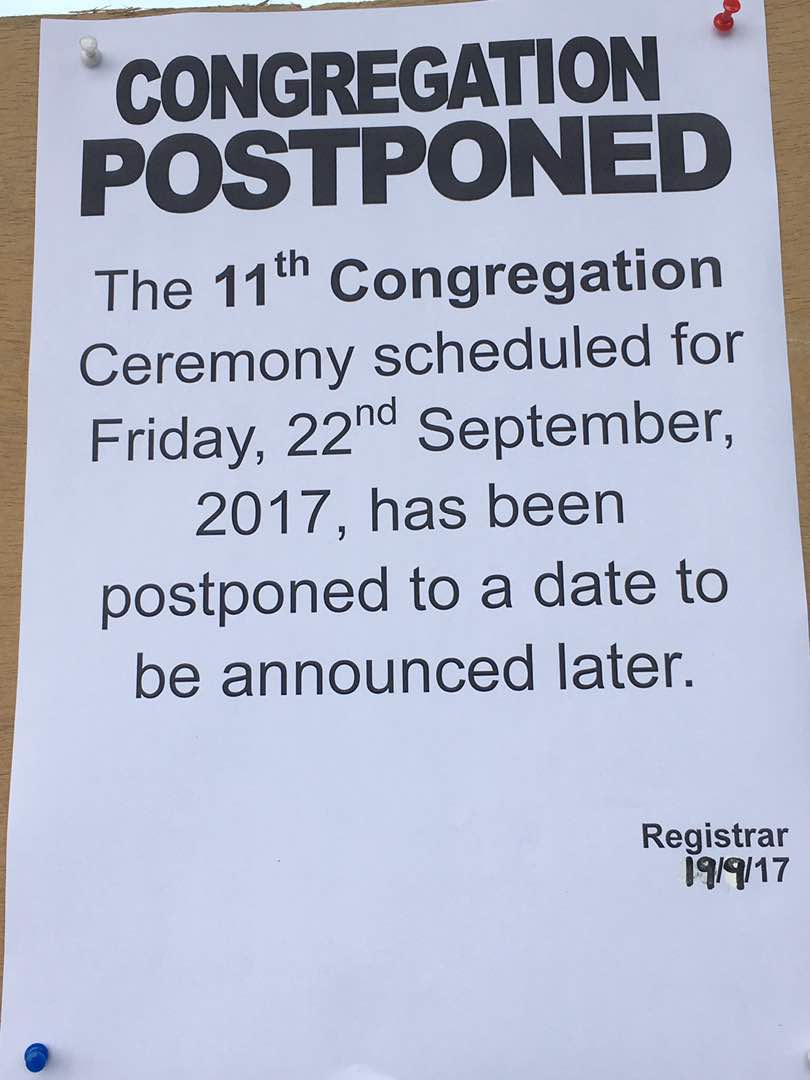 The students who completed their Diploma and Degree Programmes during the 2016/2017 academic year have no clue when their graduation will be held.

Though the statement did not state why the congregation was postponed, many were quick to point accusing fingers at the GPA used to determine the graduating classes of the students.

See Also: This Is Why GIJ Has Withdrawn Its “Fake” Graduation List

We reported earlier that the school had to take down its graduation list because some of the students were assigned wrong classes.

Some students who had to rewrite some of their exams were also on the graduation list.