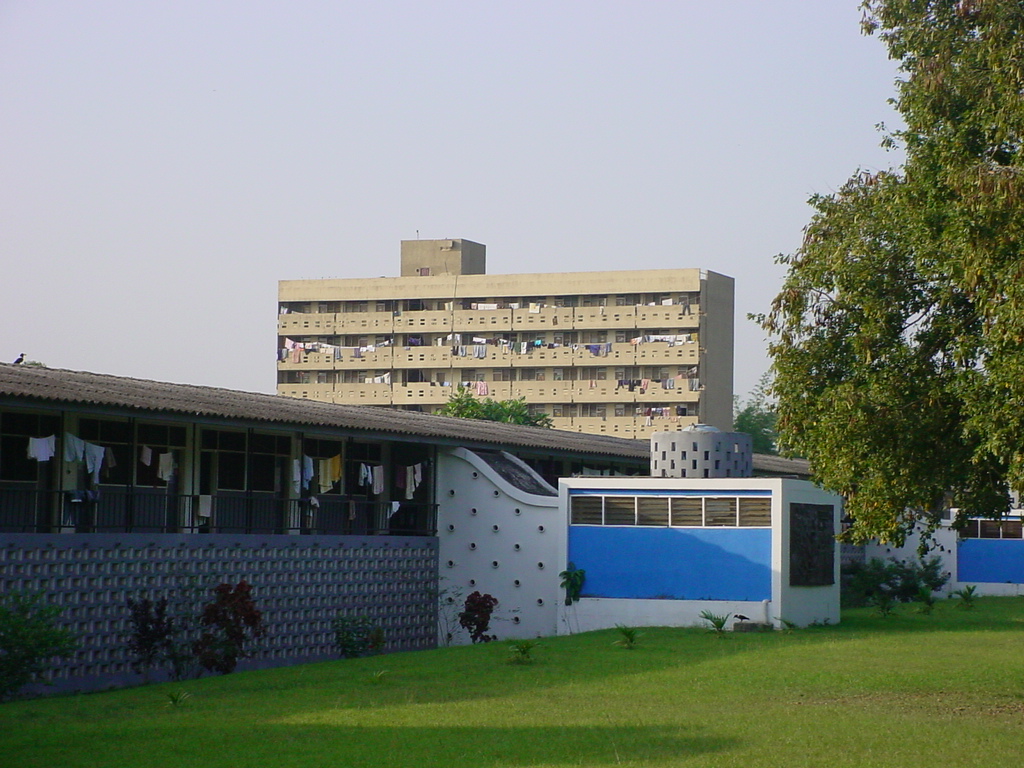 The system of accommodation in KNUST is in, out, out, out. This simply means that you’re only allowed to spend your first year in the halls. There are six halls; three mixed halls, one all girls and two all boys. Let’s take them one after the other;

Independence Hall: Shortened as Indece hall, was officially opened in February, 1959. It was the first permanent hall of residence now houses male and female students.

The hall consists of 198 rooms in the main hall and 96 rooms in the annex ( male and female students ). Inhabitants are called ‘ Spartans ‘ . Indece is next to republic hall when it comes to entertainment. Their halls weeks are really fun; the face of indece get more attention from the students.

Republic Hall: The best when it comes to entertainment and fine girls. It is a mixed hall with about 850 students. It was named Republic to commemorate Ghana’s attainment of a Republic Status in 1960. The Hall was officially opened in1961 and women were admitted to the hall for the first time only in 1991. It has 198 rooms in the main and 96 in the annex block.

Facilities include a modern mini Basket ball court, Games room, Chapel, Salon, Gift Shop, kitchen that serves food etc. Cock Tarven is a very popular Junior Common Room on campus. All throng there to socialise. Repu as it is popularly called is also the home to the Student Representative Council (SRC) Offic